Red Panda: Let's Stop this Animal from Going into the Red! 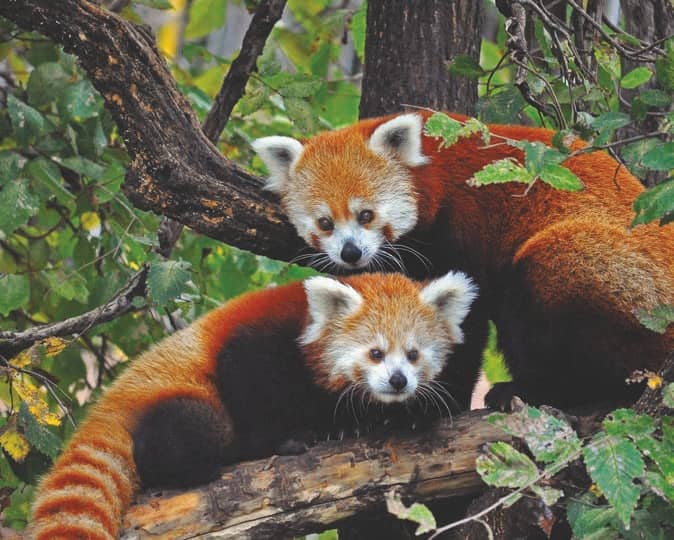 If you ask for a list of the cutest animals, the red panda ranks among the toppers, says Benita Sen. With less than 10,000 adults left, she hopes that the tide will turn for the adorable red panda.

Sadly, looks can’t save your skin. High up in the Himalayas, there is an animal that finds itself on the IUCN Red List of Endangered Animals since 2008. The red panda (Ailurus fulgens), in honour of whom September 19 is earmarked, a mammal found in the eastern Himalayas and also in the southwestern tips of China, is fighting a battle for survival. The worrisome thought is that it is the only member alive of the Ailurus genus. Incidentally, Ailurus means, cat, in ancient Greek. Fulgens, in Latin, means, bright. A bit of a linguistic mishmash, but you get the thought. Although the colour red has attached itself to the name, the thick fur of the red panda is really more russet. If you see a long, bushy russet tail with multiple cream or white rings, high up in the trees around, say, Darjeeling, you can guess who the proud owner is. Yes, this is an arboreal creature, mostly active from dusk to dawn. It does come down once in a while, but even sleeps or rests spread out on branches. The muzzle is white, highlighted by the black snout and beady black eyes. The cheeks have two white patches. The front legs are shorter, so it shuffles a little. Not a very graceful walk. But the red panda can stand upright, for short durations! At a length of about 60 cm (25 inches), it is barely the size of your neighbourhood cat, it has a fuller and therefore, heavier body. The soles of the feet have thick fur that act like a carpet and help it to walk on snow and ice.