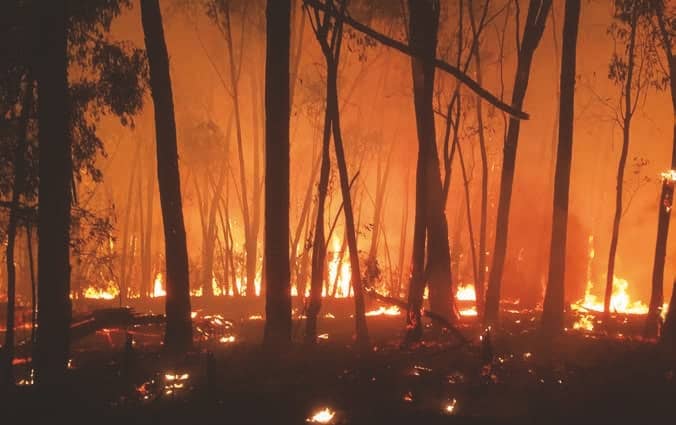 A lot has been said about the year 2020. About how it hasn’t started off too well. Or how it desperately needs a reboot. Given the lockdown across the globe, it is a fact for sure where each one of us has sat back and wondered if this is Mother Nature’s way to teach us all a lesson! In this article, Anjali Prasad lists some of the natural disasters that has rocked the world this year.

Till August 2020, humankind had witnessed every form of disaster, from earthquakes to floods to cyclones to erupting volcanoes. Eighth months to 2020, human civilization has been shaken to the core. Along with the word ‘COVID-19’, the next buzzword in 2020 has been natural calamity or disaster. And we have experienced quite a few. This year, we have faced disasters ranging from geophysical (e.g., earthquakes, landslides, tsunamis, and volcanic activity), hydrological (e.g., avalanches and floods), climatological (e.g., extreme temperatures, drought, wildfires), meteorological (e.g., cyclones and storms/wave surges), biological (e.g., disease epidemics and insect/animal plagues) to geopolitical and economic (e.g., stock market crashes, wars).

The year began with Australia engulfed in bushfires. Soaring and record-breaking temperatures coupled with severe drought ravaged much of the country. Many put forth the idea that the bushfires happened because of drought. The fire affected more than 5 million hectares in New South Wales, the worst-hit state, destroying more than 2000 houses and forcing thousands to seek shelter elsewhere. Data shows that since 1910 Australia has warmed overall by slightly more than 1 degree Celsius, with most of the heating occurring since 1950. As a result, the country recorded one of the driest summers in history. The fire killed over 500 million animals and left koalas in a ‘vulnerable to extinct’ state. And this was just the beginning…

According to the UN, Latin America and the Caribbean is one of the most prone regions to natural events, which include floods, storms and hurricanes, droughts, high temperatures, volcanic effects, and, of course, earthquakes. Between January 6 and 7, 2020, Puerto Rico experienced several earthquakes. On January 6, the island was struck by a 5.8 magnitude earthquake while the next day, two earthquakes of 6.4 and 5.8 magnitude shook the south of the island.