Loss of Sea Otters Accelerating the Effects of Climate Change 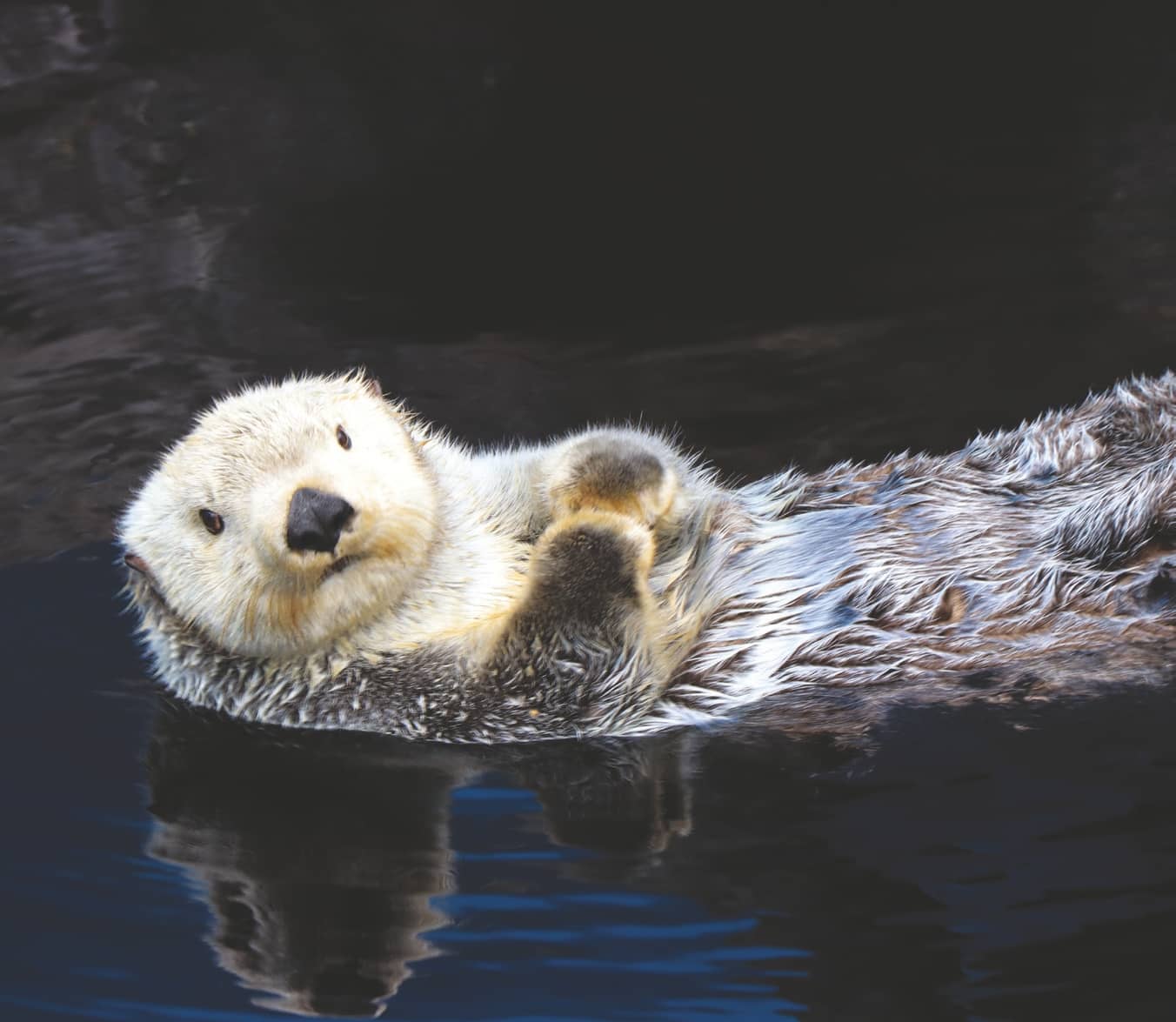 The impact of predator loss and climate change is combining to devastate living reefs that have defined Alaskan kelp forests for centuries, according to new research published in Science.

‘ We discovered that massive limestone reefs built by algae underpin the Aleutian Islands’ kelp forest ecosystem,’ said Douglas Rasher, a senior research scientist at Bigelow Laboratory for Ocean Sciences and the lead author of the study. ‘However, these long-lived reefs are now disappearing before our eyes, and we’re looking at a collapse likely on the order of decades rather than centuries.’ The coral-like reefs, built by the red alga Clathromorphum nereostratum, are being ground down by sea urchins. Sea urchins exploded in number after their predator, the Aleutian sea otter, became functionally extinct in the 1990’s. Without the urchins’ natural predator to keep them in check, urchins have transformed the seascape—first by mowing down the dense kelp forests, and now by turning their attention to the coralline algae that form the reef.

Clathromorphum produces a limestone skeleton that protects the organism from grazers and, over hundreds of years, forms a complex reef that nurtures a rich diversity of sea life. With kelp gone from the menu, urchins are now boring through the alga’s tough protective layer to eat the alga—a process that has become much easier due to climate change.