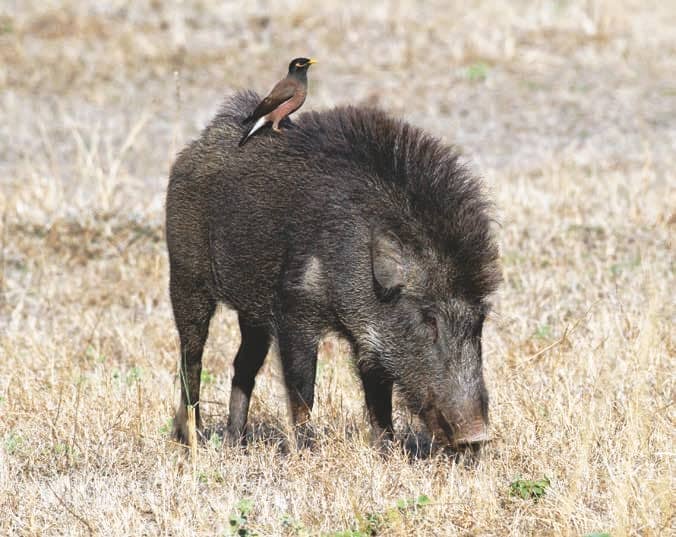 There are certain animals who have a huge impact on the environment. Wild boar are the main ecosystem engineers in India, says Maneka Sanjay Gandhi. Because of their large size and frequent rooting for food they have a significant effect on the forest floor.

The Kerala government has brought in sharp shooters to kill a tiger in Pathanamthitta. The tiger has allegedly killed one person, a person who tried to stop it from killing the cattle tied up near the human settlement. By the time this article comes out, the young tiger will probably have been shot dead. For no fault of his! The authorities and forest department have been on a rampage for the past six months killing wild boars in Pathanamthitta at the behest of farmers. The tiger has nothing left to eat. So now he attacks cattle. In every single place where tigers have supposedly become maneaters—whether Chandrapur, Yawatmal or Pilibhit—it is because wild boar have been systematically killed for months before that.

The most foolish thing that governments can do is kill wild boar. They are the main ecosystem engineers in India. Not only are wild boar the prey of large cats, they, because of their large size and frequent rooting for food, have a significant effect on the forest floor. They help in creating ideal conditions in the soil for germination of seedlings. They also help to disperse seeds because these often pass intact through their digestive tract and are pushed into the soil. One of their most useful functions, and the reason that we are particularly interested in the species, is that they eat bracken or coarse ferns which no other species can digest. They also dig it up for bedding material. This stops it spreading across the forest floor and prevents the growth of seedlings. Insect larvae, earthworms, and snails are usually the staple diet of wild boar.

But farmers keep complaining about the increasing population of wild boar. And the reason for this increase is systematic killing of wolves by the government. So, boar have few predators left.

Nature is so convoluted that each thing ties into another. You harm one creature at one of the world and its repercussions are felt at the other end of the world. Let me give you a few pathways that nature takes.