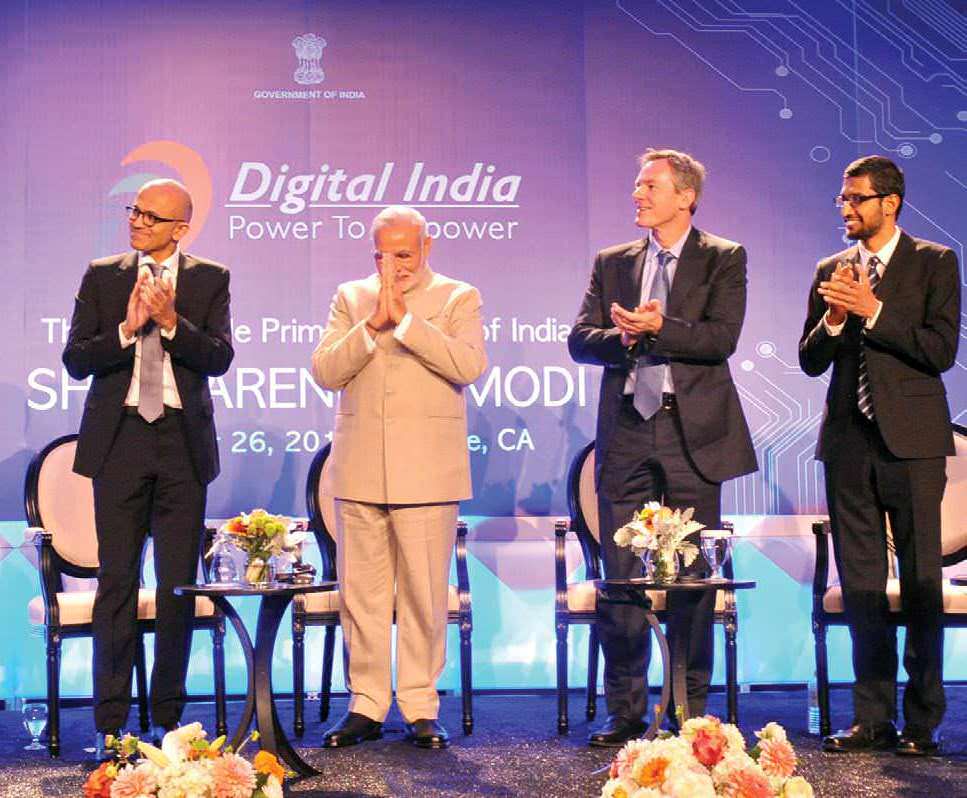 Digital India is an ambitious scheme that can help millions. But if it is not done with the right motive, it will create myriad problems of its own.

With the aim of transforming India into a digitally empowered society, Prime Minister Narendra Modi embarked on a journey towards universal connectivity through one of his flagship schemes, mission Digital India. The project is close to his heart, it has been widely reported, and he is leaving no stone unturned to pitch the initiative at world forums. On his recent trip to the Silicon Valley where he happened to meet tech czars, Modi found vehement support for his Digital India pitch after ‘mesmerising’ global tech leaders.

But what exactly is this Digital India initiative that has not just the whole country aflutter but also has giant foreign corporates and governments alike sit up and take notice? Simply put, this happens to be the Modi government’s attempt to empower the citizens of the country, location or socioeconomics notwithstanding, by extending government services with the help of information technology and its tools. So, it’s an attempt to connect the digitally disenfranchised. This, Modi stated, would bring in investment, create jobs, bridge the digital divide and create a participative, transparent and responsive government. According to the official website, Digital India has three core components: The creation of digital infrastructure, delivering services digitally and digital literacy. Mind you, this is an ambitious project at 1.13 lakh crore with gargantuan hurdles.

Modi’s dream of bringing India to the digital world could actually help turn the economy of the country around, provided Digital India is implemented with no ulterior motive, as some argue it is being done. More on that later, but first let’s take a look at the positives. For the tech giants from the West, India is a huge market with 1.25 billion people. With China’s economy slowing down, the world is looking for new avenues, and this is where the Digital India initiative could play a vital role. Lately the country’s gdp growth rate has been not so impressive while manufacturing output remains dismal. Digital India has the potential to turn India’s fortunes around.

India recently passed the one-billion telecom subscriber mark. Of this one billion, the vast majority are mobile users (around 800 million) and about a quarter of this have access to the internet. Recent statistics have also shown that of its 267 million internet users, 250 million are mobile. Mobiles also accounted for 69 percent of the country’s internet traffic as of May. By comparison, in China, mobiles represent just 30 percent of the internet usage. This depicts that mobile internet access and usage is a paramount factor as devices are affordable as compared to pcs and laptops and more convenient in a country where digital literacy is low.

The reason behind this is that India is ranked a dismal 155th in mobile broadband penetration, suggesting that 5.5 people out of every 100 have access, according to a unesco report. The UN Broadband Commission released ‘The State of Broadband’ report this month which showed India was ranked a lowly 131 out of 189 countries on fixed-broad band subscriptions in 2014, a drop from the 125th rank a year before.