What Does Paris Deal Mean For India? 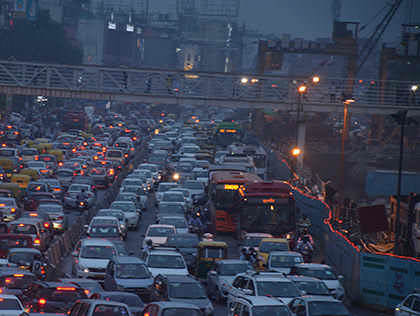 Right to develop should not deter India from tackling environmental destruction.

A round last December, I had trouble getting up from bed every single morning. I repeatedly told myself that perhaps it was the end-of-the-year-wintery-chutti days that brought such laziness and the bitter north Indian cold reaching the bones.

But, deep down, I knew there was more to it. Every morning I woke up with an itch in my throat, and my regular 30-minute run around the Lodhi gardens was leaving me more fatigued than refreshed. Moreover, there were tons of flu and other viruses going around as they often do during each seasonal change. Yet, I felt instinctively that the air was a lot worse than it was during my previous years in the city. There was the news telling me that I was breathing the most toxic air in the world. The shroud of smog clouding Delhi felt like a knife being twisted slowly in my stomach but choking my lungs.

One year down, it has been rather intriguing to witness Le Bourget in suburban Paris turn into the proscenium stage for the ‘act of negotiations’ performed over the past two weeks with leaders from 195 countries. And it had all the right ingredients: tragedy, emotion, drama, suspense.

There was enfant terrible India in the beginning, there were the eternal good guys, France and the US. And at the end, there was the all-important, quintessential catharsis — tears of joy, thundering applause, cheer. As the curtains have fallen, everyone has gone home with the relish of having delivered an excellent spectacle.

Environment Minister Prakash Javadekar, too, has returned with a flourish that they have been able to include the principles of equity and ‘common but differentiated responsibilities’ (CBDR), saving India’s face fractionally on the international stage. India has also been able to stamp its idiosyncratic trademark on the agreement, with a clause on the importance of sustainable lifestyles and sustainable consumption patterns included in the text.

At the outset, it seemed that India was being set up to be the blackguard in case these negotiations failed. But Javadekar clearly has reasons to celebrate as the commander-in-chief Modi tweeted his support: “Outcome of #ParisAgreement has no winners or losers. Climate justice has won & we are all working towards a greener future.”