Veerappan: Eleven Years On, He Is Honoured As A Saviour 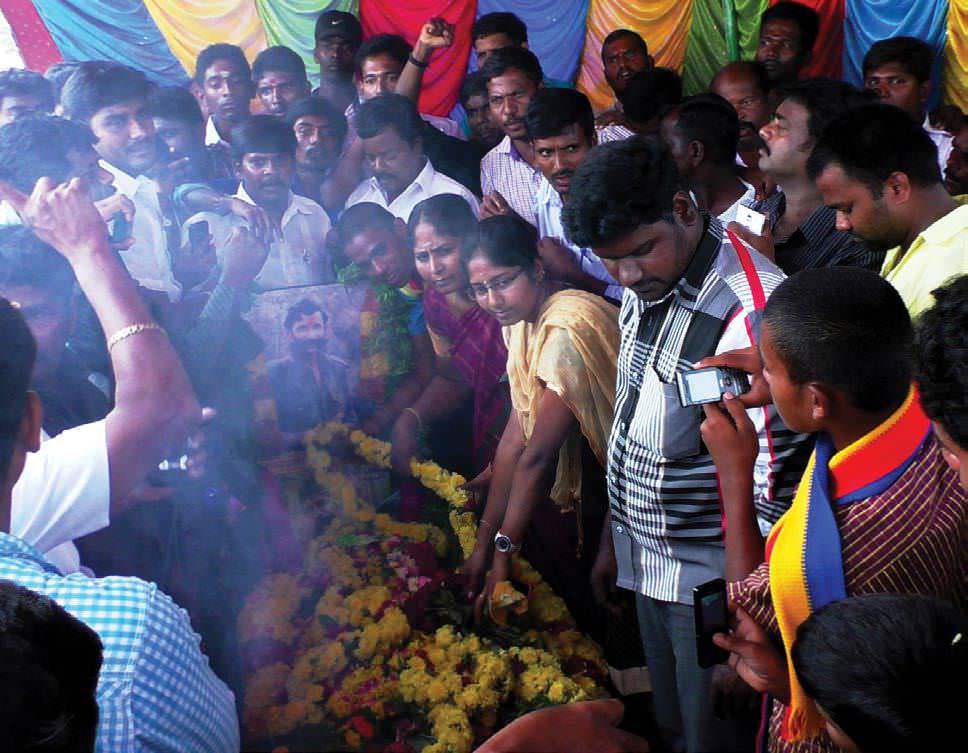 A hardened criminal to the outside world, slain sandalwood smuggler Veerappan is still revered by many in the villages bordering Karnataka and Tamil Nadu.

Veeram Vidhaikka Pattathu (the seed of bravery sowed here). Reads the epitaph inscribed on a piece of rock, which clearly demarcates the grave from thick wild bushes. however, the author of the epitaph remains anonymous. overlooking the majestic Cauvery river, close to the Mettur Daman engineer and surrounded by a vast rocky terrain, the grave of the forest brigand Veerappan is not an abandoned or forlorn one.

Though 11 years have passed since the death of the sandalwood smuggler,Veerappan’s grave still attracts people in droves, especially locals from the forest villages of Western Tamil Nadu and Chamarajanagar region of Karnataka. Every year on 18 October many come to Veerappan’s grave to pay tributes to the sandalwood smuggler, who was akin to a saviour for many. the grave is located on the peripheries of industrial town Mettur, located about 350 km away from Chennai.

“Here, we had sowed the seed of bravery 11 years ago,” says Murugesan, one of the admirers, who paid tribute to the sandalwood smuggler on his death anniversary.

“He may be a sandalwood smuggler and an ivory thief to the outside world, for us he was a messiah of the poor and downtrodden in the region who were at the receiving end of forest and police officials. Veerappan was not just a rebel but a guardian angel, who protected us from humiliation and brutalities. We believe that the seed of bravery will sprout one day,’’ says Murugesan.

Veerappan and two of his associates were killed by the Tamil Nadu Special Task Force (STF) led by tough cop K Vijaya Kumar on 18 October 2004 in a village near Dharmapuri.

Like Veerappan’s wife Muthulakshmi, most of the villagers in Mettur reject the STF's encounter story. Veerappan, who had lost his eyesight partially to cataract, had frequented villages in the hope of getting some medical help. During one of those visits he had fallen prey to one of the many traps laid by the STF. “An ardent idli fan, he used to love idli with mutton curry,” says K Sambath, a local resident and relative of Veerappan.