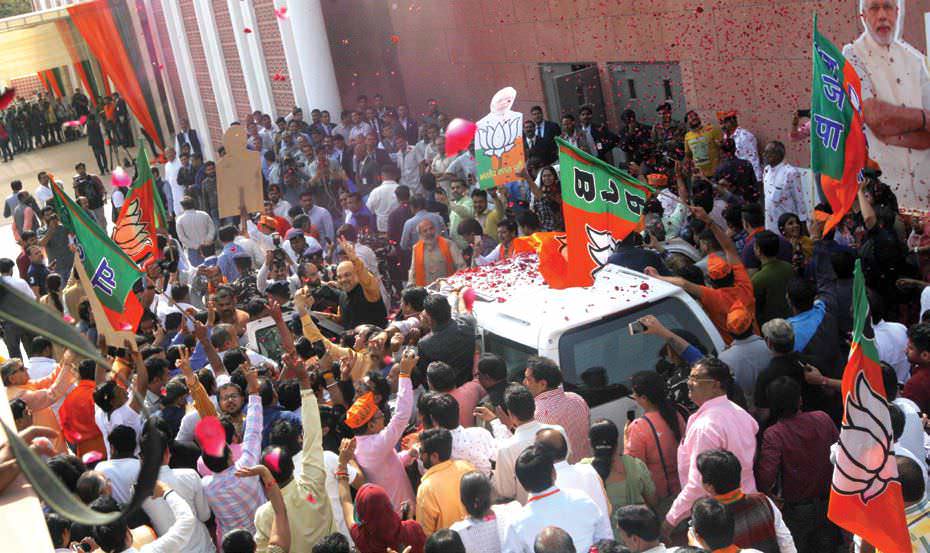 Despite converting a troubled state into a well-managed province, the Left could not portray itself in the correct spotlight to counter the BJP’s maligning campaign.

With just two Lok Sabha seats, Tripura hardly matters in the parliamentary arithmetic of the country. Senior Rashtriya Janata Dal leader and former MP Shivanand Tiwari questions the hype around the recent victory of the BJP in the North-East on this ground, saying that the results would hardly have any impact on the poll outcome of 2019. But the manner in which the outcome of the keenly-contested assembly election has been hyped points to the political significance of the victory for the BJP. The desperation shown by Prime Minister Narendra Modi and BJP President Amit Shah for winning the tiny border state too gives a glimpse of it. The duo roped in dozens of central ministers and leaders to campaign in the state and ensured that the RSS should be active in the region with all its might.

A close look at the politics of the country would only reveal that it has, by and large, become unipolar in more than one way. The consensus on economic policies among most of the mainstream political parties testifies it. There is hardly any difference among them on the policies of liberalization and globalization. The direct implication of this situation is that the corporate sector is guiding the articulation of political discourse in the country. The Left Front — CPI(M), CPI, RSP and Forward Block — is the only political block which is exception to it. It is opposed to the unipolar nature of politics and is taking clear ideological position on economic and political issues. Unlike Congress and other political parties, it opposes policies of liberalization and globalization in an unambiguous term. This is the only block which is also fiercely opposed to communal politics and hardly shows any deviation.

This is in contrast to what Congress and other parties do. They show ample political opportunism and are often soft on Hindutva or minority communalism. The recent example of Congress’ soft Hindutva could be been seen in Rahul Gandhi’s wandering in Hindu temples of Gujarat and Karnataka. This ambiguity in its policies explains why its cadres switch over to BJP so easily. It is easy for an ordinary leader of the Congress, Samajwadi Party or other mainstream political parties to switchover to the BJP. They do not feel any hesitation in speaking the language of Hindutva. Though, of late, Rahul Gandhi has started criticizing economic policies, how much change he is likely to bring in Congress’ economic policies is a matter of speculation. The thinking of Congress is still guided by persons like Manmohan Singh and P Chidambaram. They are unlikely to change their stance. What Rahul is propagating might be a liberal face of these economic policies.