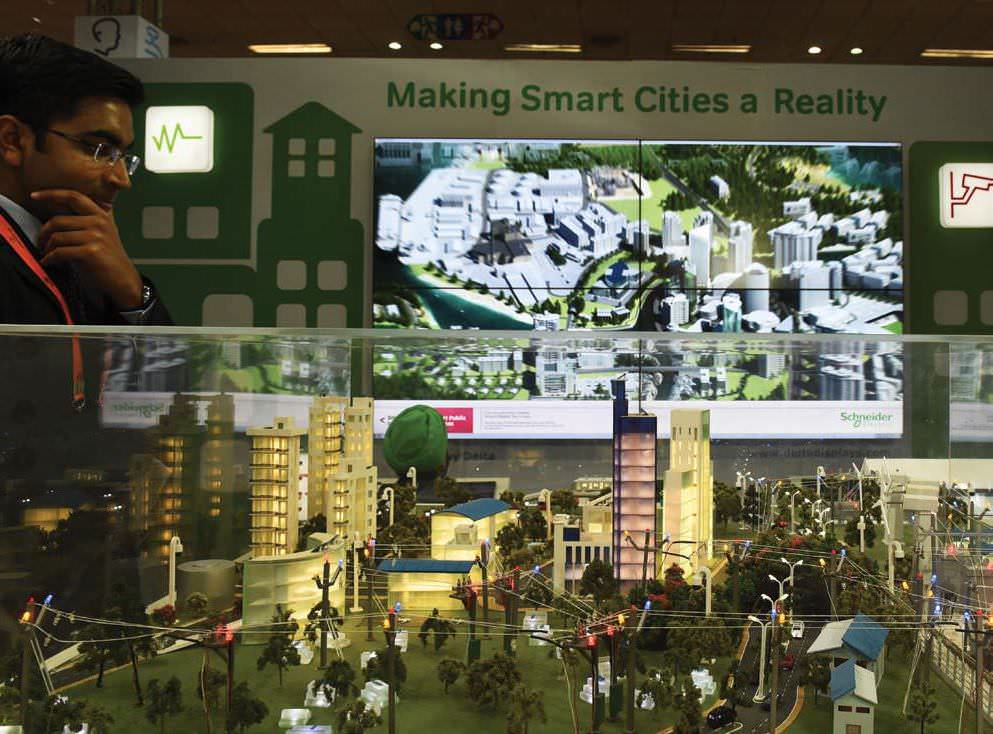 In its haste to smarten 98 cities across the country, the Modi regime may create a set of new problems and end up with half-baked solutions, says Alam Srinivas.

Think of a global smart city and most will come up with the obvious names – London, New York, Mexico City and Singapore (though the latter is a country). However, when the International Community Forum (ICF), a New York-based think tank, announced its 2015 list of seven finalists, it didn’t include the above-mentioned large urban conglomerates. Apart from Rio de Janeiro (Brazil), the others were smaller. Unknown ones like Columbus (US), Ipswich (Australia) and New Taipei City (Taiwan).

In November this year, when Venkaiah Naidu, the minister for urban development, selects the first list of 20 cities, out of 98, which will initially become ‘intelligent’, it may spring a few surprises. What if the initial list comprises names like Namchi (Sikkim) with a population of just over 12,000, Kavaratti (Lakshadweep) with just over 11,000 people, and Pasighat (Arunachal pradesh) with a population of nearly 25,000? It will finally boil down to the ‘Smart City plan’ that the selected consultants design and devise for the various shortlisted cities.

herein lies the problem. In the hurry to implement the proposal, Naidu short circuited the process. The definition, vision and scope of a smart city was left vague as well as all-encompassing. The time required to achieve the objectives

was squeezed to unreasonably short periods. As one of the consultancy firms, which refused to participate in the project, says, “the final outputs, in terms of city-specific blueprints and plans, may turn out to be a cut-and-paste job borrowed from global examples. There may be little or no innovations in it.”

To be fair to the government, it admitted that there was no “universally-accepted definition” of a smart city. On its website, www.smartcities.gov.in, it added that the concept would vary from city to city, country to country, and depend both on the policymakers and citizens. Clearly, a smart city in Europe or the US would be different from that in India; even in this country, different cities would require different plans. One-size-fits-all strategy cannot work. This is sheer common sense that stems from our own experiences of cities and towns.

Unfortunately, the urban development ministry insisted that the focus of its smart-cities vision was on “sustainable and inclusive development and the idea to look at compact areas and create a replicable model which will act like light house to other aspiring cities.” The ministry note added that the idea was to replicate the models even within the smart cities and catalyse the “creation of smart cities in various regions and parts of the country.” Clearly, there are inherent contradictions in the underlying philosophy of the overall plan.

The ministry has, in its ‘strategy’ document, included the concept of ‘pan-city development’. It envisages the “application of selected smart solutions to the existing city-wide infrastructure.” Pan-city is an additional feature that needs to be a part of any proposal. The idea: “Since smart city is taking a compact area approach, it is necessary that all the city residents feel there is something in it for them also.” Thus, there has to be at least one, or ideally several, smart solutions to make the schemes seem ‘inclusive’.

Over the next few years, the idea of pan-city solution(s) may create several problems. One, in a bid to achieve the objective, the agencies that implement it may take a few shortcuts. It may lead to incomplete execution. Two, some of these agencies may resort to corrupt practices to cajole the municipal bodies to officially confirm that the solutions pan across the cities. Finally, the external planners may incorporate easy solutions in their plans, rather than think out-of-the-box.