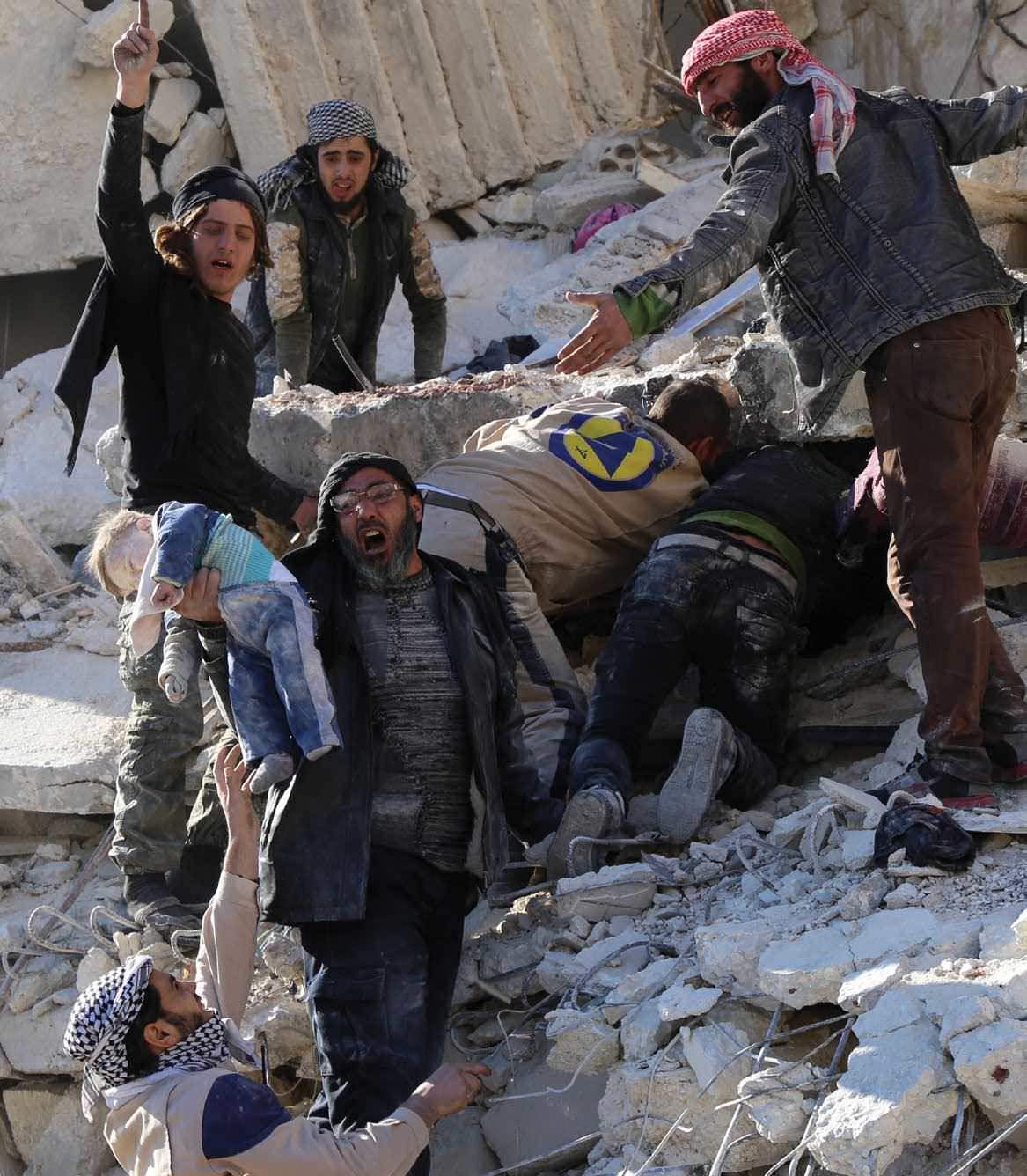 The way Russia turned the Syrian war around puts a question mark on the future of US domination of the world.

There’s something strangely familiar about the conflict in Syria. It seems like a replay of what we saw decades ago in the Cold War, when Washington and Moscow fought each other, not directly, but through a range of proxies in various parts of the world, from Southeast Asia to Africa and Cuba.

The Cold War analogy could also be attributed to continuing Russia-US rivalry, whether in the latter’s refusal to allow Moscow a place in the European community of nations or in Russia’s annexation of Crimea and the occupation of two Ukrainian provinces last year in response to US-inspired “colour revolutions”; or before that in 2008, when Russia intervened in support of two breakaway provinces of Georgia (Abkhazia and South Ossetia) as that country moved to join the US-led NATO.

But the Cold War was, at its core, an ideological struggle between ‘godless’ communism as exemplified by Soviet Russia, and the so-called free world led by the US. In the current conflict in Syria, however, there is no ideology at stake, rather it reflects a struggle between the Sunni and Shia strains of Islam into which, ironically, the US and Russia (reviled otherwise by the Islamic world) have got involved for very different reasons.

Let’s take a look at the role of the two main US backed regional players, the Saudis and Turkey, both Sunni majority countries that are accused of covertly backing the Islamic State (IS) even when the IS represents a threat to the stability of their governments.

The IS has bombed mosques in Saudi Arabia and attacked its leadership, yet Riyadh’s air operations against the group have taken a back seat to the US. Western reports say more than 2,500 Saudis have joined the IS in Syria, perhaps the largest from any country, and donations by wealthy Saudis continue to flow. Possibly, the Saudis are more focused on fighting the Iran-backed Shia Houthi tribesmen in Yemen and see the IS as a “useful temporary ally” in its sectarian war against Iran. In that sense, the Saudis have no problem with the IS attacking Assad.

Turkey’s motives are even murkier. President Recep Tayyip Erdogan had grand visions of restoring his nation’s old Ottoman Empire boundaries. That never took off but Turkey is known to have looked the other way to facilitate the flow of fighters to the IS, and is accused of conniving in the sale of oil

from IS-held Syrian oil fields. Incidentally, some of this oil is going on to Israel.

With its allies reluctant to go down the bash IS route, the US has engaged in some desultory bombing of the IS since last year, inevitably with little or no result. An obvious target, the IS headquarters in Raqqa, Syria, was never hit; the smuggling of oil to Turkey from Syria and its transport across the desert in tanker trucks to Turkey did not merit an air strike!

The Washington Post quoted Iraqi soldiers as claiming they had seen US military helicopters air dropping ammunition and even bottled water to the IS around Baiji, in northern Iraq. The report was dismissed as “beyond ridiculous” by the US military spokesman in Baghdad, but the same report quoted him as admitting that many Iraqis believed it.

Russia, however, showed more intent and focus when it began its air attacks on the Is in Syria in September. In a little over a month, Russian fighter bombers targeted Raqqa forcing, according to some reports, the departure of the self-styled Emir Abu Bakr al-Baghdadi, who is believed to be in Mosul, northern Iraq.

Indian diplomats say that by going for the Is jugular, Russia is underscoring its concerns about the Is, and the need, therefore, to contain and destroy it. It stemmed from Russia’s experience in the Caucasus, a mountainous, ethnically diverse region stretching 470,000 sq km between the Black and Caspian seas. the northern part of this region comprising five provinces (Cherkessia, Balkaria, Ingushetia, Chechnya and Dagestan) is part of Russia, is predominantly Muslim and has had a historically troubled relationship with Moscow.

Russia had to sign a humiliating peace accord with Islamist separatists in Chechnya after the first Chechen war (1994-96). this was perhaps Russia’s first experience of Islamists at home and they comprised not just Chechens but scores of foreign fighters. there was also evidence of Saudi money funding