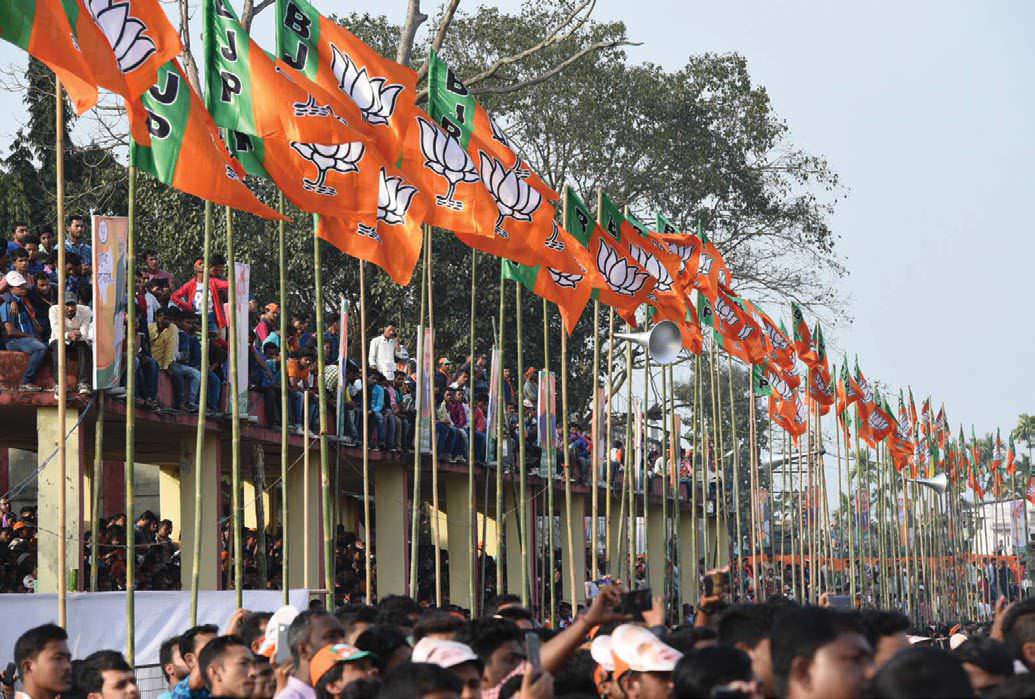 The Left’s defeat in Tripura was more a success of the BJP’s thunderous campaigning and the ruling government’s failure to make people realise its achievements during the quarter-century of its rule. The ground is now fertile for the Left to change its stubborn style of functioning and make a comeback,

The elections in Tripura seemed more of an ideo-logical fight between the Right and the Left than an electoral one. The CPI(M) had certainly gone astray in this fight. In the era when BJP is blatantly expanding its Hindutva ideology, the CPI(M) is enthralled in discussing whether Prime Minister Narendra Modi’s rule conforms to authoritarianism or fascism, or whether the CPI(M) should have a tactical alliance with the Congress. The results have proven that it was not enough to project that the people of Tripura would reject communal politics. It has been four years since the BJP government came in at the Centre, but various sections of society are still enamoured by PM Modi despite his myriad failures. The party has continued to grow electorally as well as ideologically. The party went about building individual party wings for the youth, women, SC, ST, OBC, minorities and farmers. Vistaraks were appointed to ensure there was no infighting and any dissidence did not brew to the surface. ‘Panna pramukhs’ were given one page each out of a 17-18 page voter list. Each page has a list of 60 voters. The ‘panna pramukh’ was supervising the needs of each of the 60 voters.

Apart from a social media team of young people fluent in English, Bengali and Kokborok, some 400 vistaraks were brought in from Assam in the final leg of the campaign. Apart from this, the BJP carried an arsenal containing all sorts of uncivil and anti-humanitarian weapons to gain victory. The Left’s campaigning was not modernised in a way it should have been. The Left front ran a door to door old-school campaign. Even the rigorous social media of CPI(M) campaign started quite late as compared to BJP. The ‘CPI(M) model of governance’ wasn’t sold well even though the party ruled Tripura for 25 years. The Left clearly had no counter to the vicious communal and sectarian campaign of the BJP.

The honest and austere image of CM Manik Sarkar certainly helped extending CPI(M) rule in Tripura but all it took to fail that was the BJP’s more powerful appeal — “The PM is much bigger than the CM and he will care for you too if you vote his party.”