Public Shaming In The Age Of Social Media 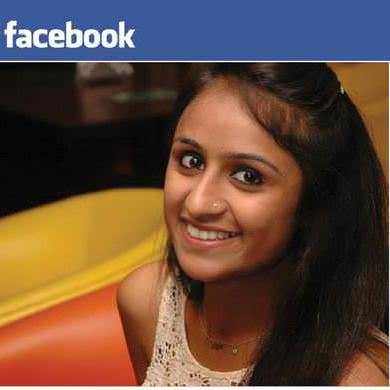 Crying wolf has never been easy for women, which is why public shaming does deliver a rough kind of justice

In 1998, the onset of the digital revolution plunged 22-year old Monica Lewinsky into the heart of a political maelstrom. Paraded and parodied online for her affair with Bill Clinton, then US president, Lewinsky became the subject of rap songs, postage stamps, memes and an online catchword for political sex scandal. At every suggestion of Clinton, be it Bill or Hillary, Lewinsky was dragged through mud. Google search engines would light up again and again and phone records of her alleged conversation with Clinton would become the trending topic of the day.

Breaking her 10-year silence on the scandal, Lewinsky recently wrote about her experience of public humiliation. Explaining how she had lost the comfort of being anonymous, Lewinsky wrote, “Trying to disappear has not kept me out of the fray. I am, for better or for worse, presumed to be a known quantity. Every day I am recognized. Every day. Sometimes a person will walk past me again and again, as if I wouldn’t notice. Every day someone mentions me in a tweet or a blog post, and not altogether kindly. Every day, it seems, my name shows up in an op-ed column or a press clip or two — mentioned in passing in articles on subjects as disparate as millennials, Scandal [a TV serial] and French President François Hollande’s love life.”

Closer home in New Delhi, on 23 August this year, when Jasleen Kaur, a student of St Stephens’ College posted a photograph of her alleged eve-teaser on her Facebook wall and asked everyone to share her post widely, there was an instant clamour for shaming the motorcyclist online and bringing him to ‘justice’. In three hours, her post on the alleged molester went viral. Men and women applauded Kaur for her courage and expressed their outrage and disgust at the alleged perpetrator. Some of them also highlighted the need to inform his family of his ‘shameful’ act.

Soon news agencies picked up the story and the capital city along with Delhi cm Arvind Kejriwal were celebrating Jasleen as the ‘braveheart’ who stood her ground against the ‘pervert’. However, there was a dramatic U-turn when the accused Sarabjeet Singh, who reportedly lost his job over the incident, came out in public with an eyewitness account. As soon as the eyewitness stated on record that there was no eve-teasing and that the incident was a mere argument, Kaur was immediately called a ‘liar’ and an ‘attention-seeker’ online. In a few days, the alleged victim of eve-teasing who was once called the ‘braveheart’ had become the subject of memes and a synonym of Rakhi Sawant.

Though details of the case are still being investigated by the police, the incident has ignited a furious debate across the country. Drawing parallels to the curious case of the Rohtak sisters (who provoked men in a bus and taped the ‘assault’), Kaur’s case has raised many hackles. “I shared her post as soon as I saw it on a friend’s wall. But when I saw her on TV, and when her arguments fell flat, I felt absolutely furious. How can her word be the truth, just because she is a woman?” asks Saket, a first year BA student at du. Responding to the online abuse against Jasleen Kaur, Bangalorebased event planner Anjali Puri says, “This is quite common. We do not like it if women speak out against sexual harassment. So, when they do speak, we try to vilify them so much so that they lose their credibility. I feel that this incident will also affect other women who would want to raise their voice against sexual harassment.”