Not Safe At Home 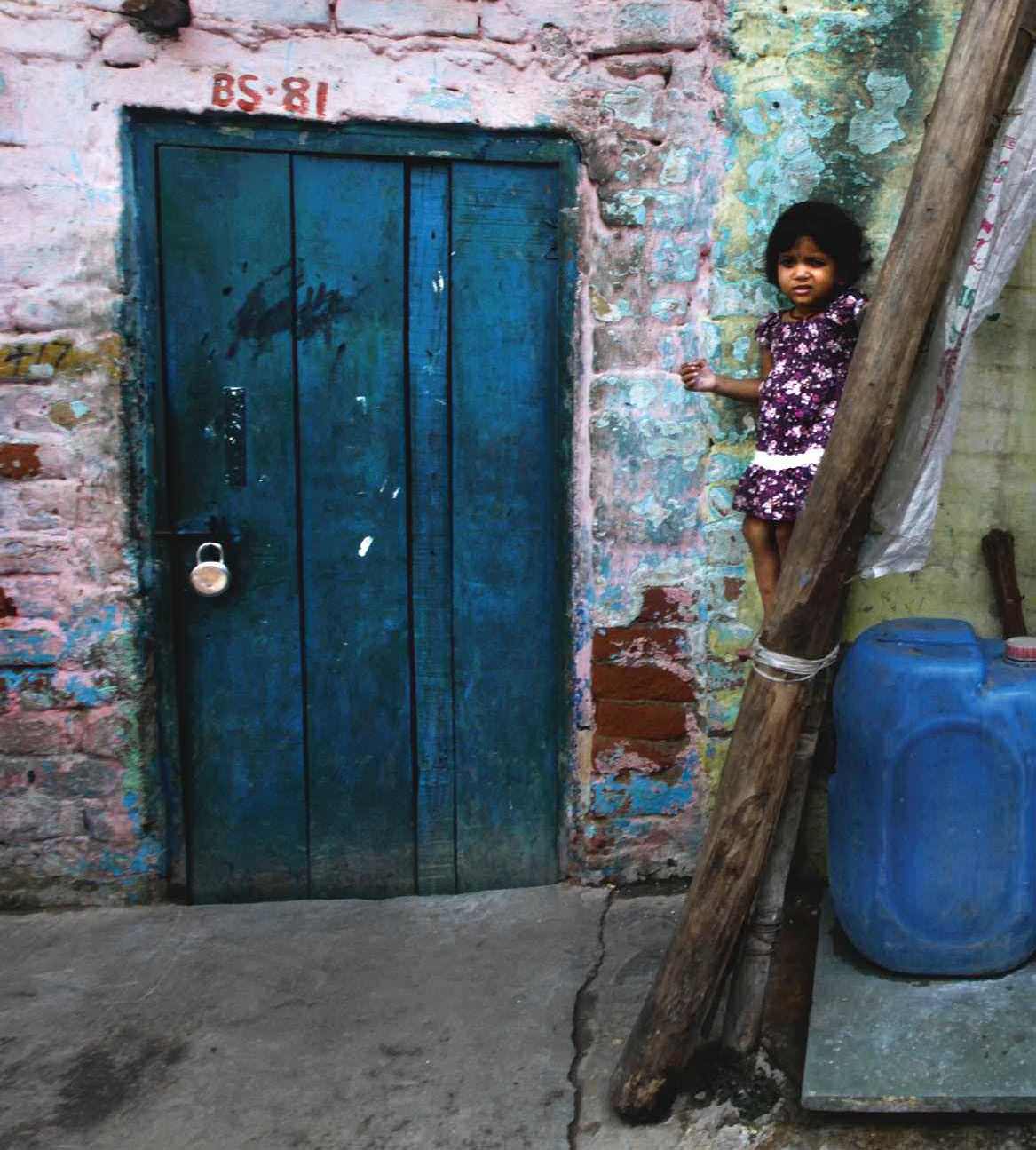 Horror stories making headlines in the national capital have put the spotlight on the need for gender sensitisation and a safer environment for children. Despite the new laws, however, concrete action seem a long way off for thousands of minors living in insecure conditions.

Like an old wound that throbs afresh in inclement weather, the memory of 16 December brings a singeing pain when Delhi’s harsh winter sets in. The commemoration of a barbaric act in the name of Nirbhaya was meant to strengthen a society’s resolve that violent crimes against women must stop forthwith. That is why thousands of sensitive souls took to the streets to demand that the State take note of their anguish and ensure personal security.

However, the streets of the city did not become any safer — let alone its enclosed spaces. The bestiality of male predators breached all human barriers when four-year-old Neha (name changed) was violated yards away from her own house.

After it all, when she stood on a mound of garbage bleeding profusely, she struggled even to say the word ‘Papa’, let alone describe the ordeal to which she had been subjected. It was left to her grandfather Kishan to put words to the atrocities. “Blade se yahan kata (cheeks), hont par bhi blood mara. Sir pe pathar mar diya, gala ghota, (He slit her cheeks and lips, drawing blood. Hit her head with stone and tried to strangle her).”

He pauses before continuing, “Balatkar bhi kar diya (He raped her too).”

It is the evening of 9 October and the little girl is in the ICU at Safarjung Hosiptal, the very hospital where Nirbhaya succumbed to internal injuries. In Neha’s case, vaginal injuries were so severe that surgeons took two hours to repair the torn tissue, a source tells Tehelka. Alternative passages had to be created for the excretion of urine and stool. Doctors say that her physical recuperation will take at least three months.

The family lives in the slums located along the railway lines of Keshavpuram in northwest Delhi. The path to her house is a maze of cement slabs and water pipes interspersed with pools of sewage. Neha’s elder sister, five, is sitting silently in the same room, as big as an ATM vestibule, while her eight month-old brother plays. “Yahan jagah kahan hai, idhar hi track ke paas sab baithe rehte thhe shaam mein. U (Neha) roz dhura mitti mein khelti rehti thi (There is no space inside the dwellings so we sit outside near the track. She was playing as usual in the dirt)” her grandmother Ramshree says before breaking down hysterically.

She recalls how difficult it was for her to recognise Neha, covered as she was in pool of a blood, when a woman brought her from the garbage heap. For her, justice is no noble concept, it can only be delivered by the hands that nurtured the child. “Humare hath lag jata to yahin botti-botti karke gad dete (I would have caught him, butchered him and buried his body myself ).”

The only consolation — if there can be any in such a case — is that when the accused were lined up with other four men by the police in the hospital, the perpetrator was immediately identified by Neha. “Rahul bhaiya ne chot lagai mujhe. (Rahul is the one who hurt me.)” That she innocently calls such a person ‘brother’ is just part of the horror of it all. While her favourite doll is still hanging in the room, her father Manoj, a construction labourer, carries new toys for her to the hospital.

Kishan informs Tehelka that the accused has handed over a blade from the crime spot and the bloodstained clothes he wore that evening from his house. A regular visitor to the area for drinking sessions, he lured the girl with the promise of chowmein and ten rupees.

“Investigation is on as they believe others too were involved in this barbaric act,” adds Kishan. He further says that they don’t want Neha to recall even a bit of this nightmare. “All we want is a better future for her. I request Delhi CM to make arrangements for her studies and health issues that she might face in future,” he pleads.

Even before newspaper readers could forget the 9 October headline ‘DELHI SHAMED’, it happened again — this time with a two-and-a-half-year toddler in West Delhi’s Nilothi. Unaware of the brutes hovering around, she was playing right outside the house. Ramleela festivities a feet away and playmates all around were the only realities she could have been aware of at that tender age. “Ramleela mein gana chal raha tha ‘meri-teri katti ho gai’. Gudiya peele kapde mere dhaure hi khel rahi thi. Mera dudha ka botla ka dharna hai, Gudiya nahi thi (She was playing in yellow dress in front of me. Song was going on in Ramleela. I went inside home to keep the milk bottle and when I returned she wasn’t there),” says her grandmother Jagvati.

The search for the missing girl started at 11.30 pm. Unfortunately, three hours later, when police and family members found her in the Karma Bhumi Park a kilometre away, it was too late. She was lying unconscious, bleeding profusely. Gudiya was gangraped by those she can only describe as bhaiyas. The two juveniles who have been nabbed in the case are Luchi, 16, and Sanoj, 17.