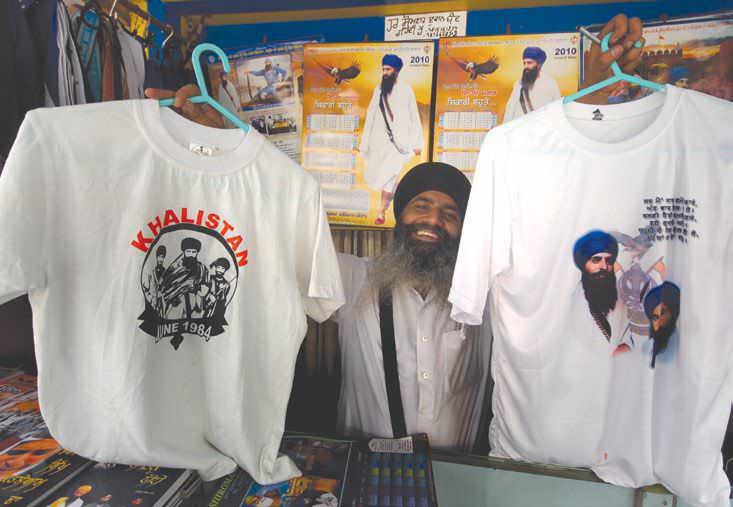 The issue of Khalistan is rather a non-issue for a majority of Sikhs. Instead of giving it undue weightage, the leaders would do well to focus on the genuine and constitutional demands of the community.

The first task one needs to undertake to solve any problem is to understand it. On Punjab, where we needlessly continue to insist on turning an asset into a liability, understanding has been the greatest casualty. Therefore, before we get prescriptive on the subject, let’s first get the diagnosis right. Let us, in other words, get our facts in place.

The Sikhs constitute below 2 per cent of the population of the country. They have a long tradition of being fiercely patriotic. But every now and then, when a nondescript Sikh declares himself a radical, the whole of our national media splashes it as ‘Breaking News’ or a headline as if the entire Sikh community had spoken through that self-styled spokesperson. It doesn’t matter that the self-proclaimed spokesperson generally has not won a formal mandate to represent a state legislative constituency or even a village Panchayat in Punjab. And there are at any given time more than two scores of such “sole spokespersons” of the Sikh community none of whom has ever won an election in Punjab — neither for a legislative nor for a religious role among the Sikhs.

This guy called Jaspal Atwal who was at the heart of the controversy surrounding the recent trip of Canadian Prime Minister Justin Trudeau is one such “sole spokesperson” of the Sikhs. Quite embarrassing for the media that Atwal has since declared himself against all forms of violence, separatism, pledging himself to the unity and integrity of his country. “India is my country,” he declared the other day for emphasis.

It might surprise most people in the country and everyone in the media that the concept of an independent Sikh state was originally floated by none other than Pandit Jawahar Lal Nehru in the pre-independence period through a Sikh leader whose ear he had at that time. Although the term had popped up occasionally as a non-serious slogan by stray unrepresentative voices during the period leading up to the partition of the country into India and Pakistan, the concept was first given formal shape and the term Sikh Home Land first used by Master Tara Singh at Nehru’s behest as a “counterblast to Jinnah’s demand for an independent Muslim state, Pakistan.

Nehru had successfully converted the mercurial Sikh leader to a fake ‘political religion’ and persuaded him to demand a paradise not to secure it but only to deny it to someone else. In other words, the demand for Khalistan was first raised to counter and kill the demand for Pakistan. Thus, ironically, Khalistan was invented to preserve India’s unity and integrity, and not to break it. It was used to frighten the British away from the idea of Pakistan. The idea was to counter the geographical absurdity of partition with the geographical absurdity of another partition — in fact, many partitions to accommodate the Nagas, the Mizos, the Tamils, the Sindhis, the Pakhtoons, the Gurkhas, the Dogras and so on.

Sadly, Nehru himself later forgot to tell his party that the Sikh Home Land was nothing but a Congress sub-plot to defeat a larger plot.

Nehru knew better than anybody else that the British government and the people suffered from extreme political, moral and economic fatigue with regard to India. They wanted themselves out of the country as soon as possible. In fact, the creation of Pakistan itself, with the ridiculous absurdity of an East and West Pakistan separated by nearly the vast Indian stretch of over 2,000 kilometres, was the result largely of this British fatigue.

As the dream of a new country to be known as Pakistan drew closer to reality, the Sikh frustration over its realization grew stronger and stronger, culminating in Master Tara Singh drawing his long Kirpan (Sikh ceremonial dagger) out of it sheath to declare that Pakistan would be created only on his dead body. He threatened bloodshed in case Pakistan was created. Thus, the man who had raised the demand for a second partition of India Version — 2 was now threatening to die or kill — or both — in order to stall the Partition of India Version – 1.