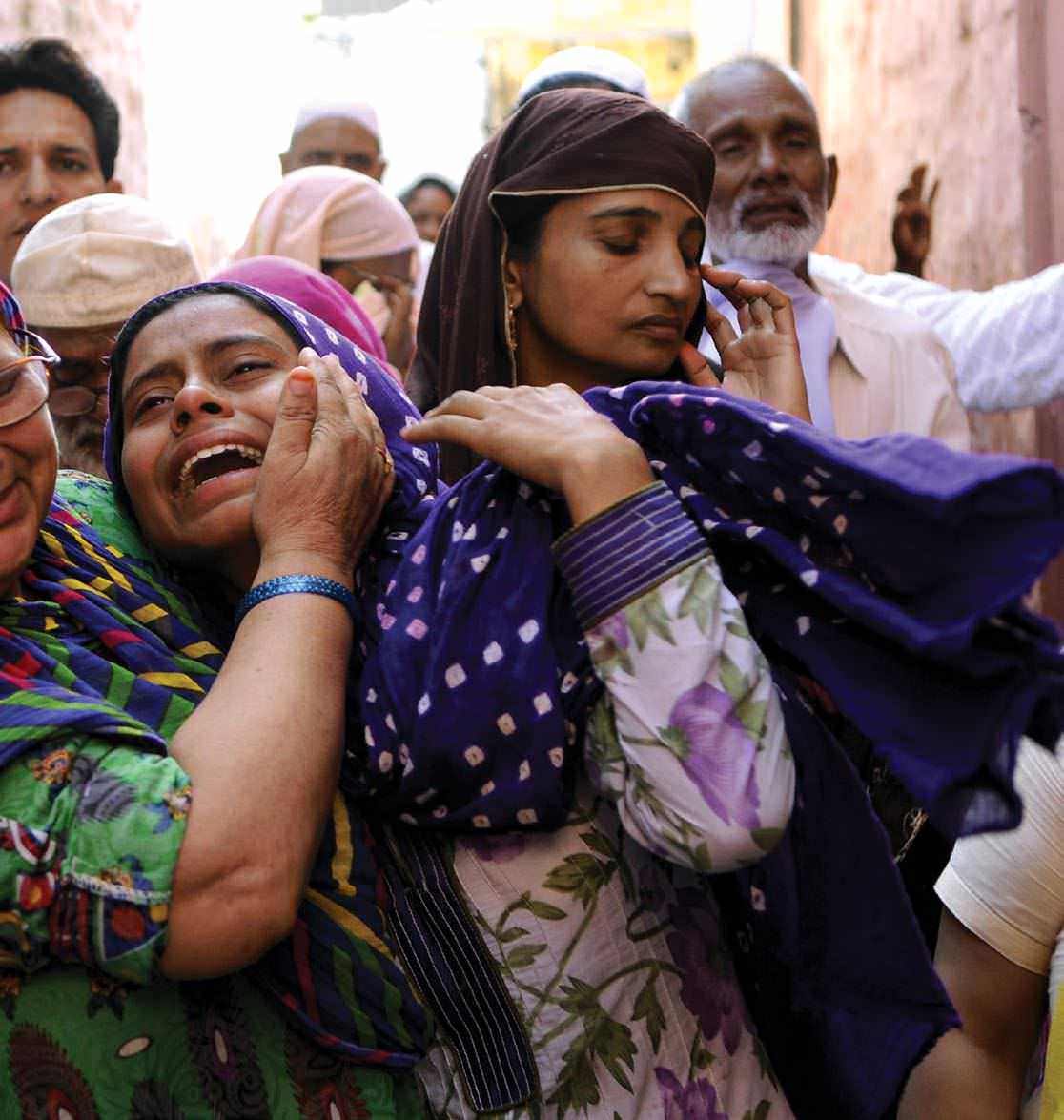 The politics of save the cow claimed one more life not far from the national capital. Anurag Tripathi finds out how it became easier to kill a man rather than a cow in this western UP village.

It will soon be 8 pm. There is a nip in the air. Clearly, the days ahead are going to get colder. And here in Bisada, a village near Dadri town in Gautam Budh Nagar district, barely 70 km from New Delhi, the coldness is also one of death. Death and its silence. It is the coldness of a village divided. A divide marked by blood.

Warm weather would not have made it any different. For this is the village where 50-year-old resident Mohammad Akhlaq was lynched by a mob of Hindus and his 22-year-old son Danish critically wounded. As Danish fights for his life in an ICU, Bisada has changed, perhaps forever.

The scene at the makeshift tea stall at the entrance of the village is a telltale sign of the change that overwhelmed the village before the people could reflect on what was happening to them. How things can change in a matter of days. It took just a week, after all, to transform a village where people believing in two different faiths lived together for centuries, into a breeding ground for hatred.

The shop has been closed since that fateful evening of 28 September when Akhlaq was killed. But its clientele continue to stop by at their usual times to check if things have “limped back to normalcy” at the tea stall. “This was our daily meeting place since the past 30 years. There was never a day when we didn’t meet here,” says Roopchand, a 70-year-old farmer. “Family matters to national politics, we would discuss everything over cups of extra-sweet tea. But we never discussed religion. In fact, we barely noticed that half of us were Hindus and the rest Muslims.”

Every day in the past week, Roopchand has arrived at the right time for that cup of tea with friends, but only to find the shop closed. “The social fabric of this village has been torn beyond repair,” he says. “It will take ages before Bisada can be Bisada again.”

Late in the evening on 28 September, netizens of “Modified” India were busy changing their display pictures to support Prime Minister Narendra Modi’s “Digital India” campaign even as Modi was boasting to the world of his humble background and the great opportunity his country had given him during a town hall meeting at the Facebook headquarters with its CEO Mark Zuckerberg. And out here in Bisada, something sinister was brewing.

A mob was giving final shape to a plan for lynching Akhlaq and his family. The pretext was that the family had consumed and stored beef in their house. Communal tension was new to this village, home to 2,500 families of which only 50-odd comprise Muslims.

Suddenly, this nondescript village Bisada was in news for all the wrong reasons. Overnight it turned into a police camp and a “media hub” with crews and OB vans swarming the village streets. Media exposure led to a few arrests of suspects. And within a week Bisada turned into another hotbed for fundamentalists of all hues to practise their politics of hatred.

“The lines are clearly drawn in our village,” says Roopchand. “Hindus are Hindus now and Muslims are Muslims. The old ties of brotherhood are no more.”