Breaching The Walls Of Fortress Europe 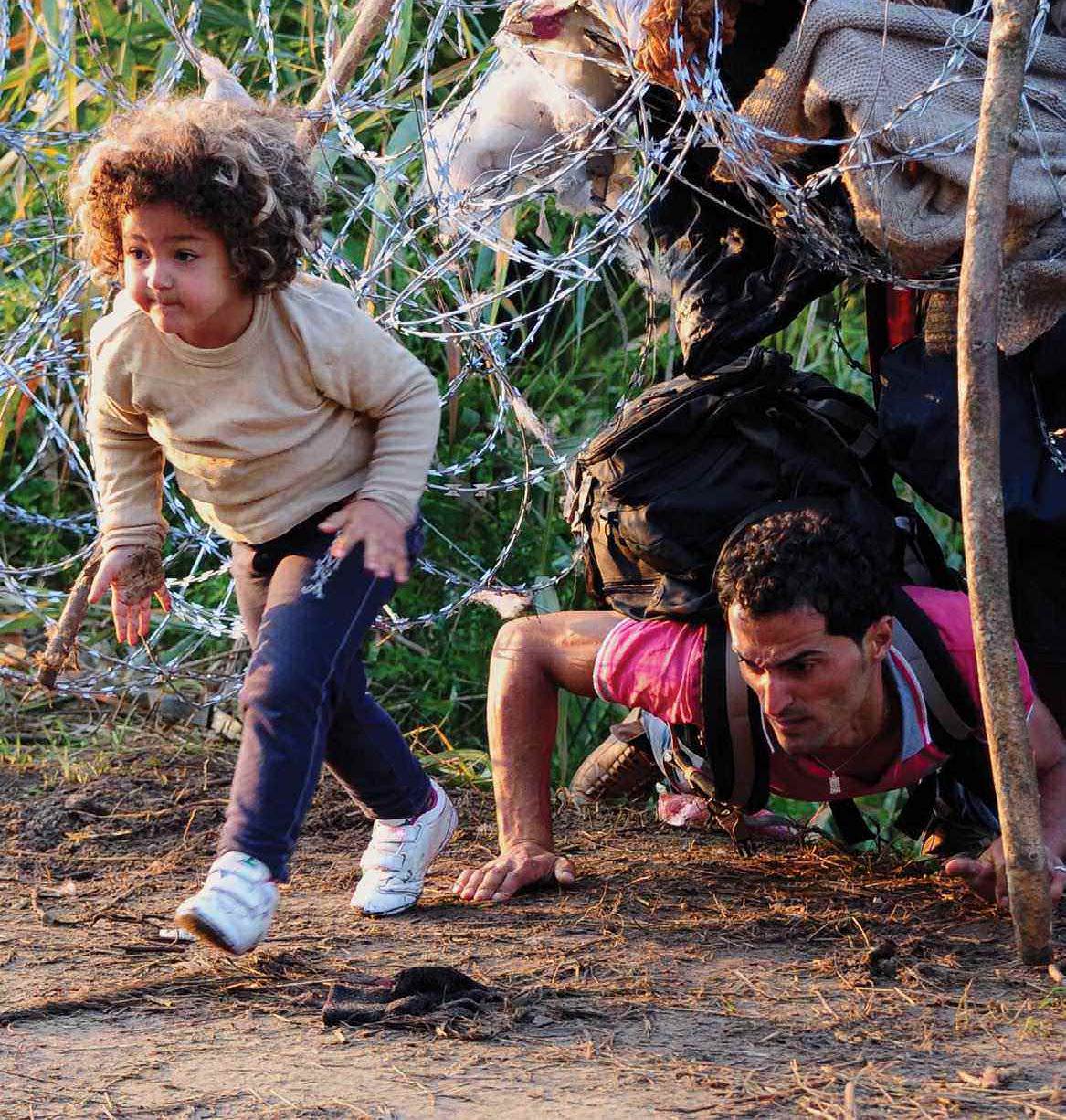 As war-wearied Syrians scramble out of packed boats on foreign shores, Europe finds itself in a double bind: Can it turn back refugees fleeing a crisis that is also of the West's making? But, then, can it afford to welcome the millions seeking a safe place to live?

It is the worst humanitarian crisis to have unfolded in the recent past and is sure to have implications well into the future. And the crisis is well over the tipping point. over 11 million Syrians have been displaced from their homes, with seven million within the country and four million outside charting arduous land and sea routes to escape the persecution and instability that has brought their lives to a halt.

As per UN estimates, one out of four Syrians had left the country. half of the asylum seekers are children, makes the ordeal even more heartrending, with many of those who escape drowning when the boats capsize on the high seas find their bodies wracked with cough, cold and diarrhoea.

After knocking at the doors of neighbouring countries — Egypt, Jordan, Iraq and Lebanon — since 2011, the refugees are now seeking entry into European countries. their perilous journeys, however, do not end even on reaching the shores of Europe.

With stringent border controls in place, refugees have to negotiate with smugglers and part with their life savings. the exodus from West Asia was manna from heaven for human traffickers who have been extorting money and, according to media reports, leaving refugees stranded in countries other than the ones they were promised to be taken.

In 2013, demanding a solution to the humanitarian crisis, the World Council for Arameans brought the European Union’s attention to the tragic death of five-year-old Sinella Mansourati, who drowned in the Aegean sea due to the apathy of human traffickers who had promised to take her family from the Turkish coast near Izmir via Greece to Belgium. the trafficker had packed 21 people in a boat meant for nine and, when the Greek Coast Guard located the boat, he punctured it and left Sinella and the others without life vests. A few days later Sinella’s limp body washed up on the shore. Alongside Syrian refugees such as Sinella’s family are migrants from Afghanistan, Somalia and Eritrea, who are also seeking safer havens.

The unprecedented number of refugees has posed a formidable challenge to the European Union. only Germany seemed, for a while, to have taken on the challenge that every other EU country chose to evade and made an effort to systematically resettle the refugees across the country.

On 15 September, Hungary detained 155 refugees and threatened to imprison those trying to enter the country from Serbia. A day before, Austria and Slovakia also reinstated border controls to cope with the increasing inflow of refugees.

Critics say Germany’s decision was just another way of asserting its dominance within the European Union as it made the announcement without consulting other member-countries of the EU or the European Commission. some allege it was a shrewd plan to inject fresh migrant blood into the country’s greying workforce.

The welcome extended to the refugees, though, was short-lived. It lasted barely a week before Interior Minister Thomas de Maiziere declared the imposition of “temporary controls” along Germany’s borders with Austria and Italy to restrict the inflow of migrants. trains ferrying passengers from Austria to Germany were also suspended. In his address to the media, the minister alleged that the influx of refugees was stretching the country’s limit. Germany later took refuge in numbers, in a sense, attributing the rollback of its vaunted “open arms” policy to the massive scale of the exodus, the “biggest migrant crisis since World War II”.