Anupam Kher and The Curious Case Of Tolerance in India 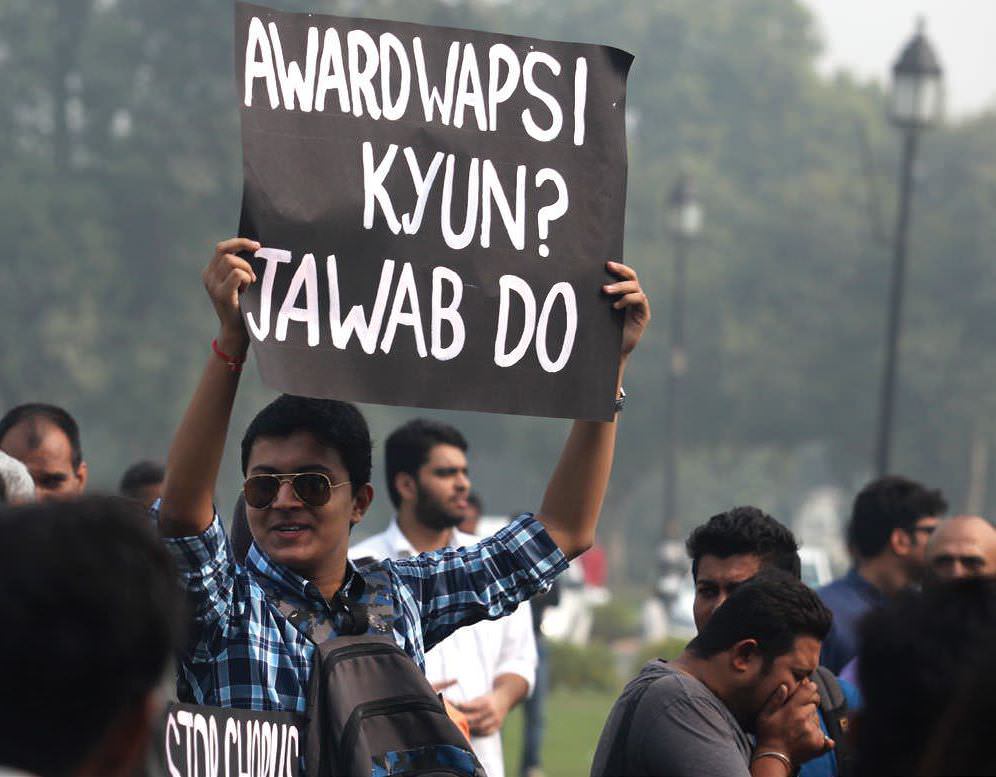 The Award Wapsi and its counter protest reflects the ideological chasm in the film fraternity. Has Bollywood finally come of age? asks Deepti Sreeram.

On 6 November, Bollywood actor Anupam Kher led the ‘March for India’ protest to the Rashtrapati Bhavan along with a group of writers and artistes. Alleging that the ‘Award Wapsi’ campaign was defaming the country, Kher led the march as a counter-protest. Calling it a ‘tolerance march’, Kher said, “India is a very tolerant country. Some people have coined the term ‘growing intolerance’. they are very few. Not every Indian thinks like that. We are secular people. We do not believe in pseudo-secularism, selective outrage or selective patriotism.” Kher’s bandwagon included eminent public and film personalities such as writer Madhu Kishwar, filmmakers Madhur Bhandarkar and priyadarshan, actor Raveena Tandon and singer Abhijeet Bhattacharya.

When the 139-day-long FTTI strike ended, 12 filmmakers came together to express their solidarity with the protesting students. Not only did they support the dissenters, they also protested against the growing atmosphere of violence in the country. “National awards have always meant a lot to me,” wrote noted documentary filmmaker Anand Patwardhan. “They were more precious than international awards precisely because they represented those rare moments when the government of India became willing to uphold the spirit of our secular, socialist and democratic Constitution. Today, this spirit is evaporating.”