Voice For The Planet 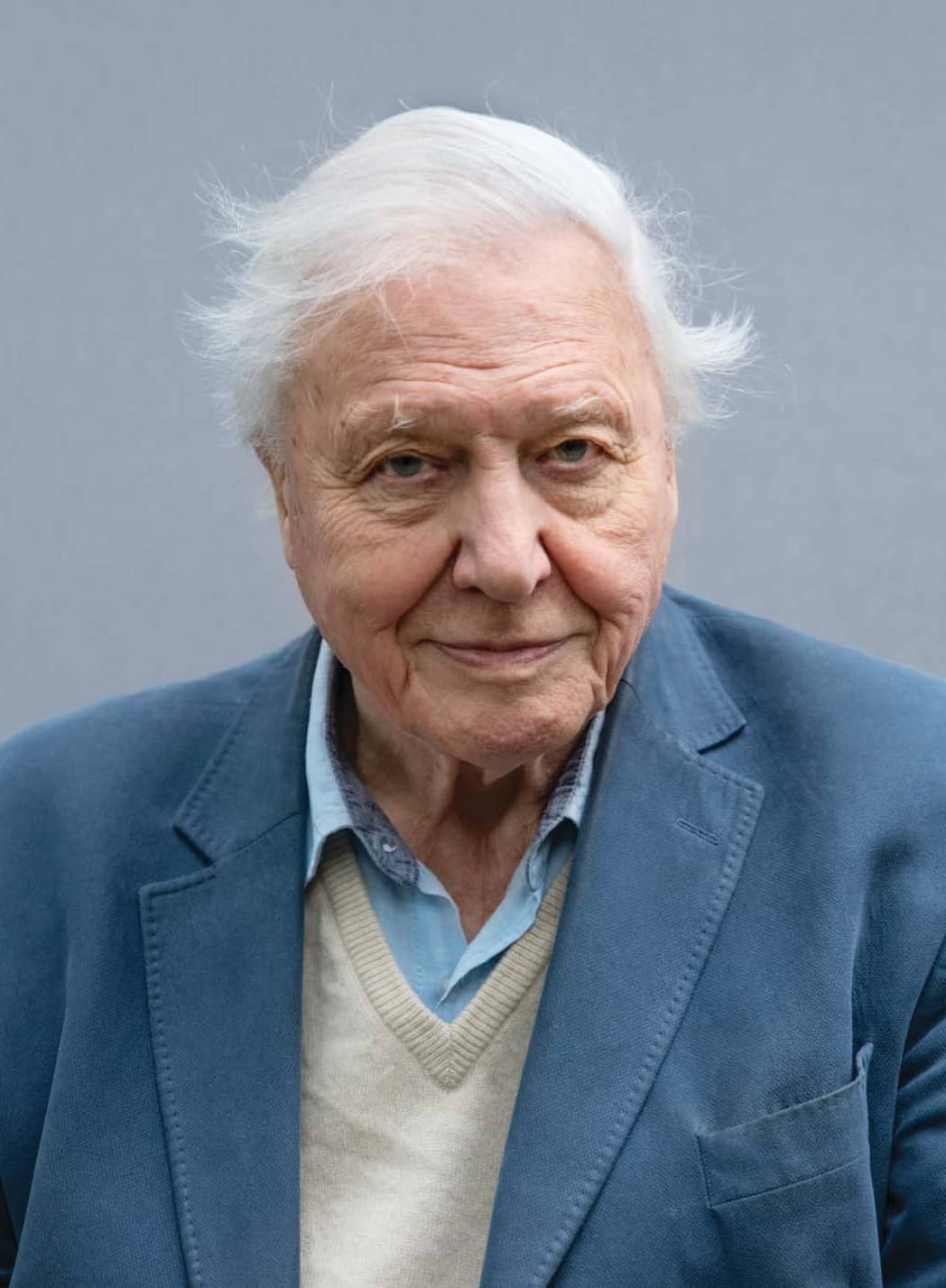 Dan Stewart
IT’S THE VOICE YOU NOTICE FIRST. IN person, David Attenborough speaks in the same awestruck hush he has used in dozens of nature documentaries, a crisp half whisper that is often mimicked but seldom matched. Ninety-two years of use may have softened its edges, but still it carries the command of authority. Sitting in his home in the Richmond neighborhood of west London for one in a series of conversations, I feel compelled to drink a second cup of tea when he offers. It somehow seems wrong to say no.

In his native U.K., Attenborough is held in the kind of esteem usually reserved for royalty. Over decades—first as a television executive, then as a wildlife filmmaker and recently as a kind of elder statesman for the planet—he has achieved near beatific status. He was knighted by the Queen in 1985 and is usually referred to as Sir David. As he walked into the Royal Botanic Gardens for TIME’s portrait shoot on the day of our interview, the mere sight of him caused members of the public and staff alike to break into goofy smiles.

Attenborough pioneered a style of wildlife filmmaking that brought viewers to remote landscapes and gave them an intimate perspective on the wonders of nature. Frans de Waal, the renowned Dutch primatologist, says he regularly uses clips from Attenborough’s shows in lectures. “He has shaped the views of millions of people about nature,” he says. “Always respectful, always knowledgeable, he takes us by the hand to show us what is left of the nature around us.”

In the autumn of his life, Attenborough has largely retreated from filmmaking on location but lends his storytelling abilities to wildlife documentaries in collaboration with filmmakers he has mentored. His most famous work, the 2006 BBC series Planet Earth, set a benchmark in the use of high- definition cameras and had a budget equal to that of a Hollywood movie. Among its highlights was the first footage of a snow leopard, the impossibly rare Asian wildcat that hunts high in the Himalayas. More than a decade after its initial release, Planet Earth remains among the all-time best-selling nonfiction DVDs.

Now Attenborough is putting his voice and the weight of authority he has accumulated to greater moral purpose. In recent months he has stood in front of powerful audiences at the 2018 U.N. climate talks in Katowice, Poland, and the 2019 World Economic Forum at Davos, in Switzerland, to urge them into action on climate change. These kinds of events are not his chosen habitat, Attenborough tells TIME. “I would much prefer not to be a placard- carrying conservationist. My life is the natural world. But I can’t not carry a placard if I see what’s happening.”

Attenborough and his frequent collaborators, filmmakers Alastair Fothergill and Keith Scholey, will attempt to show the world exactly what is happening on April 5, when Netflix launches Our Planet—a new, blockbuster eight part documentary series that aims not just to present the majesty of the world around us but also raise awareness of what the changing climate is doing to it.

Filmed across every continent over four years, the show takes viewers from remote steppes to lush rain forest to the ocean floor. It has vertiginous ambitions in both its scope and intent. “The idea was not just to make another landmark show, but also to move the dial,” says Scholey, who served as an executive producer. “Not only do we engage a large audience but also actually get to the point of changing policy that would lead to global change.”