Trump And The Troops 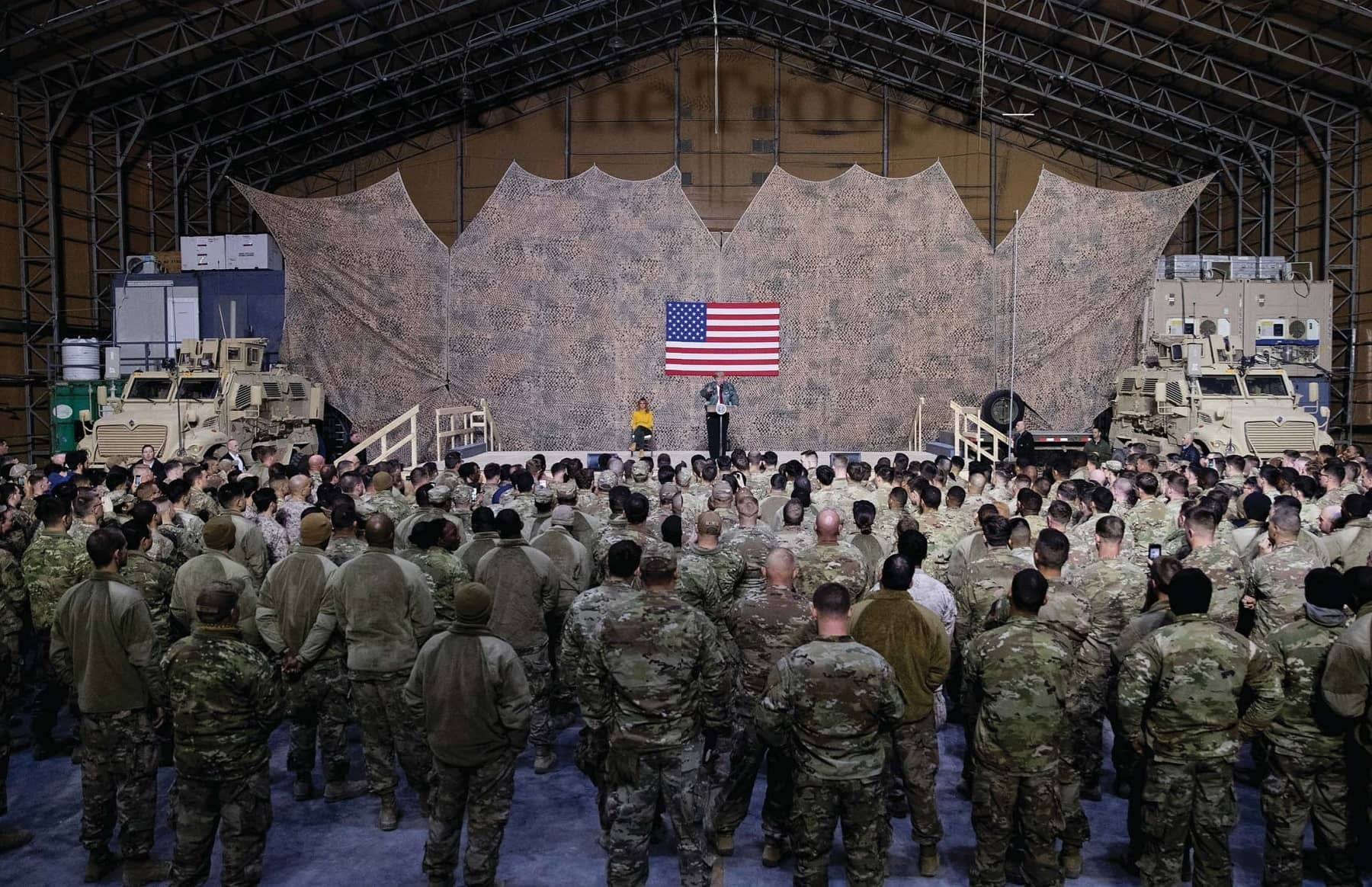 An Impulsive President Shows No Inclination To Use The Forces He Celebrates.

Some time ago, a young combat veteran I’ve been mentoring for years sent me a troubling email.

His unit was considering holding a significant ceremony at a property controlled by President Trump’s company. Given the recent public concerns about Air Force flight crews staying at a Trump hotel in the U.K., this young officer felt the appearance of enriching the Commander in Chief’s corporate pockets with Department of Defense funding was wrong. That is correct. But what is deeply disturbing is that he had to wrestle with these moral and ethical questions regarding his chain of command. He should be concentrating on preparing for combat operations.

At the highest levels of the military, these same political concerns are manifesting themselves in everything from hiding a Navy vessel, the U.S.S. John S. McCain, for fear of offending the President, to the current controversy over American military aid to Ukraine, which the President possibly held up in an attempt to pressure the Ukrainian government into investigating a political rival. For our military, this kind of intrusion of domestic politics into national security is concerning.

Trump’s relationship with the military is an odd mix. He was a cadet at a military academy who then avoided combat service in Vietnam through a controversial diagnosis of bone spurs. Counterintuitively, he enjoys a high percentage of support within military ranks (especially among enlisted men). His widely reported adulterous affairs and on-camera denials about paying off porn stars are behaviors that would destroy any military career, but he also seems to respect the military ethos deeply, always behaving very respectfully when around senior military officers. I was interviewed about a possible Cabinet post in December 2016 at Trump Tower, and the then President-elect was respectful and personable, despite the fact that I had been vetted for Vice President by Hillary Clinton. And he peppered his Cabinet and closest advisers with “my generals” —Kelly, Flynn, McMaster, Mattis, Kellogg— although most of them have since been discarded in frustration.