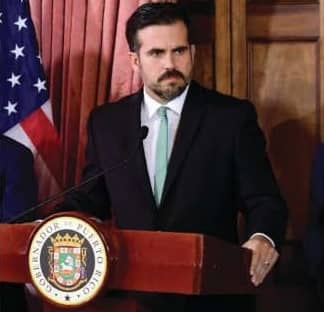 When I flew to Puerto Rico in 2017 and looked out at the damage caused by Hurricane Maria, I realized that the island on which I was born and raised would never be the same. The landscapes and topographies I knew so well were gone.

I was confident that the island would recover, but I also knew that what would emerge would be something different. I just didn’t know how different. Now I know.

On July 10, we woke up to the news that two prominent former cabinet members of Governor Ricardo Rosselló’s government had been arrested by the FBI for allegedly funneling over $15 million in contracts to business friends. Three days later, at least 889 pages of private chat transcripts between the governor and more than 10 others—government officials and political friends—were released. Those chats, riddled with insults, mockery, misogyny and homophobia, laid bare something that went beyond corruption. It showed a man, a scion of privilege, belittling the people he swore to serve. We saw a government that wasn’t just venal but also contemptuous.

Puerto Ricans are a remarkably tolerant and understanding people. Yet in the weeks since the arrests and the revelations of the chats, Puerto Ricans are finally tired of the lies and manipulation. Everyone is demanding accountability.