Orange Is The New Black Is Ending. TV Will Never Be The Same 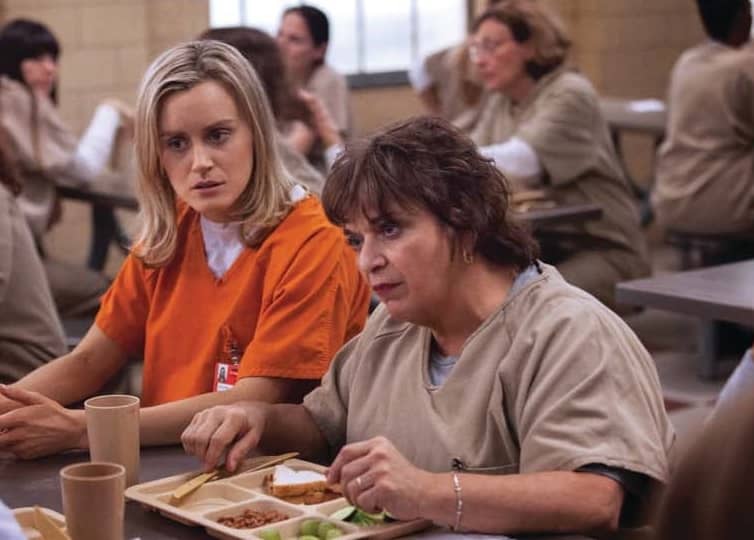 PRISON IS JUST NOT AS ROMANTIC AS ALL THOSE ’70s exploitation movies made it out to be,” Nicky Nichols, an inmate played by Natasha Lyonne, says to Alex Vause (Laura Prepon) in the emo tional seventh and final season of Orange Is the New Black. “I want my money back.”

The joke works on multiple levels: Nicky and Alex are lesbians. They’re also privileged white women who couldn’t have foreseen what awaited them when they reported to Litchfield Penitentiary, the fictional upstate New York minimum-security prison where the show’s first five seasons take place. But the quip is a winking commentary on the expectations viewers have been projecting on the Netflix dramedy even since before its July 2013 premiere. Created by Jenji Kohan, the maverick writer-producer behind Showtime’s Weeds, and based on Piper Kerman’s memoir of the same cumbersome name, Orange sounded, at first, like a pulpy look at women in prison as seen through the audience-friendly eyes of a pretty bisexual WASP from gentrified Brooklyn (Taylor Schilling).

When HBO and Showtime failed to open their gates, she took the horse to Netflix. Kohan’s timing was perfect : new to developing original programming, the service granted her a lot of leeway. Brought to bear on her expansive vision at a critical moment in the rise of streaming, that freedom yielded a series that smoothed the transition from cable’s 2000s golden age to the vibrant and diverse, if fragmented, era that’s come to be known as Peak TV. More than a bold experiment in representational sleight of hand, Orange became the most influential show of the decade.

SIX YEARS MAY not seem like a long time in the history of TV. Friends ran for a decade; The Simpsons is about to turn 30. But it would be hard to underestimate how much has changed on the small screen since 2013. Netflix launched its first high-profile original, House of Cards, that February. Hulu and Amazon were also dipping toes into the original- content pool, though the latter was essentially crowdsourcing and neither had produced a signature series. (Amazon’s Transparent arrived in 2014. Hulu lacked a big hit until The Handmaid’s Tale premiered in April 2017.)