‘I Don't Have Seven Arms To Hug Them All' 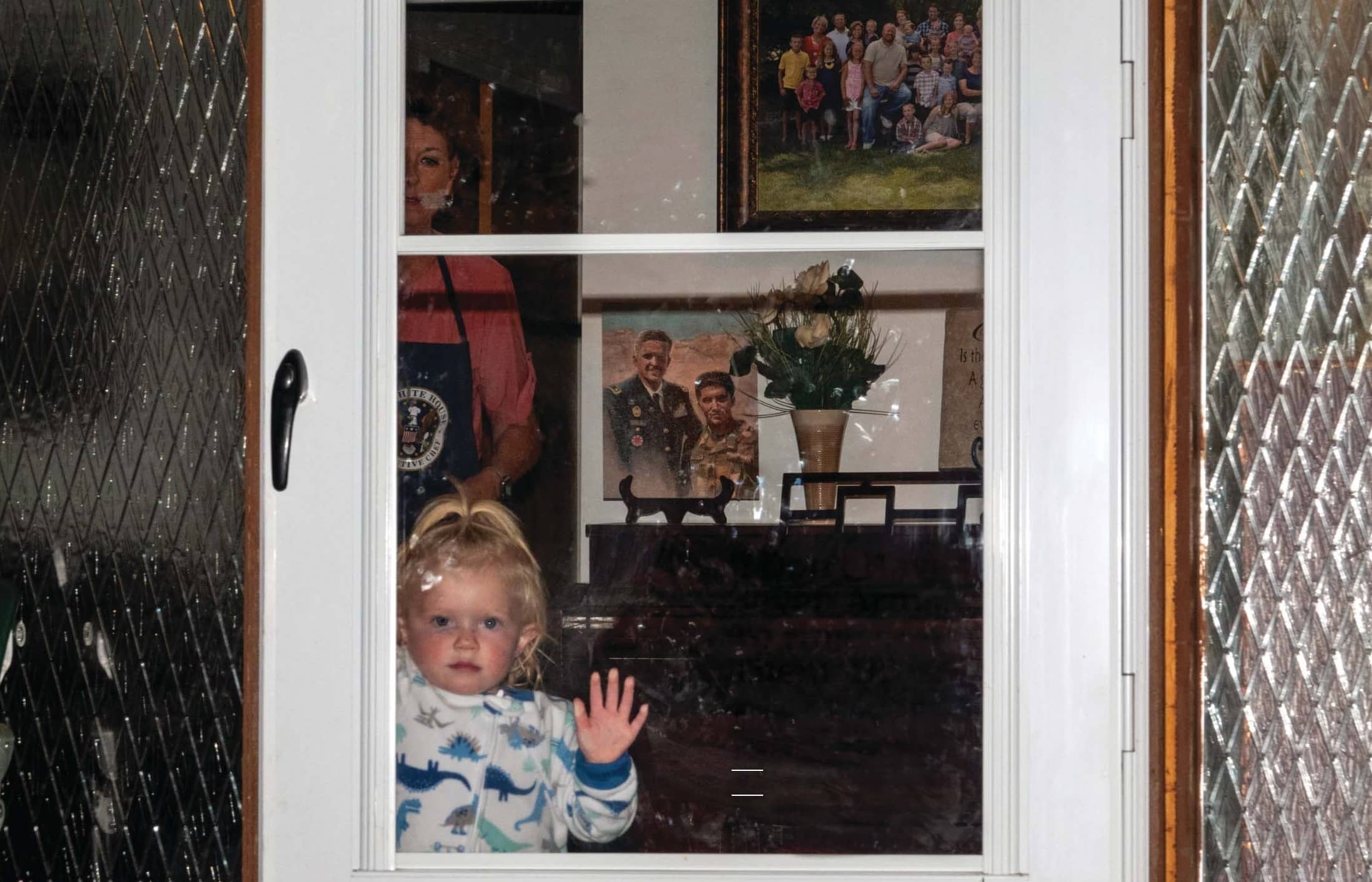 One Year After A Father’s Death In Afghanistan, A Mother And Her Children Struggle To Move On

Jennie Taylor walks through the moonlit cemetery, past gray tombstones, faded bouquets and left-behind remembrances until she comes to her husband’s grave. Nearly a year has passed since Brent was killed in Afghanistan on his fourth combat deployment. She kneels in the damp grass and begins to cry. Tomorrow will be their 16th wedding anniversary, her first without him.

A single gunshot took the father of her seven children, the mayor of her hometown and a decorated major in the Utah Army National Guard. At times, she believes she’s overcome the worst of the pain. But then there are other times, like tonight, when her heart feels as if it has been wrenched from her chest.

The evening breeze blows strands of Jennie’s red hair onto her wet cheeks. She’s brought with her a collection of photographs: joyful moments from their wedding day; military promotion ceremonies; events with their smiling blond kids. She reminds herself those happy days weren’t that long ago. But she’s caught in a grim reality. “I’ve been waiting for things to return to normal, but in my heart I know that’s not going to happen,” Jennie says. “I can move on and have a beautiful future for the next 10 to 20 years, but this is still going to be part of my life. Brent is gone.”

In an instant, Jennie and her family joined tens of thousands of others who have lost a loved one in combat, an unseen society that no one wants to join or ever fully identify with. Who envisions themselves a widow at 39 years old? How can you accept that you’ll never again see the man you built your life with? And how do you tell seven children their dad is dead?

Facing those questions over the past 11 months has changed Jennie. Her adult life had been defined by Brent’s involvement in America’s forever wars, but she herself had been removed from it. Brent enlisted in the Utah National Guard in June 2003, three days after he proposed to her. In the years that followed, he was sent to bases around the country for training missions ahead of his tours in Iraq and Afghanistan. He regularly missed holidays, anniversaries, birthdays and key milestones like their children’s first words and first steps. Jennie, a former schoolteacher, was responsible for their home life. While Brent was on the other side of the globe, her world in North Ogden was small. “I was always a side player in this wonderful man’s life and gave him constant support, but now it’s entirely up to me,” she says. “When he died, every future goal of mine died. I’m sure every feminist would hate me for saying that, but it’s true. Now I’m trying to find who I am and how I move on a path forward for my family.”

While the rest of America has remained distant from the 18-year-old war that stole her husband, she has been drawn closer to it. It is now a central part of her life. Since Brent’s death, Jennie has sought out the soldiers with whom Brent fought and other families who have lost someone to war. She works on causes that show how the brunt of today’s conflict is borne by a few American military families and small communities. There are 14,000 American troops in Afghanistan now, down from about 100,000 in 2011. An average of two American troops die there each month. But if you aren’t in the military or don’t have a family member in the military, today’s conflicts have little impact on your life.

She’s launched efforts inside North Ogden to ensure that Brent’s legacy as mayor stays alive by throwing her political support behind a successor who’s committed to continuing Brent’s pro-business initiatives, which often rankled community elders. She’s also dedicated to seeing that some good ultimately comes from the bloody, and seemingly endless, American wars abroad. She has launched a foundation in Brent’s name that helps widows and military families; she’s raising $60,000 for a gold-star family memorial in North Ogden and another in Salt Lake City; she’s spearheaded a blood drive, aims to sponsor a 5K race next year and perhaps coordinate a golf tournament; she attends and speaks at events around the country. “I don’t have any education that qualifies me to lead these causes,” she says. “But I feel a responsibility to celebrate those who not only die for our country but are willing to sacrifice on behalf of this country.”

She has learned things along the way. Her experience with the military system that serves surviving families, for example, has been mixed. Getting widows’ benefits has been a challenge, and the government can be brusque. The Army still hasn’t told Jennie exactly what happened to Brent. All she knows is that an Afghan soldier, someone Brent was trying to help, shot him in the back of head during a routine march on base near Kabul, the Afghan capital. She doesn’t know who the killer is, how he pulled off the attack, what drove him to do it or whether anything has been done to prevent its happening again. She’s been told an investigation is in its final stages, but her questions keep piling up.

Then there are the more immediate needs of her seven children, who range from 1 year to 14 years old. When they wake up at 6 a.m., Jennie’s “reality show” begins. Seven breakfasts to be made. Seven sets of teeth that need brushing. They’ll need a ride to school. They’ll need to be picked up. They’ll need a cooler full of sports drinks for flag football and cheer practice. They’ll need a ride there too. Laundry. Dinner. Baths. The routine repeats. There are no days off.

Many people in North Ogden, a mountain-ringed middle-class suburb of nearly 20,000 north of Salt Lake City, have helped. Brent was elected to the city council here in 2009, and became mayor in 2013. He won re-election in 2017. Neighbors in the largely Mormon community bring the family dinner every Tuesday and help with the children when they can.