Diversity Has Become A Booming Business. So Where Are The Results? 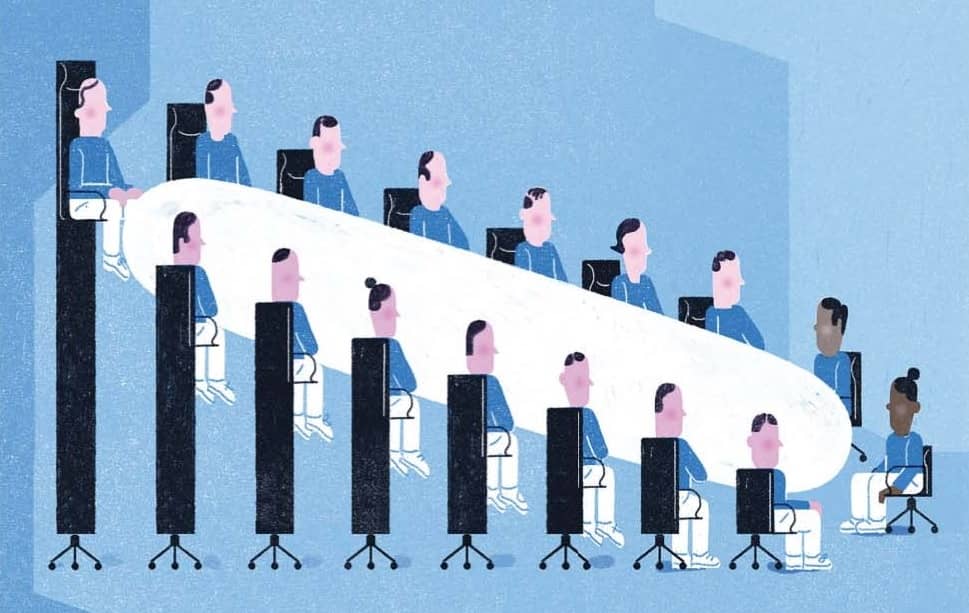 FACING BACKLASH IN FEBRUARY OVER A SWEATER THAT looked like blackface, Gucci followed a now predictable course.

Company officials apologized for appearing to mine demeaning imagery from the past; hired a global diversity czar, who is African American; and vowed to create multicultural scholarships and a more diverse workforce. Bur berry announced similar efforts after it showed a hoodie that looked like a noose the same month, and Prada did the same in 2018 after it had unveiled a line of figurines that also resembled blackface.

This is not just the playbook of the fashion industry. Dozens of companies and institutions have sought to deflect controversy over embarrassing missteps or revelations of homogeneous boards and workplaces by launching high- profile initiatives or enlisting a person of color for a prominent post.

In 2003, MIT professor Thomas Kochan noted that companies were spending an estimated $8 billion a year on diversity efforts. But since Trump’s election, and with the emergence of movements like #MeToo and Black Lives Matter, the industry has exploded. A 2019 survey of 234 companies in the S&P 500 found that 63% of the diversity professionals had been appointed or promoted to their roles during the past three years. In March 2018, the job site Indeed reported that postings for diversity and inclusion professionals had risen 35% in the previous two years.

The lucrative industry shows few signs of waning—from the spike in well-compensated diversity consultants and czars; to online courses and degree programs at prestigious schools; to professional organizations and conferences; to the commissioning of ever more studies, task forces and climate surveys. The buzzword is emblazoned on blogs and books and boot camps, and Thomson Reuters, a multinational mass- media and information firm, even created a Diversity and Inclusion Index to assess the practices of more than 5,000 publicly traded companies globally.