Ang Lee Wants To Change The Way You See 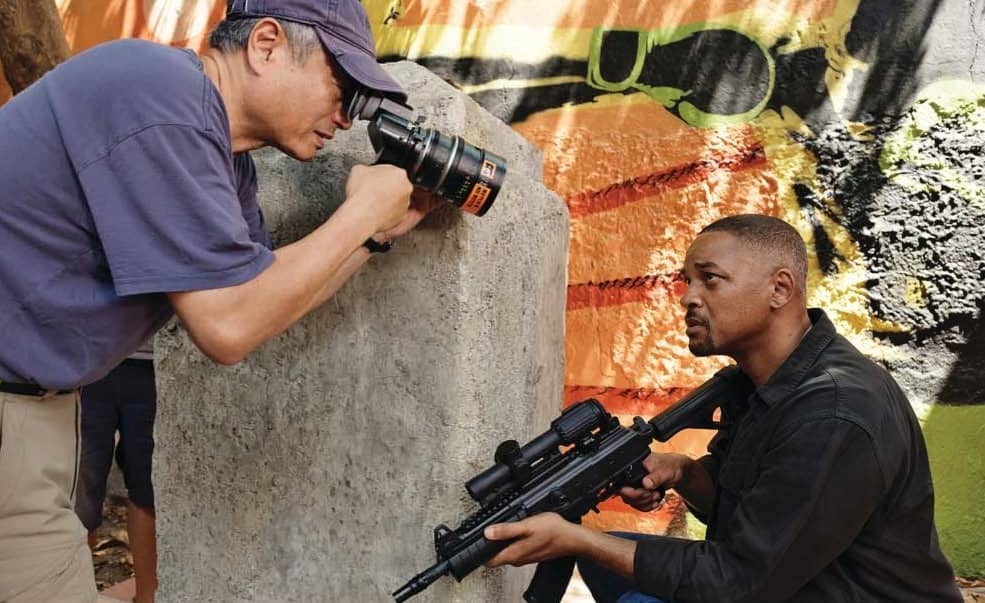 ANG LEE ALREADY KNOWS HOW YOU FEEL about 3-D movies.

“It gives you a headache—of course you don’t like it!” the Academy Award-winning director says at an editing studio in midtown Manhattan. “The projection is bad. It’s too dark.” Complaints like these have driven many moviegoers and filmmakers away from the medium over the past decade. To many, it’s little more than a gimmick for superhero blockbusters, a quickly receding novelty.

But Lee, long an iconoclast, still believes in 3-D. In fact, he’s doubling down: his latest effort, Gemini Man, was shot in 3-D and at 120 frames per second, a far higher rate than the usual 24 frames per second. The visual effect is one of extreme fluidity, more like a video game than a traditional feature film. The movie, out Oct. 11, is in many ways a standard action sci-fi flick—Will Smith plays an aging hit man fighting a younger cloned version of himself. But Lee hopes it will be a Trojan horse for a mind-set shift around the divisive medium.

So why would one of film’s leading auteurs devote his career to what most view as a technological trifle? Lee claims that 3-D is a fundamentally different art form from 2-D—that when the brain perceives a realistic third dimension, it prompts a heightened sense of immersion and deeper emotional connection. He also believes that the shared movie-theater experience still possesses an unmatched power—and that in the Peak TV era, 3-D might be a key way to lure audiences out of their living rooms.

Whether Lee remains a lone warrior or the leader of a revolution hinges on the financial support of Hollywood— and whether other filmmakers follow him into a largely untapped dimension. “2-D is home,” he says. “I want to go to a new world.”

THE DIRECTOR HAS MADE a career out of defying norms. In 1995, when Asian filmmakers were scant in Hollywood, Lee, a native of Taiwan who spoke minimal English, spearheaded an adaptation of Jane Austen’s Sense and Sensibility to overwhelming acclaim. In 2000, he brought martial arts to Western audiences with Crouching Tiger, Hidden Dragon, which became the highest-grossing foreign-language film in American history. And his 2005 drama Brokeback Mountain marked a turning point for queer stories in mainstream culture and earned him an Oscar for best director.