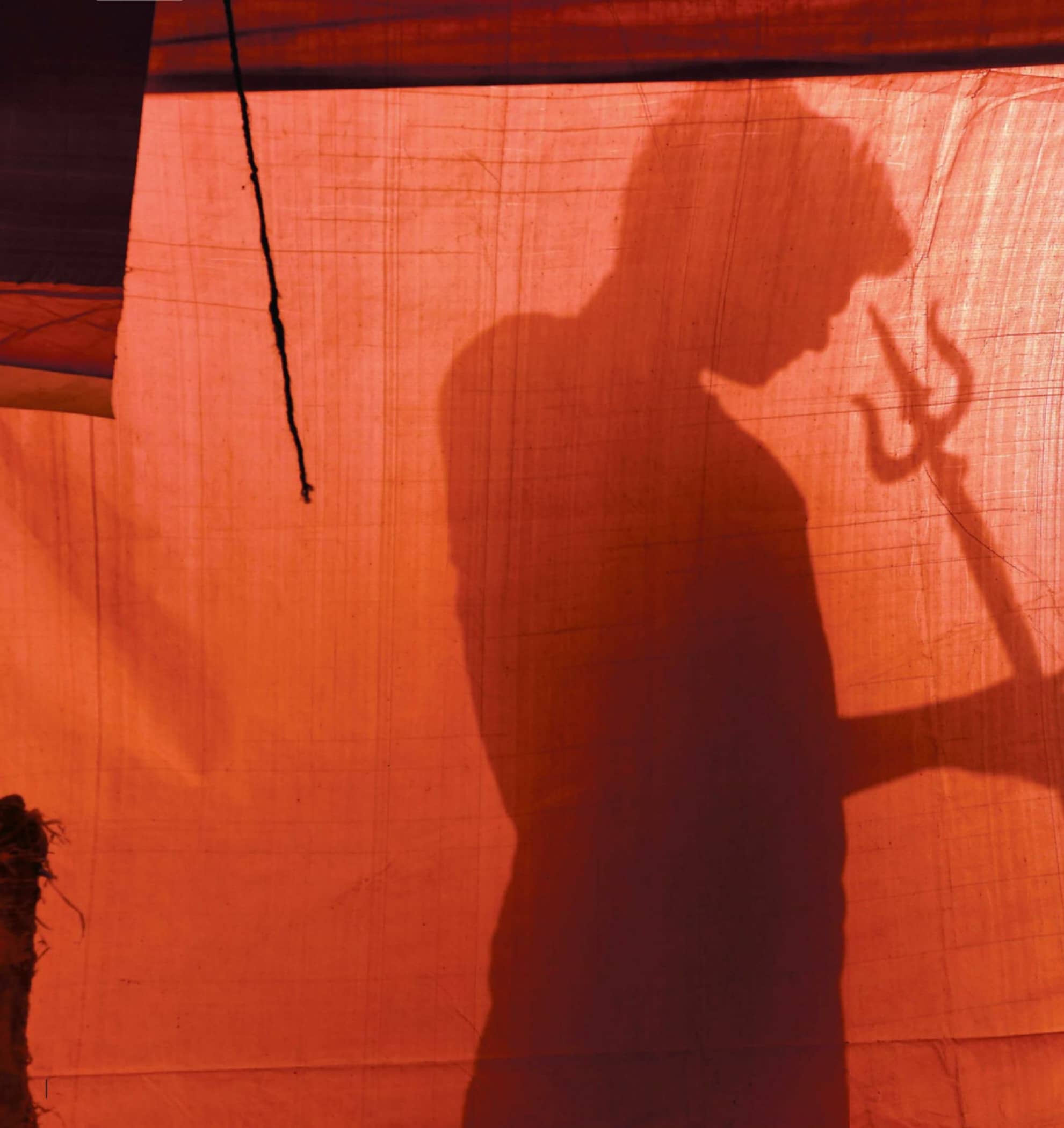 The Yogi government in Uttar Pradesh has gone all out to make Kumbh Mela 2019 a bigger and grander aff air, hoping it will pay political dividends in the Lok Sabha elections

Prayagraj has become a city in mystical motion. It began swaying to rhythmic drumbeats and vigorous chants early this month as waves upon waves of saffron-clad sages and ash-smeared naga sadhus arrived with ardent devotees for the Ardh Kumbh Mela at the Sangam. The formal arrival of the members of 13 akharas (schools of religious practice) was a sight to behold. They came chanting and smoking chillums, some striding in, some riding decorated horses or elephants, some rocking in magnificent palanquins and some throbbing in incongruous SUVs. It was an inclusive affair, with the Kinnar Akhara of transgenders being allowed to participate in the processions, called Peshwai, for the first time. The Kinnars sashayed in and later merged their akhara into the Juna Akhara. Many of the pilgrims had marched for miles to reach the Kumbh Nagri at the Sangam—the confluence of the Ganga, the Yamuna and the mythical Saraswati—listening to motivational songs such as ‘Nadiya chale chale re dhara... tujhko chalna hoga (As the river flows on and on, so will you have to walk)’. Said to be the largest gathering of pilgrims, the Kumbh Mela had assumed a higher profile this time. For one, the monk who rules Uttar Pradesh, Chief Minister Yogi Adityanath, had elevated the Ardh (half) Kumbh Mela to Kumbh Mela in an audacious announcement he had made more than a year ago. Global interest in the festival had also increased after UNESCO in 2017 recognised the Kumbh Mela as an Intangible Cultural Heritage of Humanity.

But the hordes that descended on the city were impelled more by fervent faith than by the burnished image of the festival. “Jo kumbh mein naha gaya woh moksha pa gaya (One who bathes at the Kumbh attains salvation),” said the naked baba Gopal Puri, whose raised hand and overgrown, twisted nails demand your attention. He took a vow at the Kumbh Mela in Ujjain in 2016 not to lower his hand until all the sins and sorrows of India were wiped out. Absolution for sins comes easy for another baba, Swami Raghavendra, who puffed out his philosophy: “Lage dum, mite gum, yeh hai Kumbh (Smoke chillum, mitigate sorrow, this is Kumbh).” Others like Swami Bharanand get their high from the mere act of participating in the Kumbh. “Ganga maiya me jab tak paani rahe, Kumbh teri kahani rahe (As long as there is water in Mother Ganga, the story of the Kumbh will remain),” he said. Sacred chants, chiming bells and devotional songs at the Sangam create an ethereal world where the natural meets the supernatural.

So they arrived, in astounding numbers, on Makar Sankranti (winter solstice), the day the festival began—the administration said 20 million pilgrims took a holy dip at the Sangam on January 15. The days will now be longer with the sun moving into Capricorn, and politically hotter, too, with the monk’s government sparing no efforts to make it the grandest of all Kumbh Melas in modern times.

Something for even the gods to savour, perhaps. The gods and demons had churned an ocean of milk, got a kumbh (pot) of the nectar of immortality, quarrelled over its possession and, in an ensuing chase, spilled a few drops of nectar in the Ganga in Haridwar, the Shipra in Ujjain, the Godavari in Nashik and in the Sangam. The chase lasted 12 divine days—one divine day equals a year on earth—and the Kumbh Mela is, therefore, celebrated at each of the four places once in 12 years, with the venue depending on the alignment of the sun, the moon and Jupiter. A dip in these river sites during the Kumbh Mela, believe devotees, absolves all sins.

The year 2019 will see a political churning, too, as Lok Sabha elections are at hand, and the BJP governments at the Centre and in Uttar Pradesh have pulled out all the stops in organising the Kumbh Mela. Prime Minister Narendra Modi had visited the city ahead of the festival to take stock of the situation; Yogi made six visits last year. With nearly 15 crore pilgrims expected to attend the festival, the BJP hopes the Kumbh Mela will help consolidate Hindu votes ahead of the polls.