WAR BY OTHER MEANS 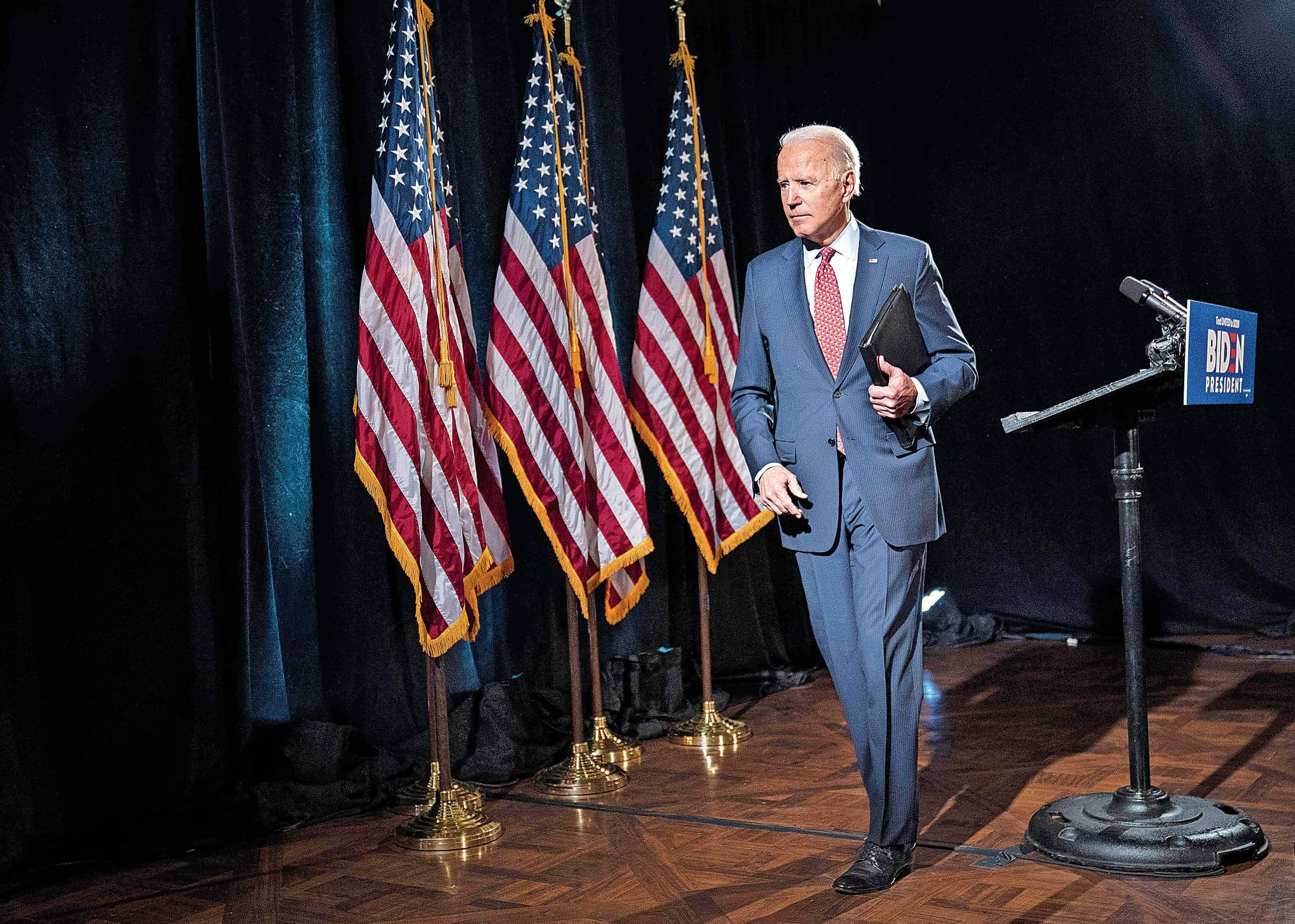 BEING FREED OF AN EXPENSIVE PRESIDENTIAL CAMPAIGN INVOLVING CONSTANT TRAVEL BECAUSE OF COVID-19, JOE BIDEN, WITH HIS PALPABLE EMPATHY, WILL BE A TOUGH OPPONENT FOR DONALD TRUMP

Who would have imagined that the ‘Biden for President’ campaign would be launched from the basement of the candidate’s home? In the era of Covid-induced quarantine and social distancing, the rituals of political campaigning are playing out from strange new locations.

Instead of the big, raucous rallies which are part of American political life, former vice president Joe Biden has been conducting a series of virtual meetings with donors and supporters. This reporter was privy to one such meeting organised by Shekar Narasimhan, chairman and founder of the AAPI (Asian American Pacific Islander) Victory Fund, the first and only Asian American Super PAC (political action committee). Present along with Biden at the meeting were high-profile decision-makers like Senator Kamala Harris, Congressman Ami Bera and former US ambassador to India Richard Verma, speaking from the intimacy of their own homes.

With the sound of Canada geese honking from the pond in the background, Biden spoke from his home office: “My prayers are with all those who are scared or sick or grieving and struggling just to get by.” He spoke about the large number of Americans who lost their lives to the pandemic. “It’s infuriating. More than that, it’s heartbreaking to think how much fear, how much loss, how much agony could have been avoided if the president had not wasted so much time in taking responsibility.”

For Biden, who on June 6 won the nomination of the Democratic party in the presidential election scheduled for November 3, the fight against President Donald Trump is very personal, all-consuming, and a “battle for the soul of the nation”. It is indeed a triumphant moment— he won the gruelling race for the Democratic nomination. If this were a video action game, we would have to give him points for persistence, persistence and persistence as he battled more than 20 contenders— some weak and some strong—until he became the last man standing in his third bid for presidency.

All of his former opponents including Senators Harris, Elizabeth Warren, Cory Booker and Amy Klobuchar, Mayor Pete Buttigieg and former New York City mayor Michael Bloomberg have coalesced behind him in a massive show of strength. Biden’s last big battle was with Vermont Senator Bernie Sanders who has a huge following and a progressive agenda. The two have come together, with Sanders endorsing Biden in a friendly virtual meeting.

All these formidable contenders now support Biden, forming a powerful network. Biden has also received ringing endorsements and support from former president Barack Obama, Speaker of the House Nancy Pelosi and Hillary Clinton. “Joe has the character and the experience to guide us through one of our darkest times and heal us through a long recovery,” said Obama. “I know he’ll surround himself with good people—experts, scientists, military officials who actually know how to run the government and care about doing a good job running the government, and know how to work with our allies, and who will always put the American people’s interests above their own.”

Biden has pledged to select a female vice president, and Harris is a strong contender. She is solidly behind Biden and has emphasised the importance of a Democratic victory at a time when Trump might get the chance to nominate yet another judge to the supreme court, and radically alter its delicate balance. “Who is president of the United States matters on this very important issue of the supreme court,” said Harris. “Joe understands what’s at stake, and has supported justices who believe in upholding all the rights that we have fought for and care about and rely on.”