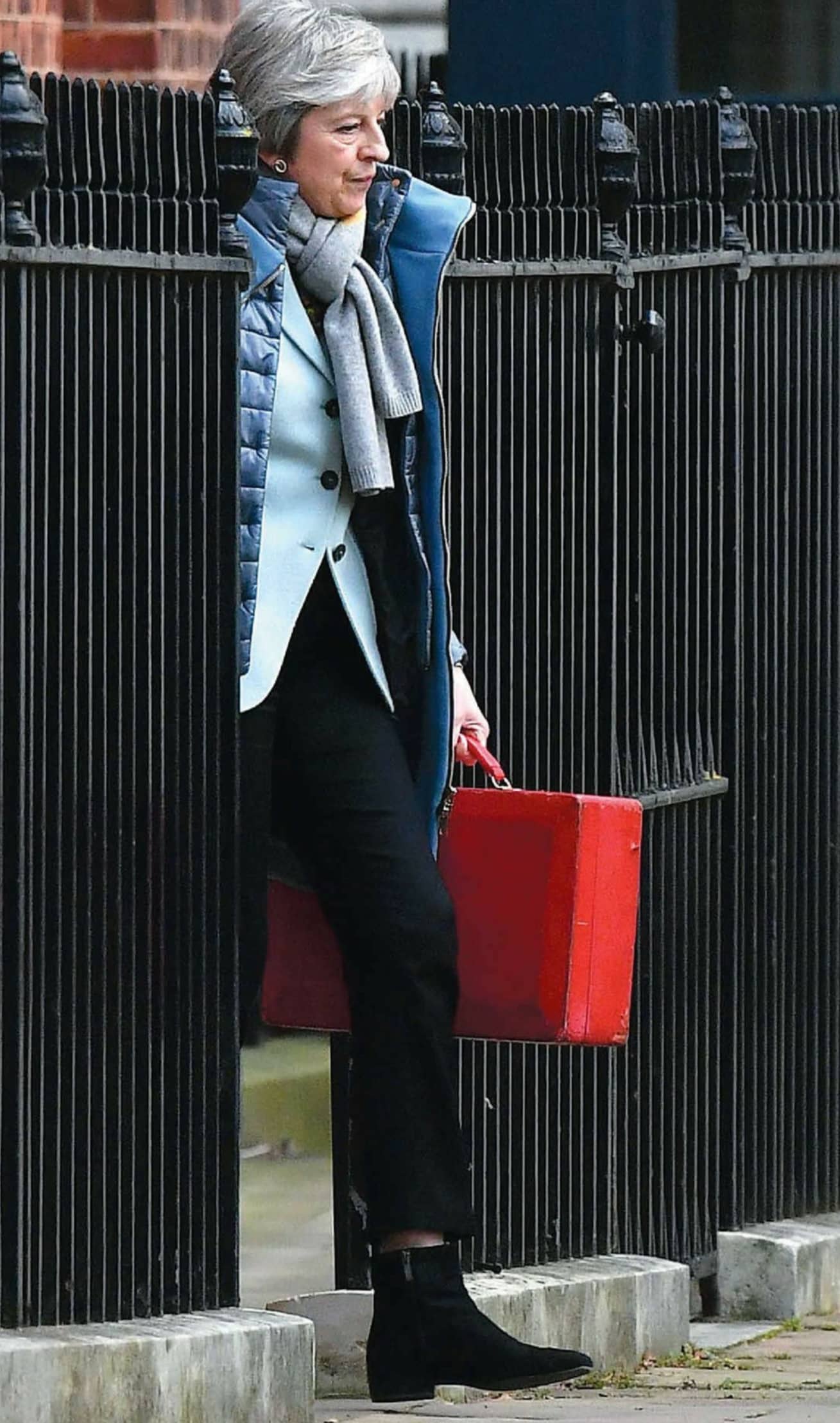 Brexit leaves Britain poisoned, paralysed and polarised. Prime Minister May, however, ploughs on, with her resolve, resilience and missionary zeal intact.

She looks like a bitten, bruised and battle-scarred tigress. Her triumphs dismal, her defeats momentous. Theresa May goes down in British history as the prime minister who suffered the worst parliamentary defeat, till date. She held snap elections to increase her majority, only to lose it. She made the worst party conference speech in history. She has been unable to deliver the only thing she is in office to do–midwife Britain’s exit from the European Union. Now, parliament threatens to wrest the Brexit process from her control.

Any other leader would have given up. But May ploughs on. Satirists call her “Our Lady of Perpetual Crises”. But gritty May survives them. Says The Independent’s Tom Peck, “She is the cockroach in nuclear winter. She is the algae that survives sulphuric gas from sub-aquatic volcanoes. She is Nokia 5210.”

Like the phone, May is shockproof. Brexit is Britain’s tryst with destiny. It could be a tryst with “disaster”, fears Business Minister Greg Clark. Following the 2016 referendum in which Britain voted to leave the EU, the nation has slid into chaos, pathos and uncertainty. “We are moving dangerously close to a chaotic Brexit,” says Dieter Kempf, president of the Federation of German Industries. Most people find the complex details and consequences of leaving the EU incomprehensible. By clearly outlining the new rules and regulations, EU negotiators exposed Brexiters’ "empty and unrealistic promises", says Andreas Utermann, CEO, Allianz Global Investors.

On the cold, windswept streets of London, it is business as usual as people go out to eat, work and shop. But beneath the calm, there is anxiety. Says cab driver Bob Field, ”People don’t talk about football. They only talk about Brexit. There is fear.”

Mainly, it is the fear of the unknown. Britain is so poisoned, paralysed and polarised that politicians, parliamentarians, people and political pundits are clueless about what comes next. The nation is split down the middle. There is no consensus on the way forward. French Economy Minister Bruno Le Maire says Britain should say what it wants. But Britain doesn’t know. Ask 10 Britons, and you get a dozen opinions on what Brexit should look like.