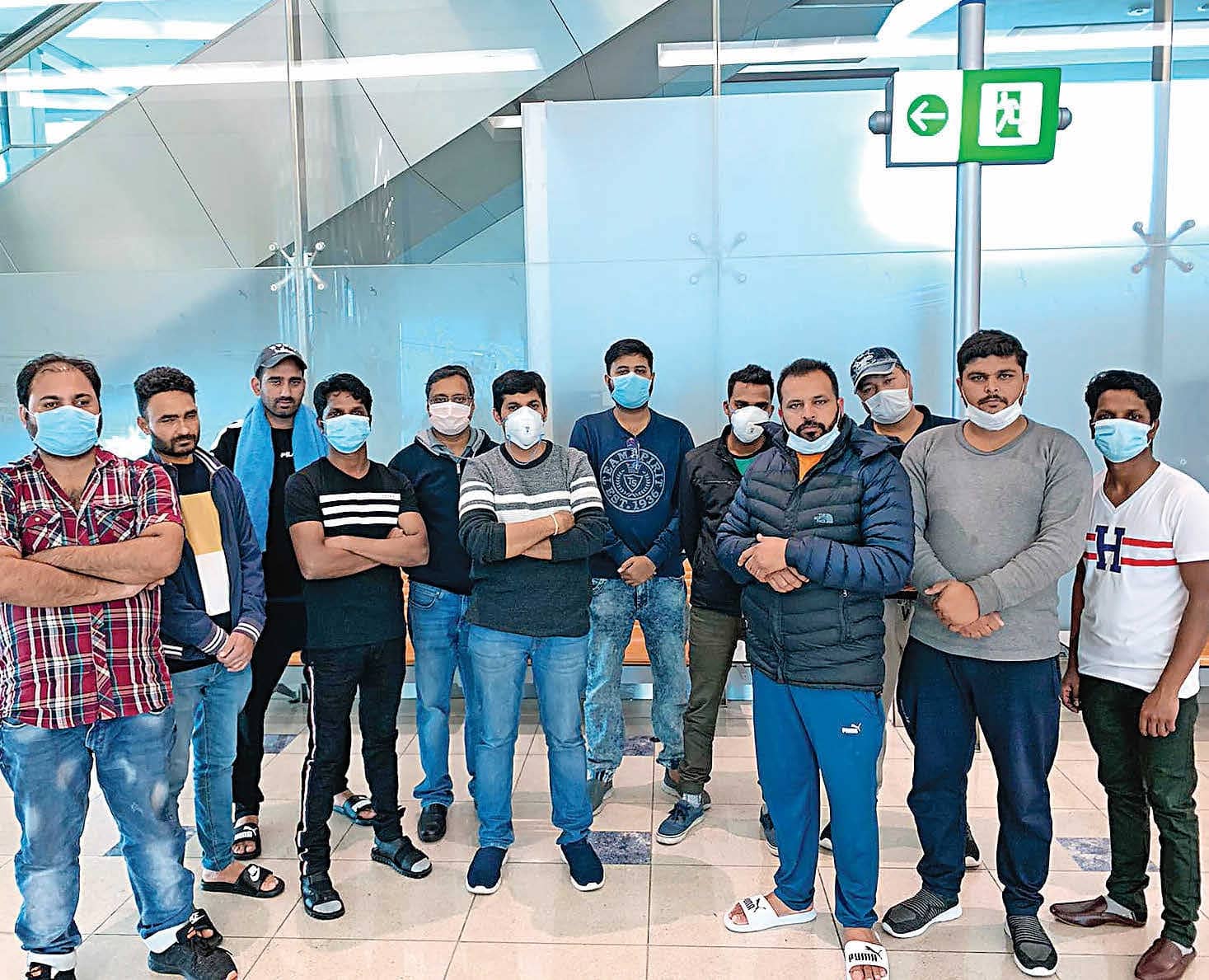 IT WAS HIS 36TH DAY of being stranded in the Dubai International Airport and Deepak Gupta, understandably, was miserable. “I have not seen the sun or breathed fresh air for more than a month,” he told THE WEEK. “I am stuck. Can you imagine such a life?”

Gupta landed in Dubai on March 18, the day India decided to stop the entry of Indians coming from Europe. He was told that he could not fly to India when he was preparing to check-in. “I am yet to overcome that shock,” said Gupta, who has been living in the airport since.

A resident of Delhi’s Uttam Nagar, he had gone to Budapest on an official assignment a month earlier. As Covid-19 began to spread worldwide, his employer, a Gurugram-based multinational company, called him back. As he left Budapest to catch an Emirates flight from Dubai to Delhi, little did he know that he would spend the next few weeks in an airport.

“I had no idea about the ban on passengers coming from Europe when I boarded the flight from Budapest,” said Gupta. “My wife is pregnant, and I was counting the hours before I could be with her. Now I really don’t know when I will be able to see her.”

Apart from Gupta, 18 other Indians have been stranded in the airport. They had all landed in Dubai on or after March 18, from different parts of the globe. According to India’s ministry of external affairs, five of them are from Kerala, four from Gujarat, three from Punjab, two from Maharashtra and one each from Delhi, Goa, Himachal Pradesh, Rajasthan and Karnataka.

Most of them had no clue about the ban when they started their journeys. After banning inbound passengers from Europe, India extended the ban to include all international flights on March 22.

“I had no idea about the complete ban until I reached the airport here on March 22,” said Iqbal Hussein of Gujarat, who was on his way home from Tanzania. Ankit Parekh, also of Gujarat, said he had boarded the same flight from Tanzania along with two other Indians and Parekh was planning to catch the March 22 flight to Ahmedabad.

The stranded Indians had a tough time initially as they had to spend their days and nights at the T3 terminal reserved for Emirates flights. “We slept on chairs and on the floor, and survived on food coupons provided by the Indian embassy,” said Benson Andrews of Kerala, who flew in from Lisbon. He and his twin brother, Jackson Andrews, have been in the airport since March 18.

The stranded Indians spent nearly a week at T3, taking bath in airport washrooms and living like Tom Hanks’s character in the 2004 hit The Terminal. The embassy twice gave them 400 dirhams each, but as eateries had started shutting down by then, they had to survive on bun and patties mostly.