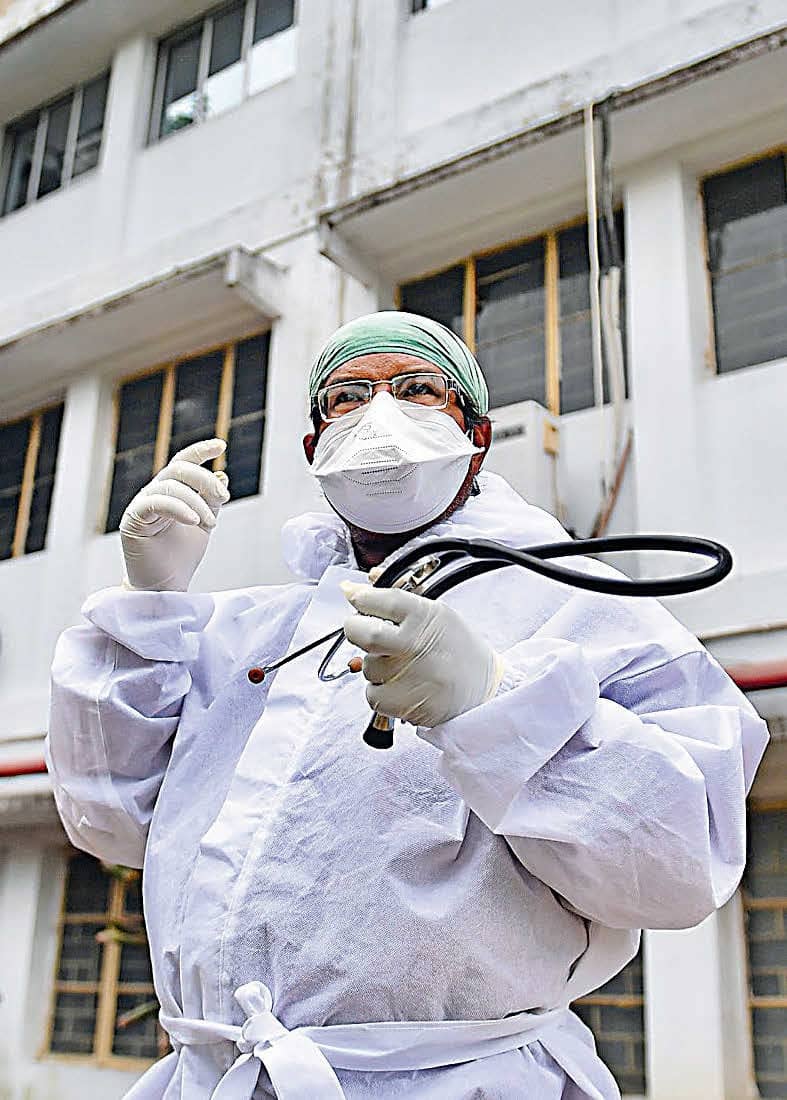 As a child, Ajoy Mistry was thrashed and humiliated by his villagers. Today he is their saviour

IN THE LATE 1970s, little Ajoy Mistry was a household help to a wealthy family in Hanspukur village in South 24 Parganas district, West Bengal. One day, he was sent to the local market to do the family’s shopping. Ajoy, who was 12, spent 10 paisa on a sapodilla plum (chikoo). The sweet taste was short-lived, as his employers thrashed him over the missing 10 paisa.

“No one rescued me even though I was crying profusely,” said Mistry, 55. “The locals knew the story behind my thrashing, but no one supported me.” Today, the little boy is Dr. Ajoy Mistry and life has come full circle. He is now seen as the savior of the villagers who had once turned their backs on him.

Covid-19 hit Hanspukur hard in May, a few days after super cyclone Amphan swept through South 24 Parganas. Mistry led relief operations across the area. Wearing personal protective equipment, Mistry ferried food, medicines, masks, and sanitizers in an ambulance. Within a month, he reached around 4,000 patients, including pregnant women.

Bishnupur town, under which Hanspukur falls, is a major hotspot in South 24 Parganas. The spike in cases has been linked to the large number of migrant labourers who had returned home. Pathar Pratima, Kakdwip, and Namkhana are also emerging as hotspots in the district. Mistry runs a 50-bed hospital in Hanspukur—Humanity Hospital— and a clinic-cum-hospital at Pathar Pratima.

Mistry’s mother Subhasini, 75, has been credited with founding Humanity Hospital with her meager earnings as a vegetable vendor. Several news reports echoed this when she was awarded the Padma Shri in 2018. But, Mistry said there was more to the story than what was reported. “My mother’s hard work has always been my strength,” he said. “But the hospital was the result of my relentless struggle, [through] torture and insult. It is completely different from what people know.” Suhasini, too, said her dream of starting a hospital for the poor became a reality only because her second son became a doctor.

Today, the two hospitals give hope to thousands. Humanity Hospital is a government-approved Covid-19 hospital. It even has an intensive care unit, a rarity in any part of West Bengal, let alone a rural area; only half-adozen hospitals outside Kolkata have ICU facilities.