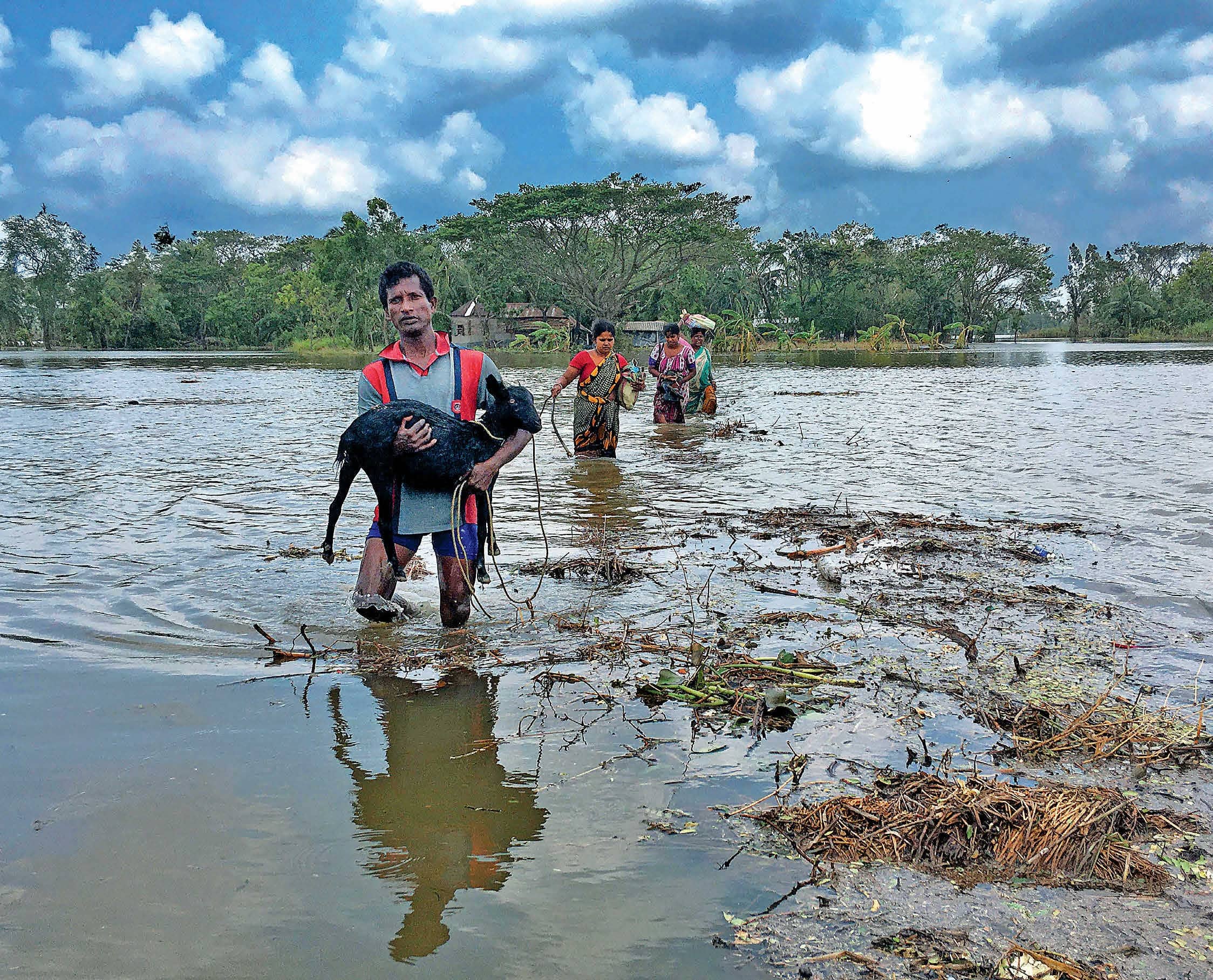 Cyclone Amphan has left West Bengal devastated. With Covid-19 cases on the rise and the BJP biding its time, Mamata Banerjee has her hands full

For five days now, Shova Mondol, a resident of Sonarpur town in South 24 Parganas district, has been living without electricity and drinking water. The district, along with North 24 Parganas and Purba Medinipur, was the worst affected after super cyclone Amphan lashed the south Bengal coast on May 20. What makes matters worse is that these districts are also Covid-19 hotspots.

But Amphan has made people throw caution to the winds. Ignoring physical distancing norms and the fact that her husband works for the state health department, Mondol joined her neighbours in blocking the Eastern Metropolitan Bypass, which connects Kolkata’s north to the south, on May 24. The police used force to disperse the crowd. “We wanted water and electricity, instead we got lathis,” said Mondol.

Not far away from Sonarpur, where many people lost their houses in the cyclone, lies Baruipur. Local resident Kanak Mukherjee, an employee of a public sector undertaking of the Central government, is a harried man. The approach road to his house is gone, so is the roof shed of his terrace. The toilet, too, is a shambles. But what worries him the most is the lack of drinking water. His mother suffers from a kidney disease and requires pure drinking water. All she gets now is a bottle of water from a pond. Though Kanak filters the water, nephrologist Aveek Barman said that it was dangerous to give that water to a kidney patient. “Her creatinine level would jump manifold and that would hit her heart,” he warned.

Amphan, however, first hit the green lungs of the state and of neighbouring Bangladesh—the Sundarbans in South 24 Parganas. All 103 islands in the Sundarbans were flooded. When the cyclone made landfall in the Sundarbans and Digha in Purba Medinipur, the wind speed was around 260km/h. The speed dropped as the cyclone pushed inland into North 24 Parganas (over 230km/h), Kolkata, Hooghly and Howrah (all three at around 140km/h). And, it raged on for eight hours and more, crushing everything that stood in its path.