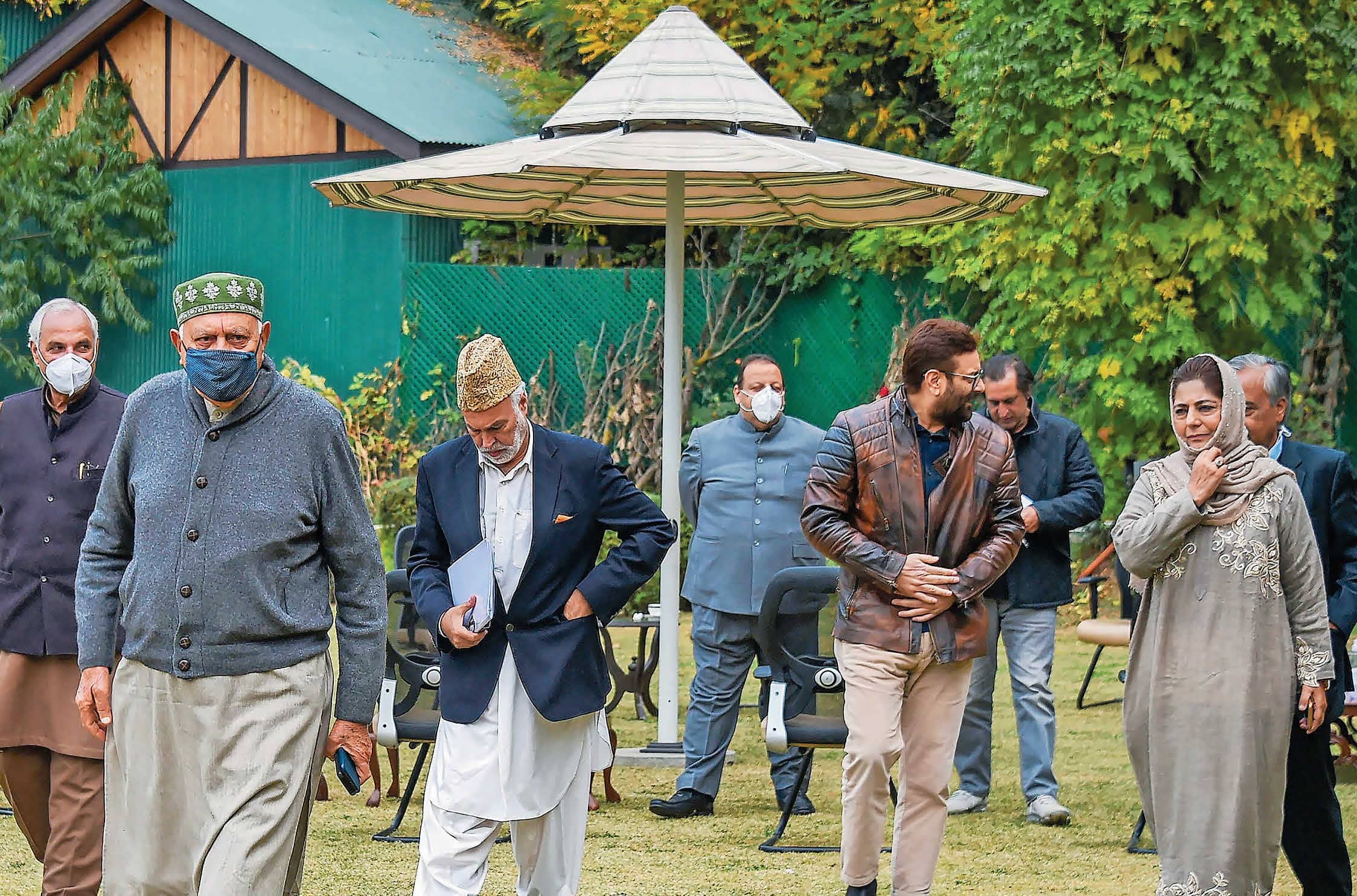 Parties in Jammu and Kashmir join hands to restore the former state’s special status, but the Centre has other plans

ON OCTOBER 15, more than a year after Article 370 was revoked, political parties in Jammu and Kashmir formed the People’s Alliance for Gupkar Declaration to fight for the restoration of the former state’s special status.

The alliance consists of most of the regional parties that signed the Gupkar Declaration at former chief minister Farooq Abdullah’s home in Srinagar on August 4, 2019. The resolution warned against any change to the status of Jammu and Kashmir, saying that any such move would be tantamount to aggression against the people. The state was cut up into two Union territories the following day.

Abdullah chaired the recent meeting of the signatories to the declaration at his residence on Gupkar Road in Srinagar. Among those present was Peoples Democratic Party president and former chief minister Mehbooba Mufti, who was released from her 14-month detention a day before.

He said that theirs was a constitutional battle. “We want the government of India to return to the people of the state the rights they had before August 5, 2019,” he asserted, adding that the political problems had to be resolved as quickly as possible through dialogue with all stakeholders. Notably, nobody from the Congress, which had signed the Gupkar declaration, was present at the October 15 meeting. The party’s Jammu and Kashmir president Ghulam Ahmad Mir skipped the meeting because of medical reasons.

On October 24, Abdullah and Mufti were appointed chairman and vice-chairperson of the alliance. In her first interaction with the media after her 14-month detention, Mufti pointed to the Jammu and Kashmir flag on the table and said, “Until we get our own flag back, we will not raise any other flag. This flag forged our relationship with that flag (the tricolour). We will have to take back what Delhi snatched from us illegally, undemocratically and unconstitutionally.”