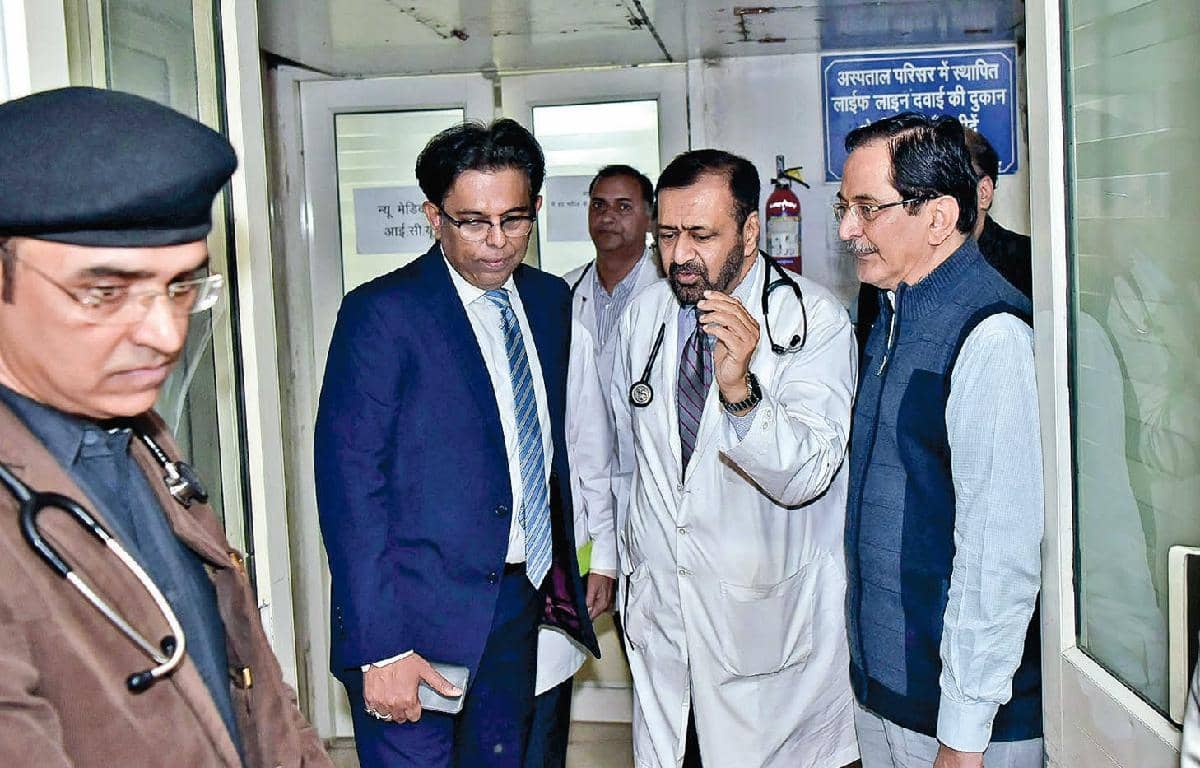 The fight against Covid-19 in 736 districts across the country has been marked by the proactive role of civil servants, especially district collectors, who provide grassroots-level leadership

Just over a month into his new job, Prabhu Narain Singh, the 40-year-old district magistrate of Agra, had an enviable assignment: to make arrangements for the visit of US President Donald Trump and his wife, Melania, to the Taj Mahal. The visit went without a hitch, earning him praise. Little did he realise that another, much bigger challenge was coming his way.

On February 25, a day after the Trump visit, Sumit Kapoor, a local businessman, returned to Agra after attending a trade expo in Italy. On March 2, he tested positive for Covid-19 and was sent to Safdarjung Hospital in Delhi along with six members of his family. His brother-in-law Rohit Dutta, who had travelled with Kapoor to Italy, was the first positive case in Delhi. The same day, a group of 19 tourists reached Agra from Rajasthan. One of them tested positive and was quarantined in Rajasthan. A day later, 15 of them tested positive in Delhi. As the infection started spreading across the country, Cabinet Secretary Rajiv Gauba instructed chief secretaries of all states that district collectors should hold coordination meetings and set up teams for cluster management of the pandemic at district, block and village levels. The intervention proved to be crucial.

“Agra receives a large number of tourists and we told hotels to reserve one floor for foreign tourists so that if someone tested positive, it can be contained there,” said Prabhu Narain Singh. “This helped us in limiting the contact of the Italians who were carrying a high viral load. We also quarantined 159 staffers of the five-star hotel where the Italians stayed.”

The next challenge: members from 42 families in the city had gone to Italy for the expo. Two people (including Kapoor) passed it on to relatives. “It was the first cluster in the country. We were new at that time and were learning as we started contact tracing. So we were able to contain it without lockdown,” said Prabhu Narain Singh.

The third wave in Agra came from people who had attended the Tablighi Jamaat meeting in Delhi. As the city successfully managed the challenge, the Centre announced on April 12 that the Agra model of cluster containment should be replicated across the country. The city, however, was hit by a fourth wave. Some of the patients who went to local hospitals infected more people. As Agra is a medical hub for the neighbouring areas, the infection spread to medical workers and patients, overshadowing the city’s early success.

In neighbouring Rajasthan, the biggest challenge was in two cities, Jaipur and Bhilwara. Additional Chief Secretary Rohit Kumar Singh said the state adopted ruthless containment—a term he coined—to tackle the pandemic. “You have to be polite, but firm. And you should address daily needs of the people so that they do not become your adversaries,” he said. He also stressed on the importance of tailoring strategies to suit local requirements. “Dealing with Bhilwara is different from dealing with the walled city in Jaipur. In Bhilwara, doctors were infected. They became super spreaders. Jaipur was different as there were individual cases. So we had to adopt a slightly different approach.”

Thousands of kilometres away in Kerala’s Kasargod district, the state government sent senior IAS officer Alkesh Kumar Sharma, managing director of Kochi Metro, to oversee the fightback after the local administration found it difficult to manage the spurt in cases. “When I was assigned the district, the lockdown was already on,” said Sharma. “But that was the first step. We went for cluster containment and then active containment where cases were coming up. The key was ensuring home delivery of essential goods. The next task was to find out primary and secondary contacts of infected people and also high-risk cases.”