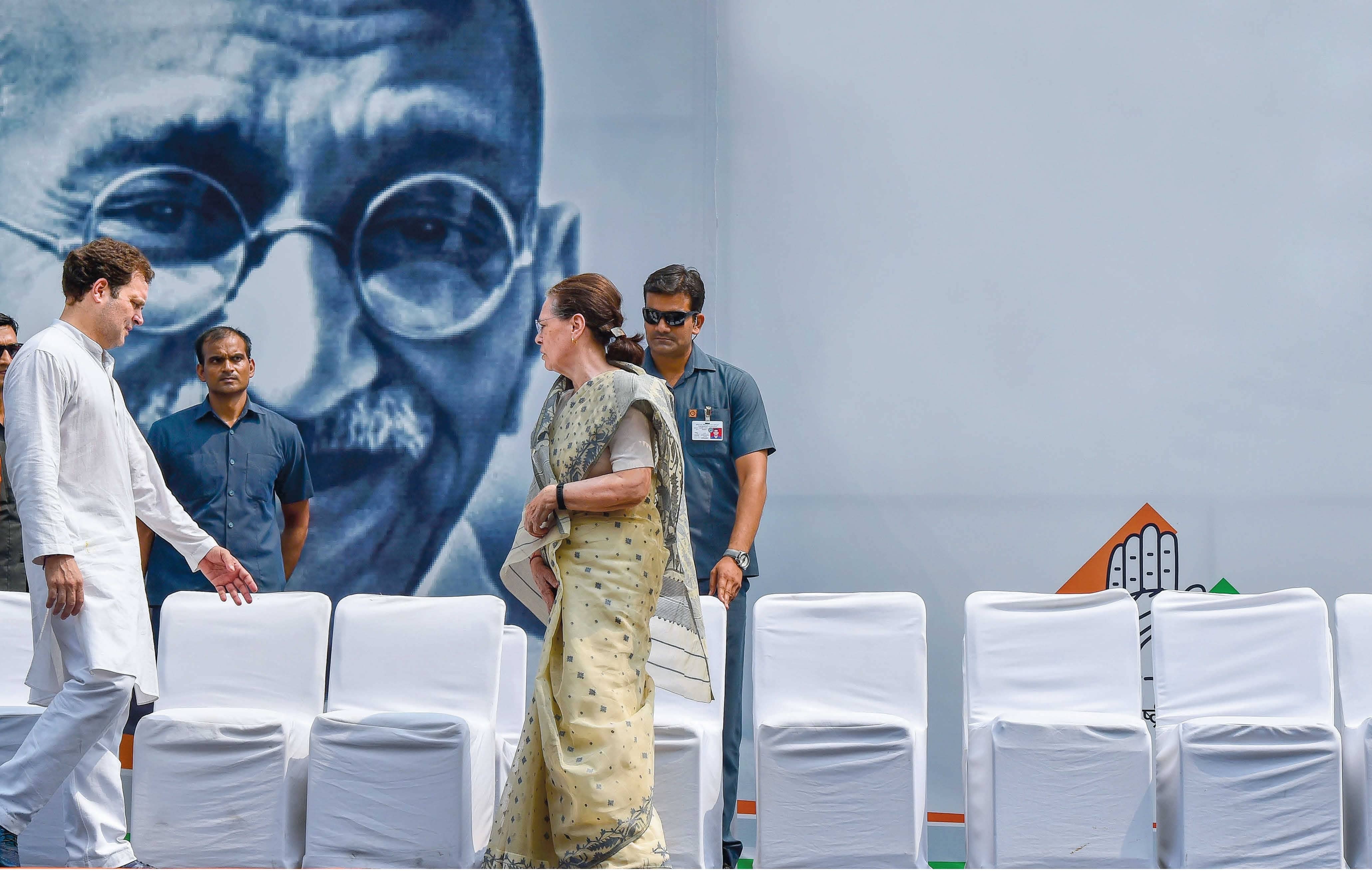 As Congress president, Sonia Gandhi is trying to revive the party through organisational changes, consensus-building and establishing grassroots connect. However, the generational clash and growing dissent threaten to keep it in the doldrums

Sonia Gandhi, taking her first steps in active politics, gave a four-word clarion call to a downand-out Congress at a 1998 rally in Haryana’s Rohtak: “Get the right leadership”. Soon enough, the then 52-year-old Sonia ousted a listless Sitaram Kesri as Congress president.

Now, 21 years later, the Congress is yet again in the electoral doldrums and is mired in deep organisational crises. And Sonia, weary after two decades of leadership, has the role of Congress president thrust upon her again.

In 1998, she had banged heads together to set the Haryana unit in order. And this August, as she took charge as party president, her first challenge was to resolve the leadership impasse in the Haryana Congress, which threatened to rip the state unit apart.

Through consensus-building, Sonia placated former chief minister Bhupinder Singh Hooda, who had allegedly been threatening to leave the party. However, she did not make him state party president. His long-time rival Kumari Selja replaced Ashok Tanwar, his bête noire, as state party president. The choice of Selja conveyed that Sonia was not giving in to Hooda’s arm-twisting.

As interim chief, Sonia will be in charge of three major areas—party organisation, parliamentary strategy and reaching out to other opposition parties.

She has turned her focus to the upcoming elections in Haryana, Maharashtra and Jharkhand, especially as a lot of time had been lost because of Rahul Gandhi’s insistence on stepping down as party president after the Lok Sabha elections debacle in May.

Since taking over, Sonia has focused on long-pending organisational changes in the state units, appointment of election committees, getting wayward colleagues back on track and making sure that the party at least has a semblance of an agenda for the assembly elections.

She held a series of meetings with leaders from election-bound states and laid down guidelines, which included rewarding loyalty in ticket distribution and focusing on local issues rather than falling into the BJP’s nationalism trap.

If in Haryana Sonia rejigged the party to try and end the battle within, in Jharkhand, where factionalism resulted in workers coming to blows, she gave the charge of leading the state unit to IPS officer-turned-politician Rameshwar Oraon. To maintain balance, she also appointed five working presidents.

It was decided that the party would try to cash in on any anti-incumbency against the BJP governments; the state units have been told not to focus on the BJP’s central agenda of Article 370 and the National Register of Citizens.

Reportedly, Sonia also told off state units for not exposing any big corruption cases of the BJP regimes and for not having a powerful line of attack against them.

“The BJP projected the face of Narendra Modi in the Lok Sabha elections,” said Oraon. “People know that Modi will not be chief minister. In the assembly polls, the focus will be on the performance of Chief Minister Raghubar Das.”

In Maharashtra, where there has been heavy bleeding of senior talent, experienced leaders such as Prithviraj Chavan, Ashok Chavan and Balasaheb Thorat have been asked to contest. Similarly in Haryana, the party rests on the influence of Hooda, a tall Jat leader. In Jharkhand, the party has fallen back on the experience of Oraon and veteran Subodh Kant Sahai.

“I agree that many leaders have left the Congress,” said Nana Patole, head of the Congress’s Maharashtra campaign committee. “But the workers and the people are with us. We will go into the elections with all our might. Senior leaders will lead from the front.”

Sonia has emphasised on having alliances in Maharashtra and Jharkhand. She has asked local leaders to involve regional allies and to avoid criticising them. She also reached out to Nationalist Congress Party president Sharad Pawar, seeking his guidance in crafting the Maharashtra campaign.