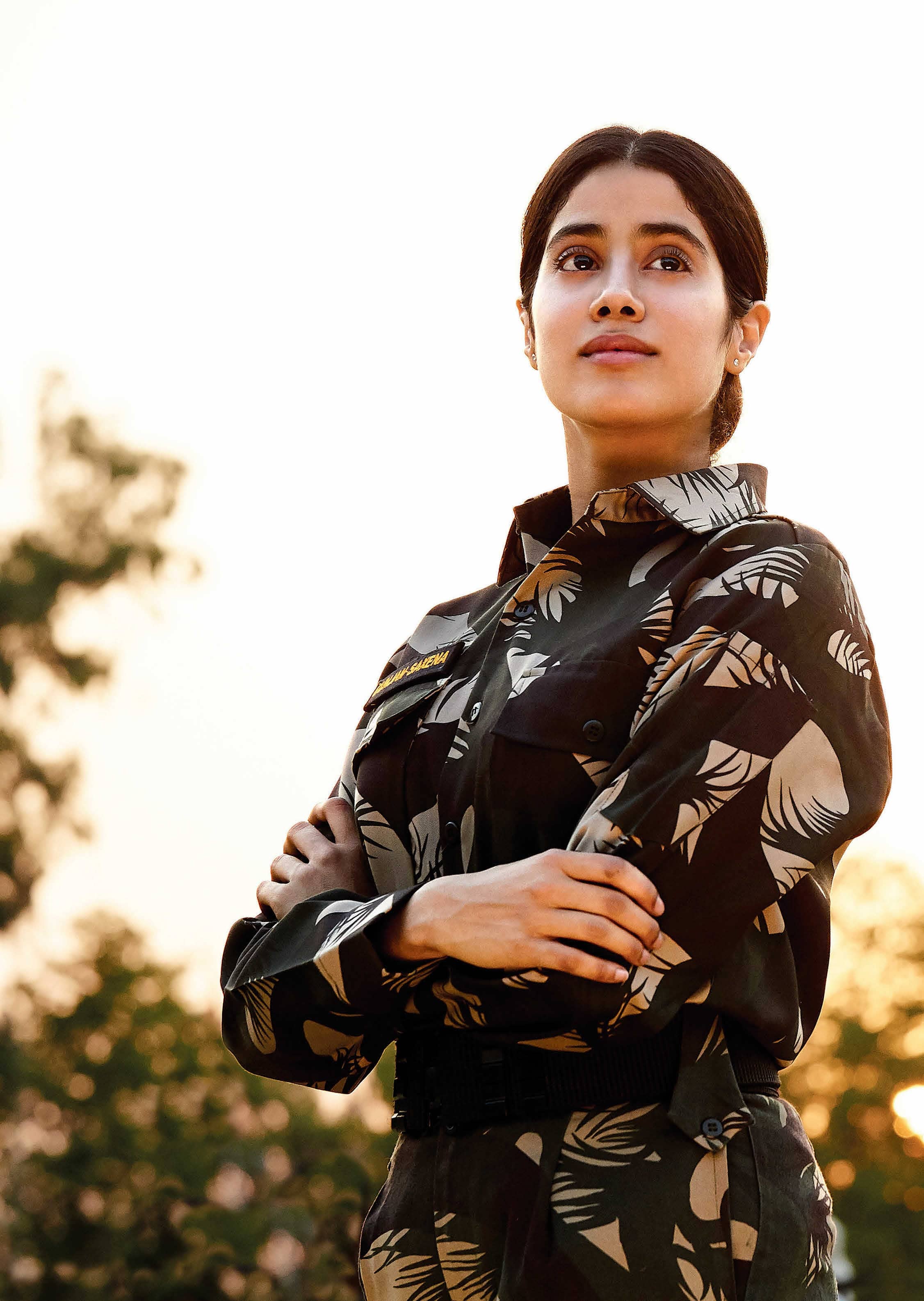 A film on Gunjan Saxena, the first woman pilot in the Indian Air Force, brings out her inner strength and vulnerability

In 1994, during an outbreak of bubonic and pneumonic plague in western and southern India, when the film Hum Aapke Hain Koun was all the rage among cinephiles, a teenager from Uttar Pradesh was nurturing an unlikely dream—to become a pilot. Gunjan Saxena could not remember having any other dream since childhood. Fortunately, her father, an army man, never clipped her wings. After graduating from Hansraj College in Delhi, she joined the Delhi Flying Club at Safdarjung, when the Indian Air Force had just started inducting women pilots into its ranks. “It was destiny,” says Saxena, 45, about her joining the Air Force in 1995. “One, because defence felt like a familiar environment, with my father being an army officer, and second, because no one can take away the glamour and glory of a defence uniform.”

The highlight of her Air Force career, which lasted till 2004, was her participation in the Kargil War in 1999. Saxena, the first woman pilot in the Indian Air Force, was 24 years old then and would be later awarded the Shaurya Chakra for her service. “Being part of the war helped me evolve, not just as an individual, but also as a professional and as an aviator,” says the “Kargil Girl”, as she later came to be known.