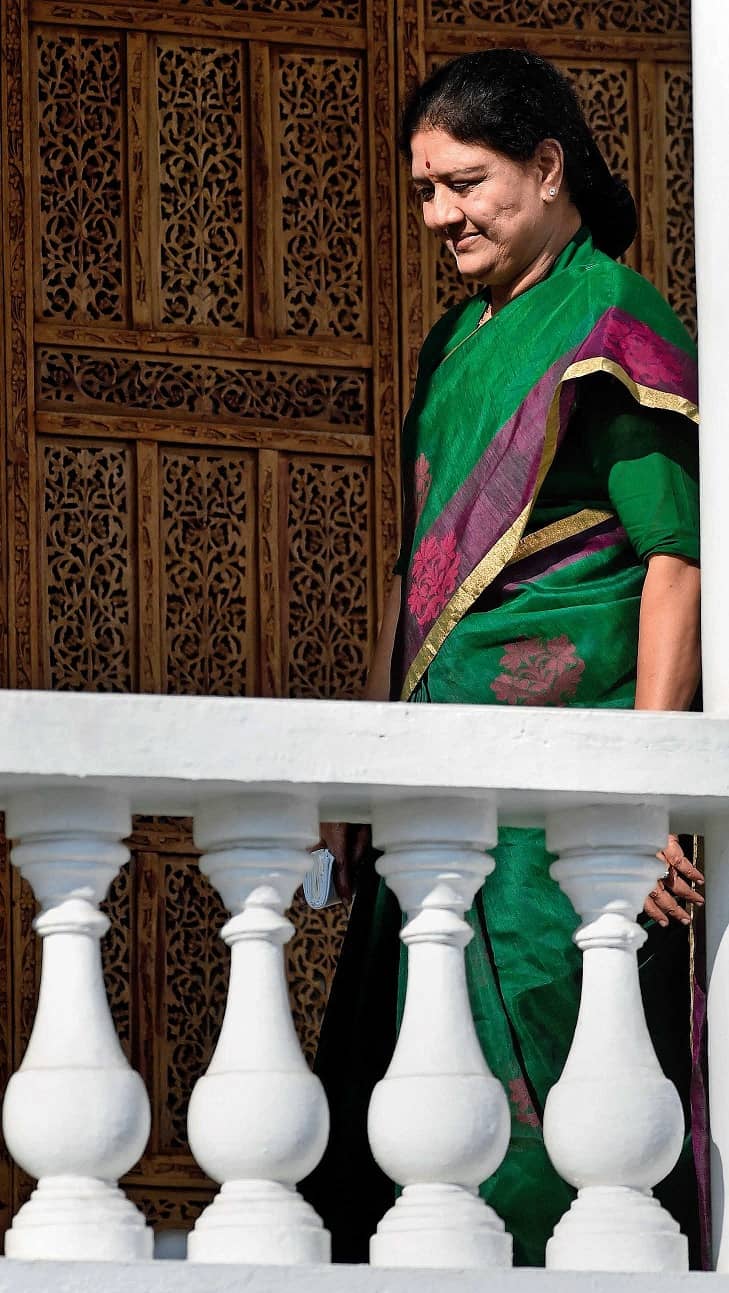 Will Sasikala walk out of prison early and muddy the political waters of Tamil Nadu?

FOR SOME TIME now, Edappadi K. Palaniswami has been trying to establish himself as a leader tall enough to take on DMK president M.K. Stalin. And yes, for a while, he seemed to have won over the people with his policies, before Covid-19 struck. In the months since, he has been accused of coming up short, especially in the fight against the pandemic.

And now, he has to contend with the possibility of meeting a ghost from the past sooner than he had thought. On June 25, BJP member Aseervatham Achary tweeted: “Mrs Sasikala Natarajan is likely to be released from Parappana Agrahara Central Jail, Bangalore, on 14th August 2020. Wait for further updates.”

Sasikala, confidante of former chief minister J. Jayalalithaa, was convicted in a disproportionate assets case, and has been in jail since February 2017. Her sentence ends next February.

When THE WEEK asked Achary to elaborate on his tweet, he refused, saying, “I cannot divulge anything more on this. But I am sure about the date of release.”

Achary is known to be close to BJP leader Subramanian Swamy, who, of late, has been talking about Sasikala’s release and how she cannot be excluded from Tamil Nadu politics.

A prisoner is eligible for remission only after serving two-thirds of the sentence. Generally, per prison rules, a reduction in sentence is based on conduct and employment in prison. In certain states like Karnataka, learning Kannada is also taken into account. According to the Karnataka Prison Rules 1974, a convict is eligible for six days of ordinary remission a month, or 72 days a year.

So, at the end of June 2020, Sasikala would have been eligible for 240 days of remission. Add to this the 35 days she had spent in jail earlier, in the same case, and Sasikala should be able to walk out of jail at least 275 days before February 14, 2021, the day her sentence ends.

Her advocate N. Raja Senthoor Pandian told THE WEEK: “By all means, Sasikala is eligible for a premature release. The eligibility came up in December 2019 itself. I have been continuously working for it. I met her on March 7 this year, before the lockdown began. [Since then], we have not been able to strategise as I have not met her.”