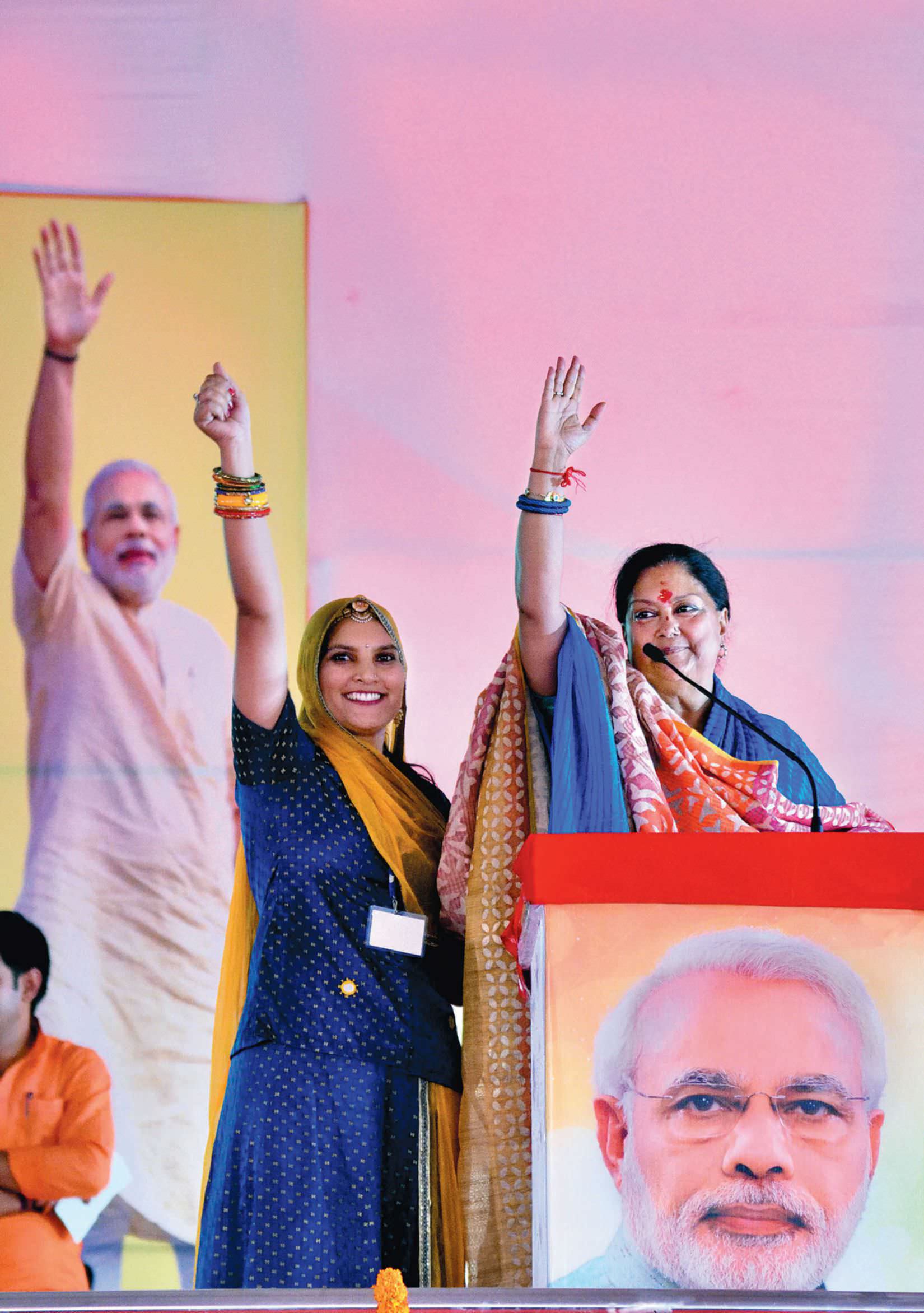 CHIEF MINISTER Vasundhara Raje is a combative politician, not known to hold back punches. As she prepares for a tough electoral battle, she is working her charm on voters by mixing assertiveness with a personal touch. Often accused of being inaccessible, she has been reaching out to people through yatras—the latest being the Rajasthan Gaurav Yatra.

On September 2, Raje addressed three rallies in the Marwar region. Hundreds of people waited patiently for her for the last rally of the day in Barmer. The police were extra cautious as she had faced angry protests from groups, apparently belonging to a Rajput subcaste. As Raje arrived at the Adarsh Stadium, a group of men waved black flags at her. “I thank them,” said Raje. “They have been waiting for me for long. I was waiting for someone to apply kaala tika (black mark on forehead) before I begin something auspicious.”

After that caustic comment, she turned her attention to women, who outnumber the men at most rallies. “I welcome the women power that has gathered here,” said Raje hoarsely, her voice showing the strain of her hectic yatra. “I want your love. I am not afraid of anyone. I am a mother. I will work for you all.” Raje’s bond with women voters has paid electoral dividends in the past, and she, therefore, makes it a point to interact with them after each rally.

Raje also reminds voters of her government’s achievements. In all her speeches, she refers to the health assurance scheme, Bhamashah, and the farm loan waiver. Beneficiaries of various schemes, particularly health, are made to recount their experience on stage during the yatra.