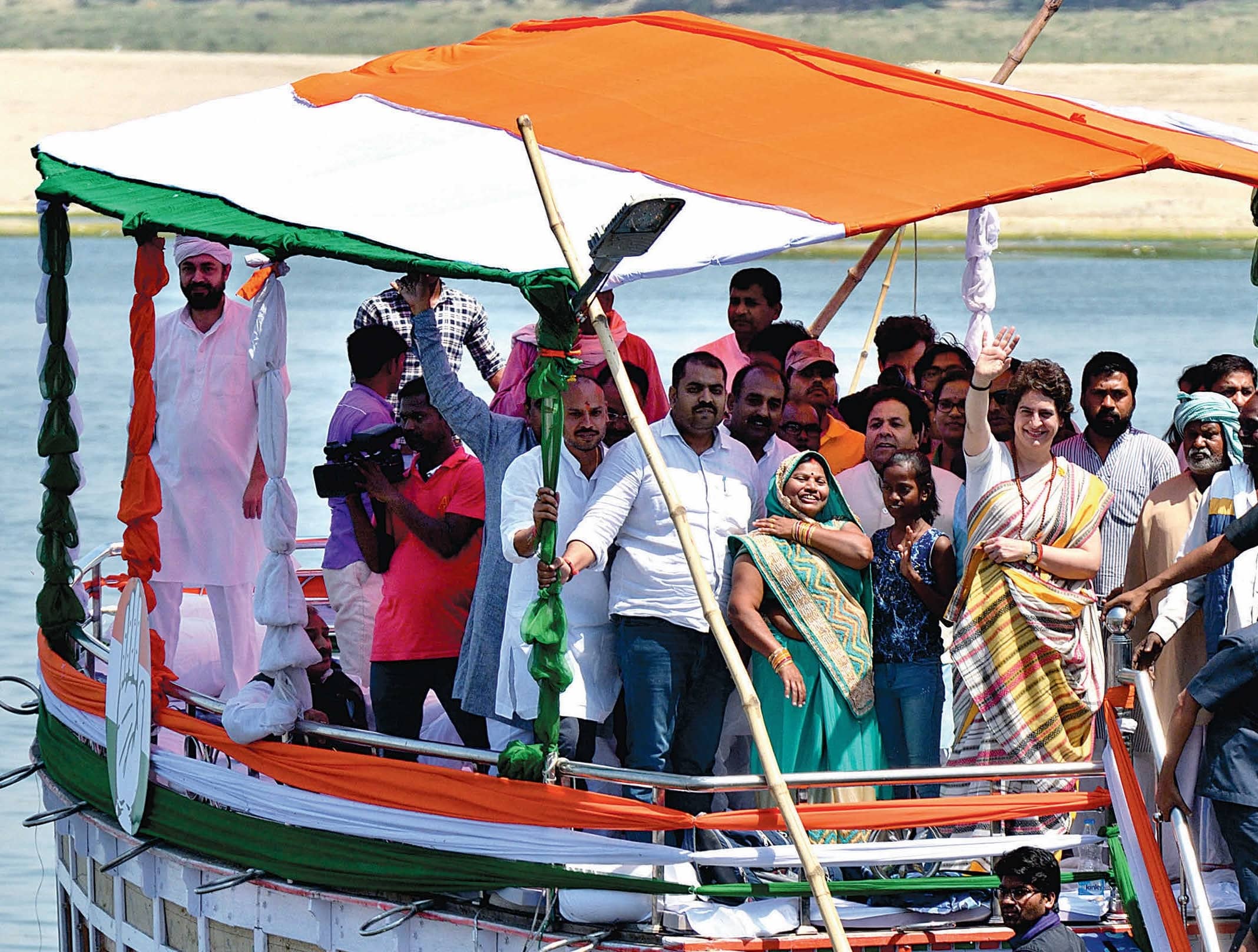 Priyanka Gandhi Vadra’s Ganga yatra was only the beginning of her journey to revive the Congress in Uttar Pradesh.

As the steamer, painted in tricolour, drew closer to Assi Ghat in Varanasi, a crowd of Congress workers surged towards it. Men and women broke through police barricades and dashed towards the boat to welcome party general secretary Priyanka Gandhi Vadra. Priyanka waved to the crowds as she disembarked. But, as she made her way to the ghat, there was a security scare that the narrow pontoon bridge leading to the riverbank would not be able to bear the rush of people.

With a lot of difficulty, Priyanka made her way through the melee and finally set foot in Varanasi. This was the final lap of her three-day boat yatra through the Ganga, which began in Prayagraj on March 18 and culminated in Varanasi on March 20. The yatra was significant as it marked the launch of Priyanka’s campaign for the Lok Sabha elections after she was put in charge of party affairs for eastern Uttar Pradesh.

The carefully crafted campaign saw Priyanka reach out to communities settled on the banks of the Ganga. The boat ride began with an interaction with students from Allahabad University. During the course of the journey, she met with people from different sections of society, including weavers and women’s groups. She also visited the homes of Pulwama martyrs in and around Varanasi.