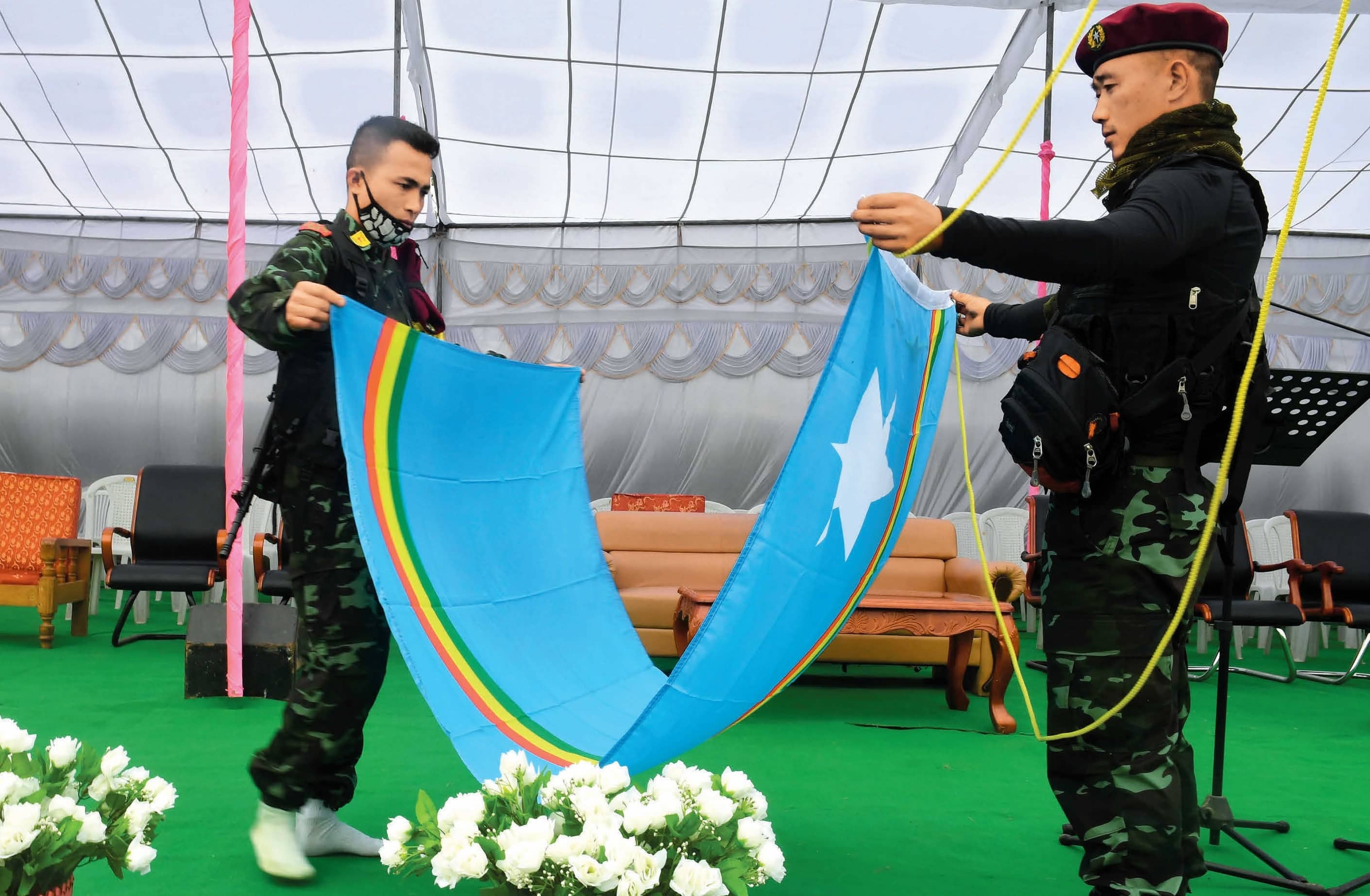 IN NOVEMBER 2019, the chief of the largest Naga rebel group—Thuingaleng Muivah of the Isak-Muivah faction of the National Socialist Council of Nagaland—left his government-provided bungalow in Delhi’s Lodhi Estate for Camp Hebron in Nagaland. The 85-year-old Muivah is the ato kilonser (prime minister) of the NSCN(IM), and his arrival in Hebron, the group’s military and administrative headquarters in Dimapur district, signalled that the peace deal that the Union government has long been negotiating with the Naga rebels had again hit a barrier.

The government had signed a framework agreement with the NSCN(IM) in August 2015, and it had set October 31, 2019, as the deadline to sign the final accord. But Muivah was not ready to settle for half measures. He wanted to realise the rebel dream of a greater Nagalim, encompassing territories in Manipur, Assam and Arunachal Pradesh, and having its own constitution and flag. So the NSCN(IM)’s chief negotiator told R.N. Ravi, Nagaland governor and the Centre’s interlocutor, that the agreement could not be signed in its existing form. “We have not compromised on the flag and the constitution,” Naga army chief Antony Shimray told THE WEEK.

The peace deal will require the dismantling of 13 camps maintained by various factions of the NSCN. The NSCN(IM) has nine such camps, the largest being Hebron. The Kitovi-Neopao faction of the NSCN has three camps, while the NSCN(Reformation) has one.