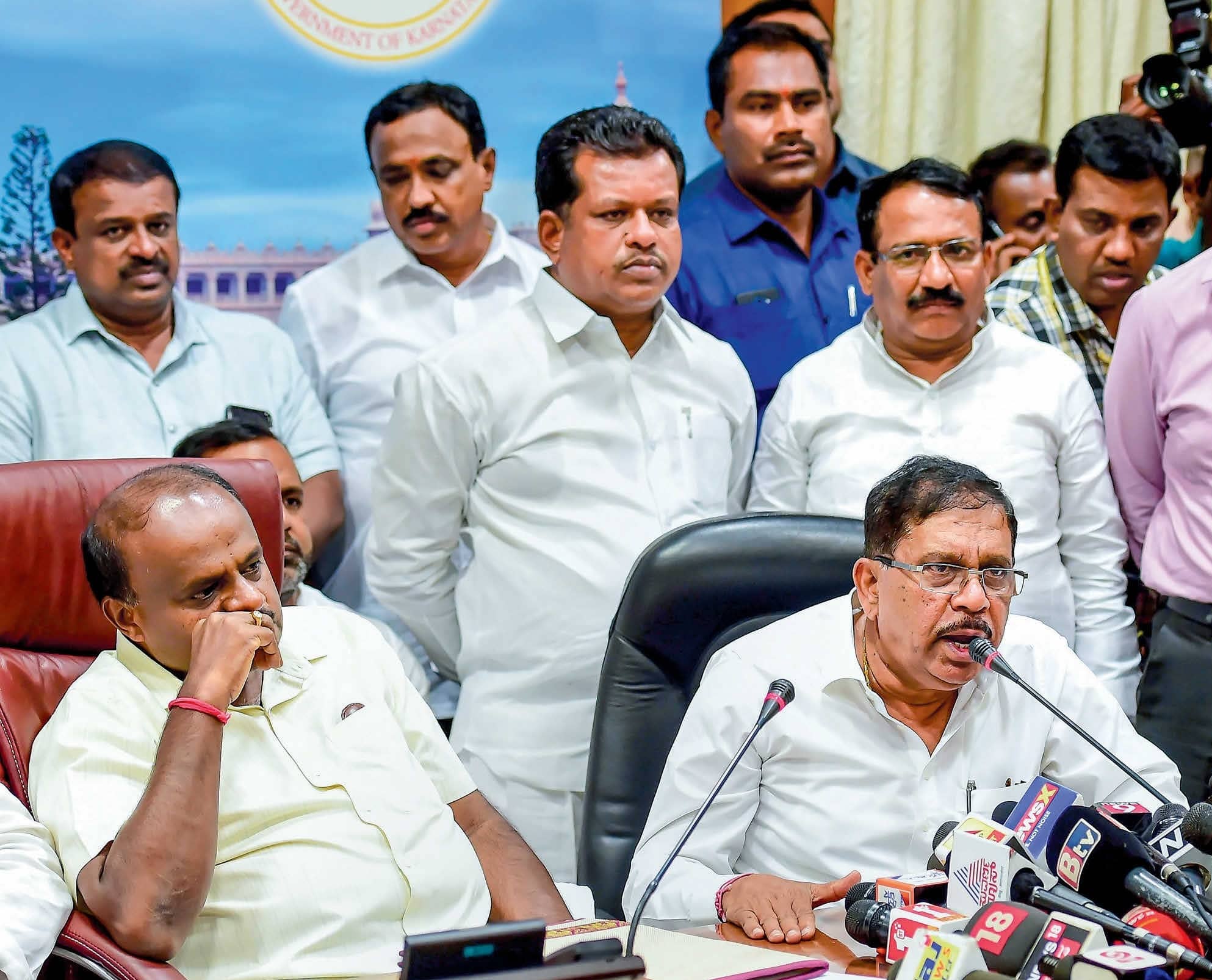 After achieving the remarkable feat of winning 25 of 28 Lok Sabha seats in Karna-taka, BJP state president B.S. Yeddyurappa appears confident about returning to power in the state as well. The alliance between the Congress and the Janata Dal (Secular) looks shaky as the Congress is a divided house and both parties are facing an existential crisis as they thrive on the same vote base. But a triumphant BJP says it will wait for the coalition to crumble on its own.

The coalition is worried about yet another round of ‘Operation Lotus’, the BJP’s plan to lure MLAs away from the coalition and bring the government down. Rebels led by Gokak MLA Ramesh Jarkiholi are often spotted in the BJP camp. The coalition leaders are trying to woo them back by offering them cabinet berths.

Siddaramaiah has been working hard to pacify the rebels, in a clear departure from his earlier stance questioning the stability of the coalition. Even after Kumaraswamy’s one-to-one meetings with the disgruntled MLAs and lengthy meetings in the presence of Congress general secretary K.C. Venugopal, there has been no consensus over the cabinet expansion. While Siddaramaiah is adamant about filling up only the three existing vacancies, Kumaraswamy wants to accommodate at least five dissidents even if it means dropping a few ministers.