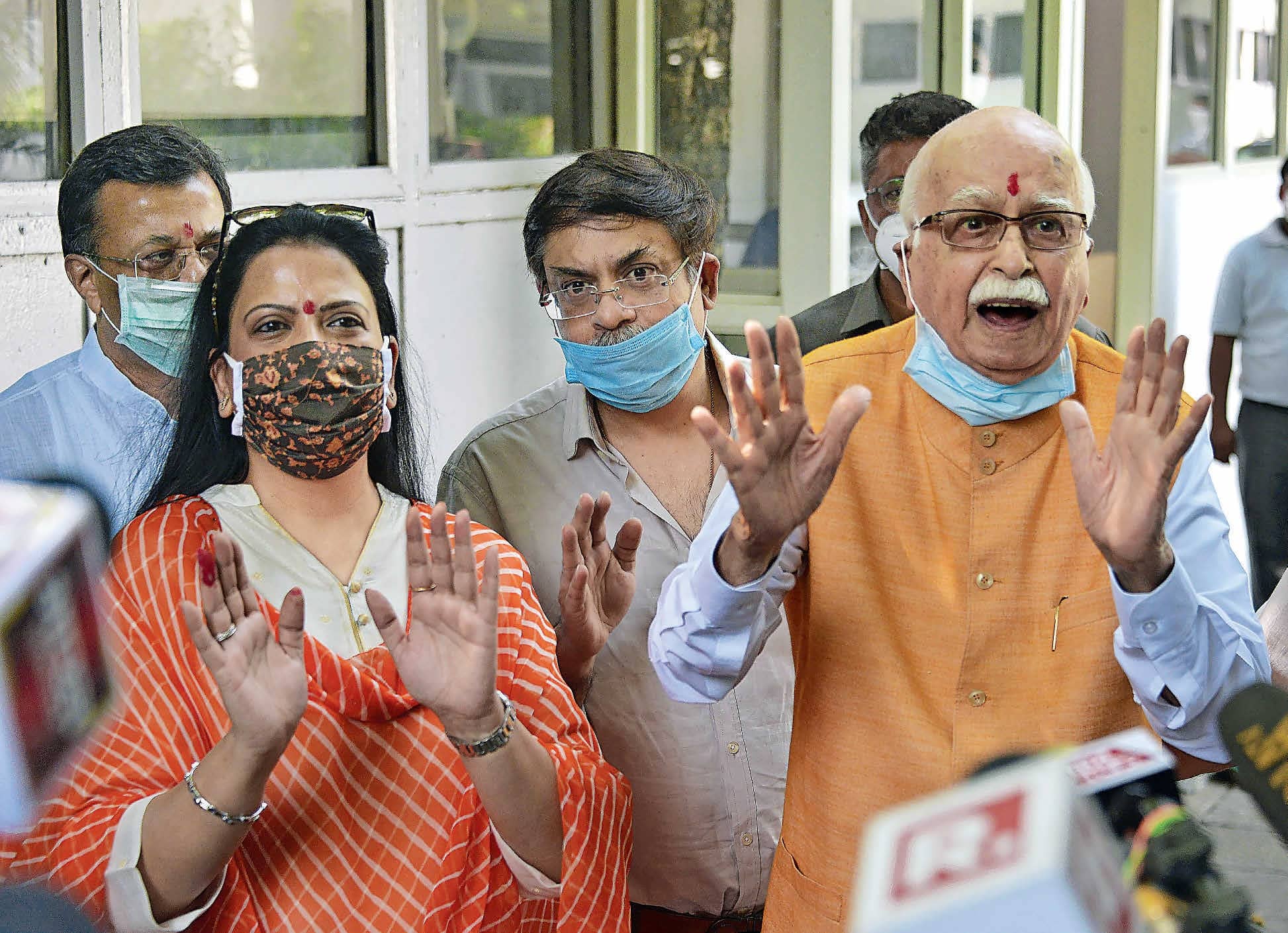 With veteran leaders having been pronounced innocent in the Babri Masjid demolition case, the BJP has fulfilled much of all it had set out to do

A FEW MONTHS after the BJP’s loss in the 2004 general elections, L.K. Advani became party president for the third time and explained the reasons behind the defeat in his address. “We assumed a direct correlation between good governance and the electoral outcome. We were not entirely correct,” said the 77-year-old leader, referring to the Atal Bihari Vajpayee government’s India Shining campaign. “Unfortunately, good governance in a country as large and diverse as India does not generate a uniform effect.” He then came to the missing ingredient from the BJP’s messaging. “In BJP’s voyage from the fringe to the centre of the political stage, we aroused many expectations, some extremely emotive,” he said. “We were unable to fulfil some of these. The construction of a grand temple in Ayodhya was one such issue.”

That was Advani’s call for a return to hindutva as an emotive issue, but it was something that even he did not push hard for. In an apparent bid for an image makeover, a few months later, he termed the demolition of Babri Masjid as the saddest day of his life. This left the BJP cadre confused till Narendra Modi rose to the top in 2014. Modi gave hope to the Hindu voters that he could fulfil their wish for a temple. As the prime minister laid the foundation of the Ram temple on August 5, Advani was missing from the ceremony.

On September 30, 56 days after the ceremony, a special CBI court acquitted all accused in the conspiracy to demolish the mosque. The CBI charge sheet of October 1993 named 48 persons including Advani, M.M. Joshi, Uma Bharti, Kalyan Singh and Vinay Katiyar; only 32 of them are alive today.