Pain And No Gain 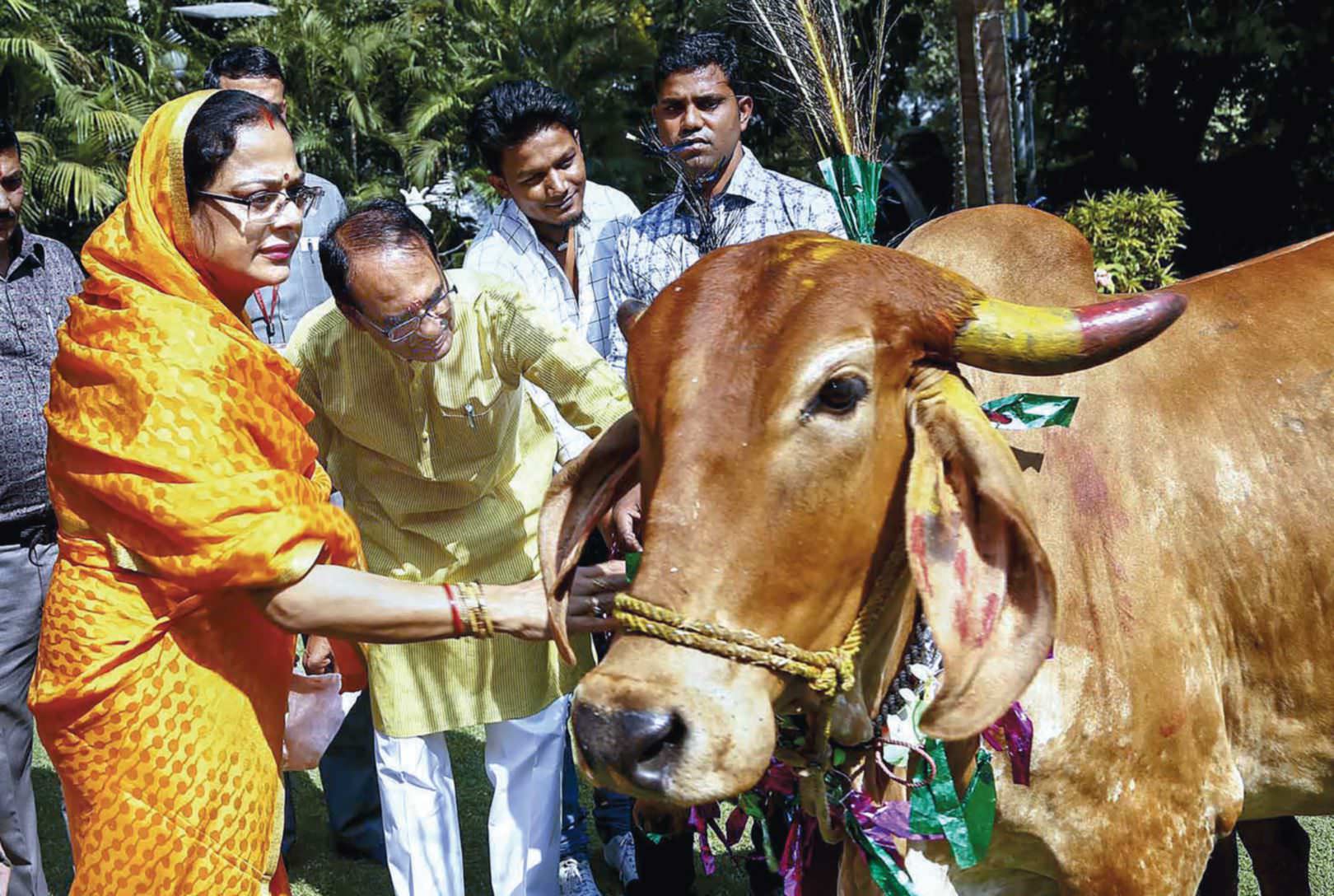 Despite having spent more than a year in campaign mode, Shivraj Singh Chouhan is struggling to beat anti-incumbency

Shivraj Singh Chouhan is facing the toughest battle of his political life. He has been campaigning 18 hours a day to win a fourth consecutive term as Madhya Pradesh chief minister. But, with the exception of his friend and Union Minister Narendra Singh Tomar, Chouhan has not received much help from the BJP’s national leaders. Prime Minister Narendra Modi is yet to address an election rally in the state, while Congress president Rahul Gandhi has made six visits so far.

The state has been a citadel of right-wing politics for the past 15 years. The BJP has been so dominant that it has 26 of 29 Lok Sabha seats, 165 of 230 assembly seats, and is in power in 14 of 16 municipal corporations, 43 of 71 municipalities and 119 of 204 municipal councils. BJP leaders are at the helm in almost all institutions that matter, be it cooperative bodies or sociopolitical organisations. “The BJP has never been so powerful and omnipresent as it has been in the past five years,” said political analyst Praveen Dubey.

The law of diminishing returns, however, appears to be kicking in. Voters have grown tired of Chouhan, who has been addressing at least seven rallies a week and has visited all 51 districts in the state at least twice.

Chouhan has been in campaign mode for more than a year. After completing a five-month, government-sponsored Narmada Seva Yatra in 90 assembly constituencies early last year, he embarked on a statewide tour called Vikas Yatra. After concluding it in July, he began Jan Ashirwad Yatra, which had Chouhan and his wife travelling in a 03-crore Isuzu bus customised by automobile designer Dilip Chhabria.