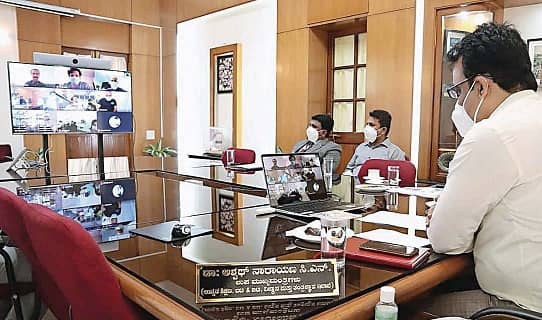 A 55-year-old man with chronic liver disease and severe cough was recently rushed to the intensive care unit of the Covid-19 hospital in Karnataka’s Bagalkot district. As he tested positive and his condition deteriorated, doctors feared that he might succumb to the pandemic just like the hospital's first critical patient who was admitted in March. This man, however, survived. A team of specialist doctors from Bengaluru, who are part of the state’s Tele ICU initiative, helped doctors in Bagalkot treat the patient. “The patient was a former alcoholic and was in a critical state,” said Dr Chandrakant Javali, senior specialist physician in Bagalkot. “But Tele ICU helped save the patient. I feel I would not have lost the first patient if Tele ICU had been there earlier.”

For doctors in peripheral hospitals who battle limited infrastructure and poor access to treatment protocols, Tele ICU has been a boon. Set up in mid-April, Tele ICU is an online facility to treat critically ill patients in remote areas with the help of off-site experts and technology. The state government has roped in two private hospitals—Columbia Asia and Manipal Hospitals in Bengaluru—to act as the nerve centre of 29 district hospitals designated as Covid-19 hospitals. Tele ICU has pulmonologists, intensivists and critical care experts conducting e-rounds to monitor critical cases in remote areas twice a day.

Karnataka has had 1,568 high-risk patients; 749 of them have been discharged and 755 are being treated. Out of the 207 deaths reported till June 15, eight patients were brought dead. A good number of cases were late referrals from private hospitals.