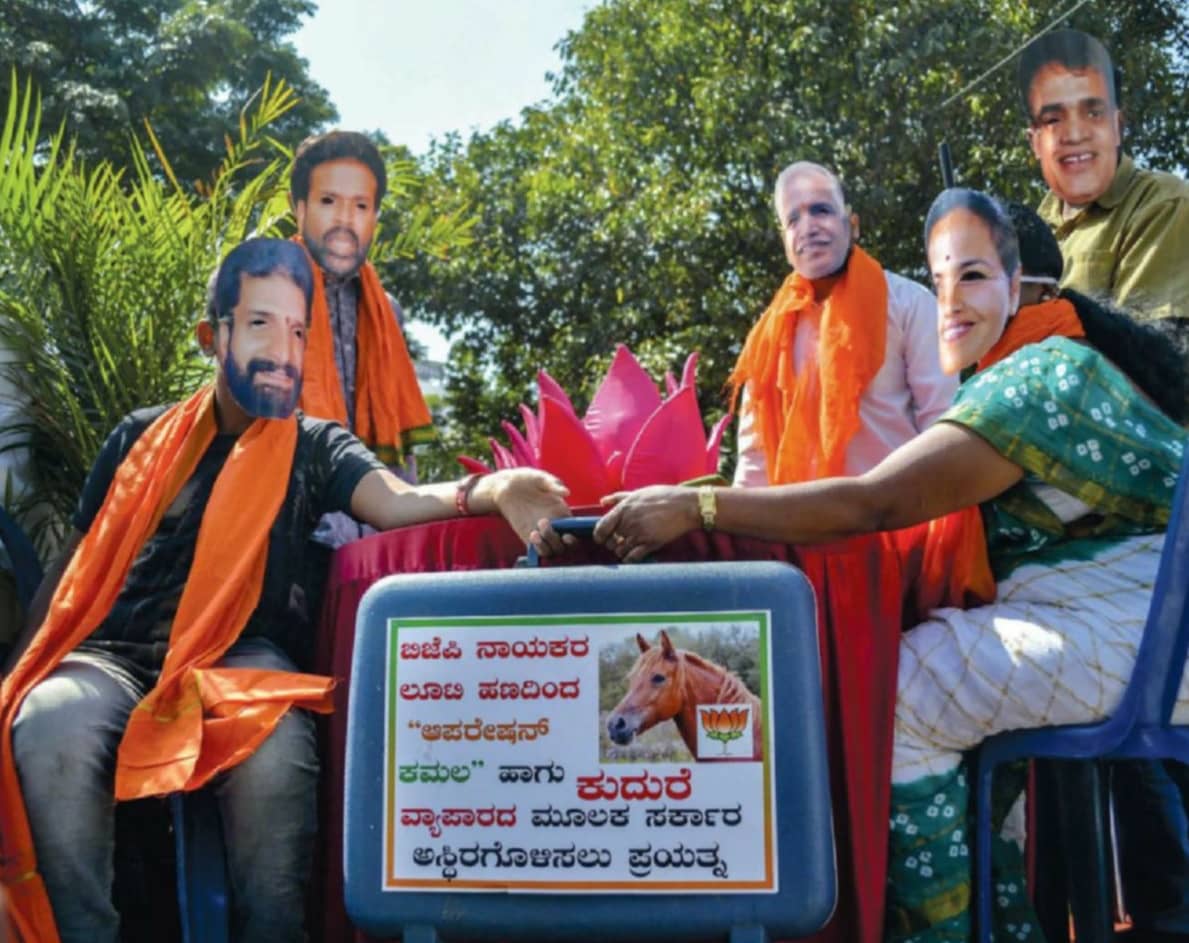 Congress may have managed to avert a coup, but it still needs to tackle the growing dissidence within the party.

WITH THE POACHING season over for now, politicians in Karnataka are out of the woods (read resorts).

The BJP’s ‘Operation Kamala’—to topple the Janata Dal (Secular)-Congress coalition government by poaching Congress rebel MLAs—failed yet again (it has been using this tactic since 2008 when the BJP, with 110 of 224 seats, needed three seats for a clear majority). As the BJP herded its 104 legislators to the ITC Grand Bharat in Gurugram on January 14, a few disgruntled Congress MLAs, headed by Gokak MLA Ramesh Jarkiholi, quietly checked into a Mumbai hotel. Also, two independent MLAs—H. Nagesh and R. Shankar— withdrew their support to the government. On January 18, the Congress packed off its 79 MLAs to the Eagleton resort in Bengaluru. The deadlock ended when Sri Shivakumara Swami, head pontiff of Siddaganga Mutt, died on January 21, and the cooped up MLAs rushed to Tumakuru to pay their last respects.

While it managed to avert a coup, the Congress is far from triumphant. The midnight brawl between Vijayanagar MLA Anand Singh and Kampli MLA J.N. Ganesh, said to be Singh’s protege, on January 20 at the resort embarrassed the party further. Singh, in his police complaint, said, “Ganesh accused me of not extending financial aid to him during the elections. He used expletives and assaulted me by throwing a flowerpot. He grabbed me and banged my head against the wall. He said I had ruined his political career and he would kill me.” Ganesh, who denied the assault, was booked for attempt to murder and criminal intimidation. Protests have erupted in Hospet, with Singh’s supporters demanding Ganesh’s arrest.