No Underhand Deal To Form Government 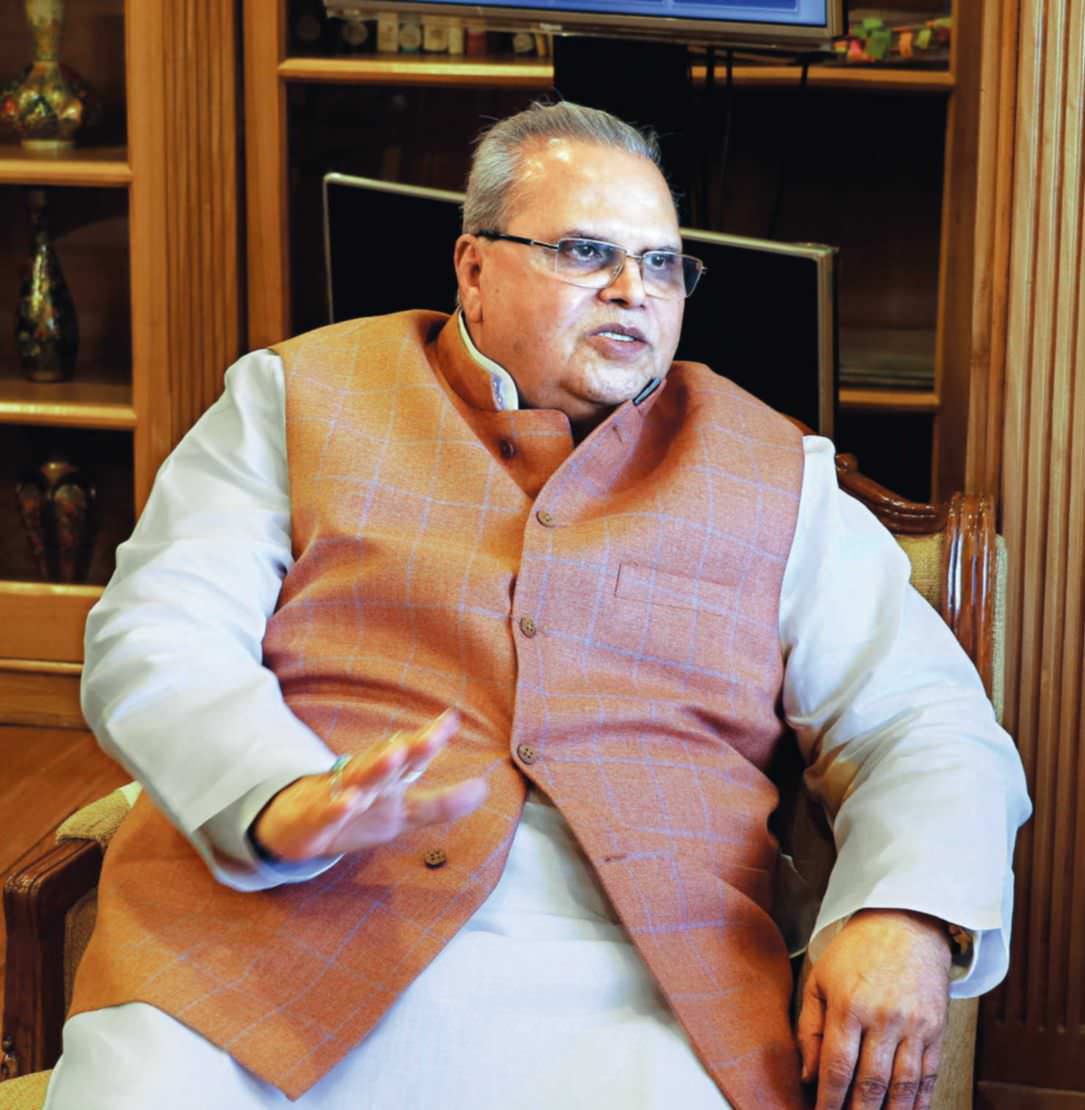 An Elected Government Will Be Back Very Soon. Only They Will Take A Stand On Article 35A.

The sudden collapse of the Mehbooba Mufti government in Jammu and Kashmir on June 19 added to the growing instability of the conflict-ridden state. Complicating the situation, the governor N.N. Vohra had only a few days left to complete his second term when the BJP withdrew from the coalition government led by Mehbooba’s Peoples Democratic Party. Looking for the right person to replace Vohra, the Union government considered the names of several bureaucrats and retired generals, but it wanted someone with proven political acumen as well as administrative skills.

On August 21, it appointed a seasoned politician, Satya Pal Malik, as the new governor. Malik was the governor of Bihar when the announcement came. “I was told I had been chosen after a one-month deliberation and asked to take a flight to Kashmir that very moment and take the oath the next day,” Malik told THE WEEK in an exclusive interview.

A former Union minister from Uttar Pradesh, Malik has been a member of Parliament three times and an MLA once. He has clean image, suave negotiating skills and personal rapport with J&K politicians like Farooq Abdullah of the National Conference and Ghulam Nabi Azad of the Congress. Mufti Muhammad Sayeed of the PDP was a friend and colleague of his in the V.P. Singh government.

Even after Malik’s appointment, there was talk that the BJP might form a new government in the state with the help of Sajjed Gani Lone of the Peoples Conference and PDP dissidents. Malik, however, stated in this interview that a new government would be formed only after holding fresh elections to the J&K assembly. Excerpts from the interview:

How has been your Kashmir experience thus far?

I am trying to understand the situation in Kashmir. I am liking it here. There is a lot to do. People are very cooperative and we are trying to provide a sensitive and responsive government. For example, all deputy commissioners and my advisers will listen to the grievances of the people. The problem is that people are not being heard.

Many development projects were stuck for lack of funds. But we have secured ₹8,000 crore to finish the work on all incomplete projects in six months, in all three regions of the state. Dal Lake will be restored to its original glory in a year. In the first meeting, I took up the issue of the flood threat. Preparations to deal with any eventuality are being made on a war-footing.

You have been the governor of Bihar and Odisha before. How do you compare the two states with Jammu and Kashmir?

The problems in Bihar and Odisha are different from Jammu and Kashmir’s. There's a lot of poverty in Bihar. The state is very fertile, [but] there is a need to improve the agricultural production. [Chief Minister] Nitish Kumar is working very hard. I have good relations with Nitish and [former CM] Lalu Prasad Yadav. I worked a lot for the improvement of higher education in Bihar. There were a hundred colleges owned by politicians. I ensured the closure of those colleges by introducing the centralisation of examinations. I enjoyed my tenure in Bihar. People are very warm and supportive there.

Odisha is an ideal place to invest time and energy. There, I went to places where Naxals are active. I also went to tribal areas. The chief minister of Odisha [Naveen Patnaik] is doing a fantastic job.

You have worked with prime ministers Charan Singh and V.P. Singh. How do those times compare with today and with Prime Minister Narendra Modi at the helm?