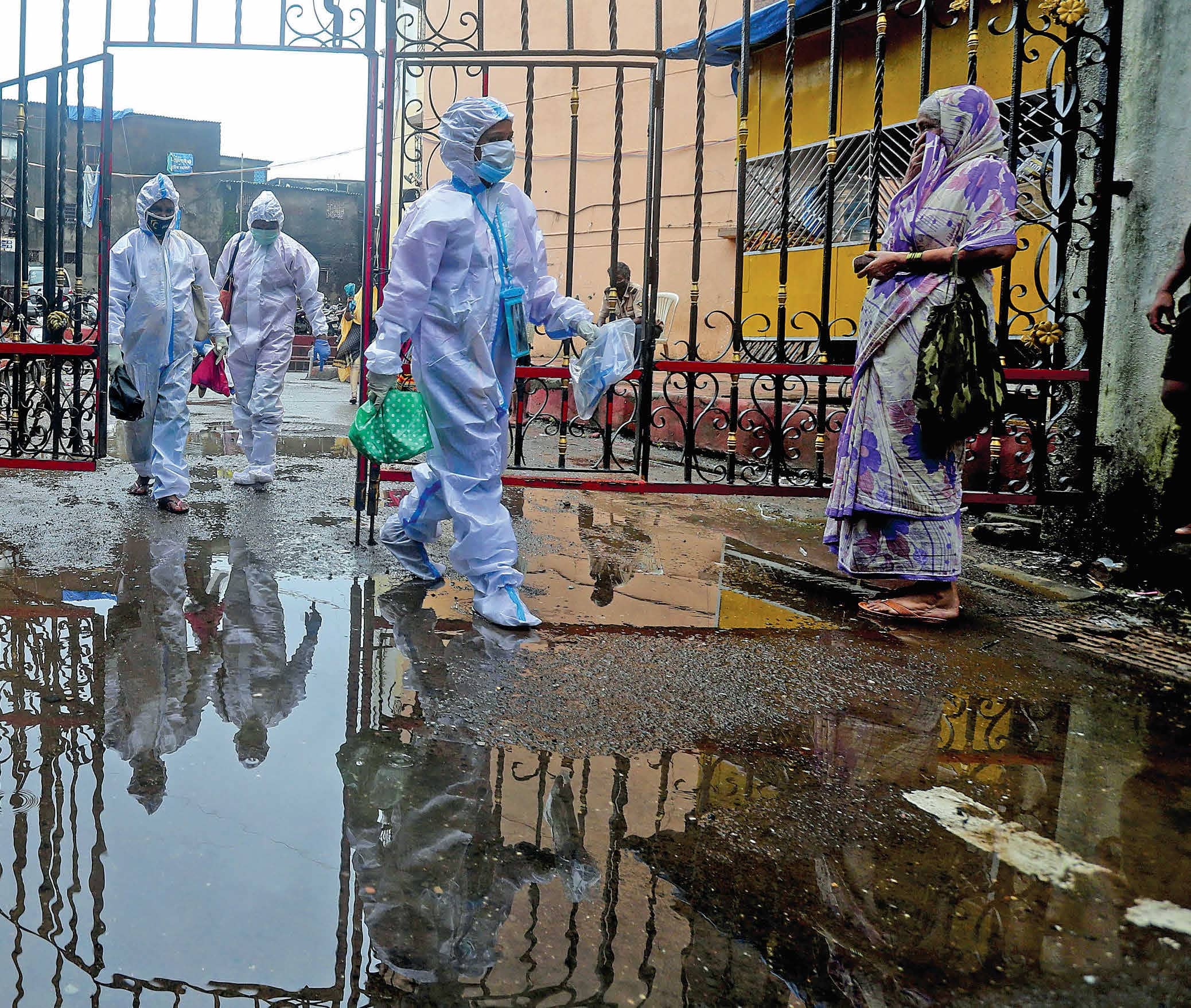 Herd immunity could slowly kick in across big cities, but vaccinations will be the safer bet, given the uncertainty around antibodies

RECENT COVID-19 sero-surveys done in major cities such as Delhi, Mumbai and Ahmedabad indicated that a large number of people have already been infected in each of these densely populated cities. In Delhi, the numbers suggested that 22.86 per cent people had already encountered the virus; in Ahmedabad it was 49 per cent. Mumbai results showed a wide variation of 16-57 per cent in non-slum and slum areas.

Large numbers of infections, mostly asymptomatic and relegated to specific areas within these cities, have triggered a debate over its implications for Covid-19 management, as well as the optimistic, wishful scenario of attaining herd immunity.

So, are those in large cities at least closer to being immune?

In Delhi, the infection had spread fast in a couple of months, according to results of the two sero-surveys, said Dr Jugal Kishore, head of community medicine, VMMC and Safdarjung hospital. The first all-India sero-survey done by ICMR indicated 12 per cent people had antibodies in the month of May, and the one in July suggested 22.86 per cent had antibodies in June, Kishore said.

Kishore said that herd immunity was a possibility, given the extensive spread of the disease. But he added that in a city like Delhi, the number of cases were coming down, indicating that the city had crossed its peak. Other factors such as innate immunity may need to be studied to understand the disease better.