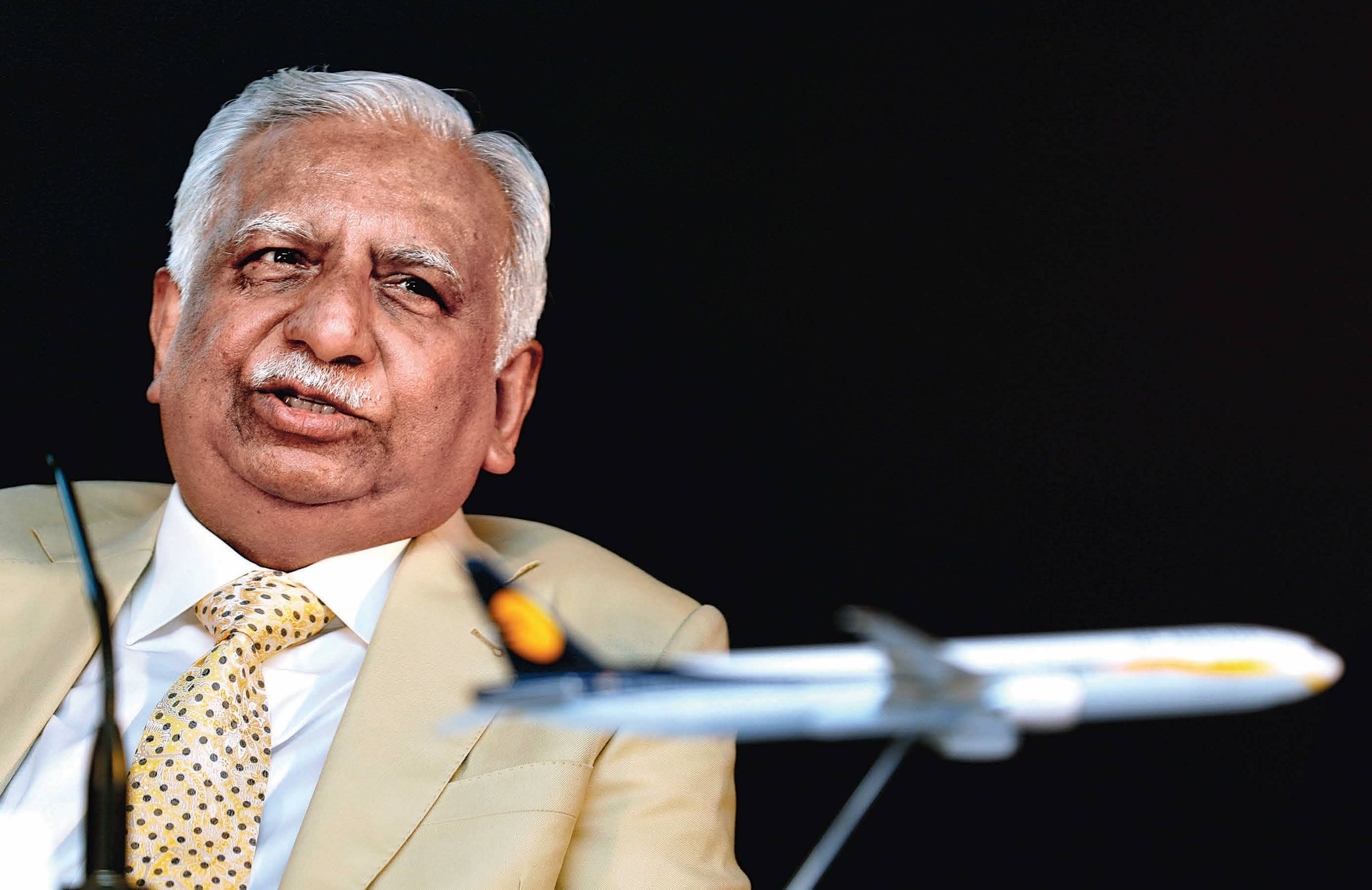 MANY CABINS IN Delhi’s Rajiv Gandhi Bhawan, which houses the civil aviation ministry, were vacant for most of the day on March 20. The senior officials were all at North Block. Aviation Minister Suresh Prabhu had called a meeting, which was attended also by finance ministry officials. The agenda was the beleaguered Jet Airways.

Earlier, several Jet Airways trade unions had written to the government, seeking its immediate intervention. The National Aviator’s Guild, which is a union of Jet pilots, wrote to Prime Minister Narendra Modi, seeking his help to get their overdue salaries. The Jet Aircraft Maintenance Engineers Welfare Association wrote to the Directorate General of Civil Aviation requesting its intervention for salary payment.

Before the meeting, Kharola and Nripendra Misra, who is the prime minister’s principal secretary, had apprised Prabhu and Finance Minister Arun Jaitley of the status of the airline’s business. Jet Airways has a debt burden of about 8,200 crore, and another 13,000 crore that it owes to vendors and lessors. Most of its employees have not been getting salaries for months.