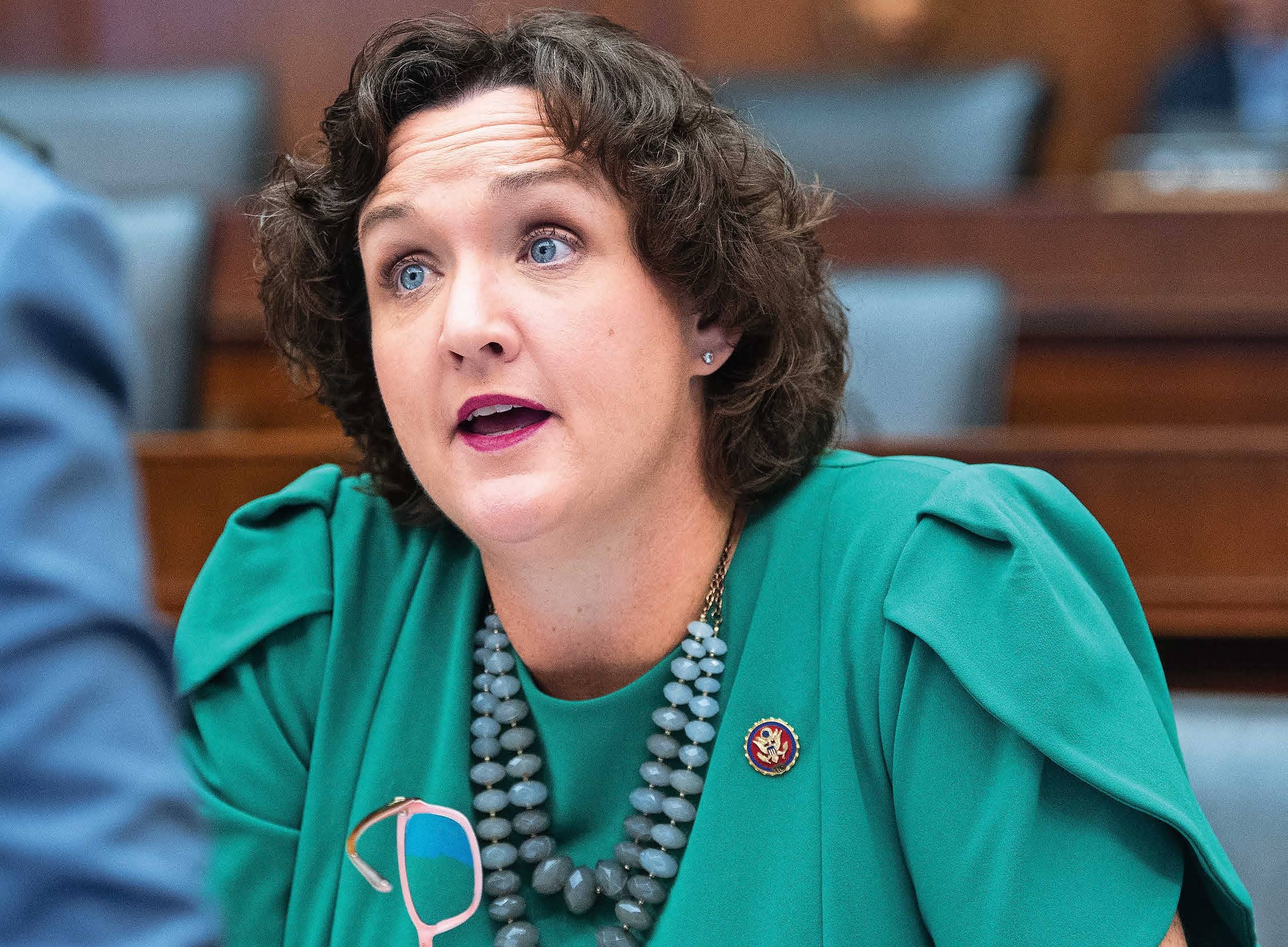 If you’re full of bullshit, I’m coming for ya,” says California congresswoman Katie Porter.A rising star of the Democratic party, Porter has Capitol Hill abuzz. In fact, that has been the case since 2018, when she shocked America by becoming the first Democrat to win California’s 45th congressional district, created in 1983. Porter’s razor-sharp politics makes her a serious contender for the senate seat that Kamala Harris would vacate if she becomes vice president. Porter is open to the idea, but she has more pressing issues on her mind. Taking down the Trump presidency, for instance.

Her rockstar image strengthened in April this year, when she raised $4.6 million—30 times more than her opponent Greg Raths of the Republican party did. Recognising her star power, the Democratic party has enlisted her help in its ‘Red to BOLD’ campaign, aimed at flipping seven Republican seats in Nebraska, Texas, New York, Michigan and Florida. “To achieve big change, I need more allies in Congress. And I’m asking for your help to make it happen,” Porter says in her fundraising emails.

As she winds down a virtual ballot party attended by THE WEEK, she reaches for a dry erase marker. “If you have any doubt about whether it is worth it for you to vote in this election,” she tells the audience, “I brought the whiteboard and here are some of the reasons. Climate change. Let me break it down for you. Do we all want to die? No. So vote.

As she reels off other reasons— health care, women’s reproductive freedom, criminal justice reform— one begins to see President Katie Porter as a distinct possibility in the future. She furiously scribbles “Will you vote?” on the whiteboard, and issues a sober reminder: “Your voice is your vote. It is not enough to write things on Twitter.”

As she waits for the fruits of the Red to BOLD campaign, Porter continues to pore over legislative work, hold people in power accountable and, of course, raise her three kids. Divorced, Porter is the only single mom in the US Congress. She splits her time between Washington, DC, and Irvine, California, where her three young children go to school. Every weekend, the minivan-driving supermom heads back to Irvine, does her chores, and volunteers with her children’s Cub and Boy Scout troops.