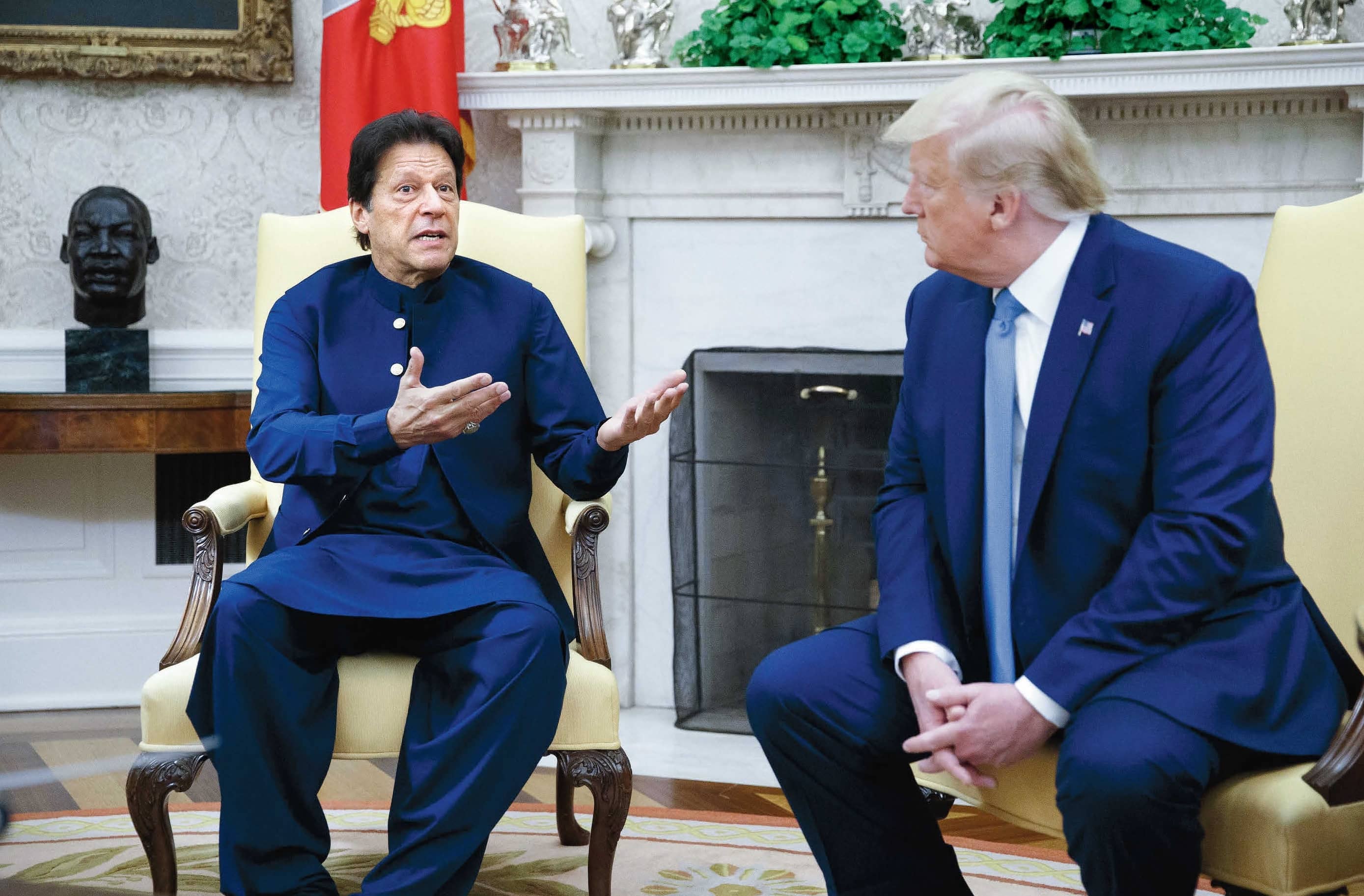 As Donald Trump tries to extricate his troops from Afghanistan, Pakistan is back in favour and India seems to be left out in the cold

IT IS THE new bromance. And, it has already made headlines. The first meeting between US President Donald Trump and Pakistan Prime Minister Imran Khan was a success. Imran was forced to take the airport bus on arrival and had his army chief General Qamar Bajwa for a chaperon, but he managed to hit an unexpected six. With Trump offering to mediate on Kashmir, suggesting that Prime Minister Narendra Modi had asked him to, Imran “took advantage of Trump’s bottomless vanity”, and dragged the US president further into the mess, proving that he is as wily a leader as he was a cricketer.

India has categorically refuted Trump’s statement, with External Affairs Minister S. Jaishankar issuing a statement in Parliament. The unequivocal rebuttal came after the foreign ministry went through records of the conversations Modi had with the Americans, making it clear that it was a classic Trump remark—high on emotion, but not really based on facts. The US administration, meanwhile, went on a damage-control exercise by endorsing the Indian line on Kashmir. “While Kashmir is a bilateral issue for both parties to discuss, the Trump administration welcomes Pakistan and India sitting down and the US stands ready to assist,’’ read a tweet signed by Alice Wells, the acting assistant secretary of state for south and central Asian affairs. Also, Kashmir was not mentioned in the White House readout on the Trump-Imran meeting.