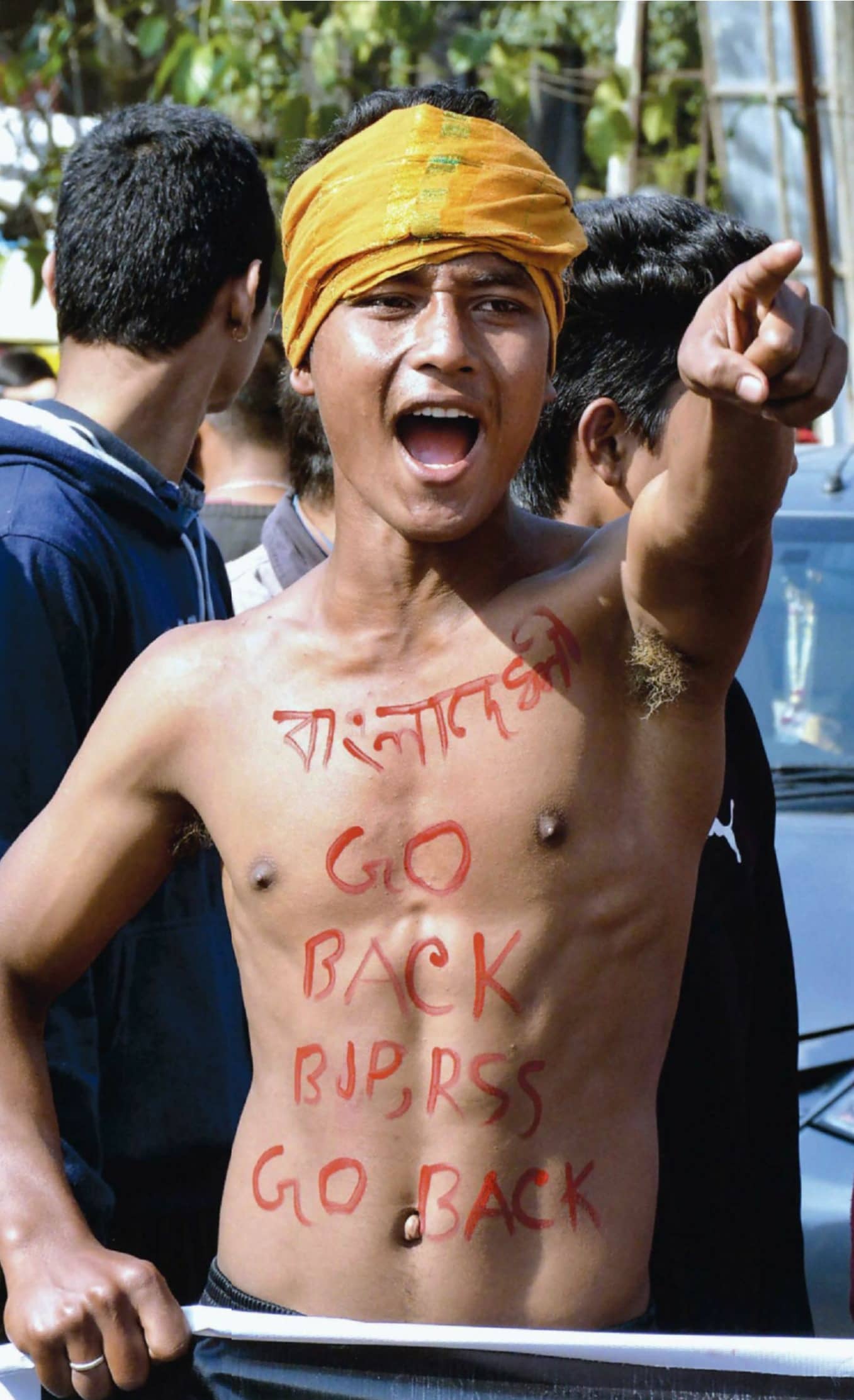 Most northeast states are flaying the BJP for the Citizenship (Amendment) Bill. Could they be gearing up for a political change after the Lok Sabha elections?

Winds of change are blowing in the northeast. The Cen-tre's contentious Citizenship (Amendment) Bill, 2016, has divided the region, with more and more people taking an anti-BJP stand. Some of the party's own lawmakers are up in arms against the bill, which would give citizenship to persecuted Hindus, Christians, Parsis, Sikhs, Buddhists and Jains from Bangladesh, Pakistan and Afghanistan. The northeast, particularly Assam, would have to bear the brunt of the influx.

At least six BJP MLAs in Assam, including speaker H.N. Goswami, slammed the Centre's decision to pass the bill in Parliament. The Lok Sabha passed it on January 8, and it will be tabled in the Rajya Sabha in the budget session.

The disgruntled MLAs went public with their protest, and will reportedly face disciplinary action soon. Their target was Chief Minister Sarbananda Sonowal, who was against illegal immigration as a firebrand member of the All Assam Students' Union. He joined the BJP and became chief minister on the same plank.

But now, more than two years later, he and the state BJP are in a dilemma. The National Register of Citizens draft, published last July, left out 40 lakh people in Assam, of which 20 lakh were Hindus, says the AASU. As the BJP (in Delhi) could not alienate its core base of Hindus, it had to tweak its stand on the illegal immigration issue.

The bill has split the Brahmaputra valley (mostly Assamese) and the Barak valley (mostly Bengalis). On January 8, moments after the Lok Sabha passed the bill, BJP spokesman Mehdi Alam Bora resigned. “An infiltrator cannot be divided into Hindu or Muslim,” he said. “The irony is that the people who fought the infiltrators are now in favour of [them].”

The state BJP has slapped show-cause notices on some MLAs, but no senior leader has openly addressed the dissent in the party. “It is a serious issue,” said a senior leader. “The party leadership will take a call. The MLAs have felt the pulse of the people and the disgruntlement in their constituencies. So, they have to respond to the call of the people. The central leadership should have understood that and should not have passed the bill in haste.”

Said BJP MLA and former Asom Gana Parishad leader Atul Bora: “What should I be afraid of? I am an MLA and I am within my rights to condemn the passing of this bill as my people do not like it. I will continue to do that.”