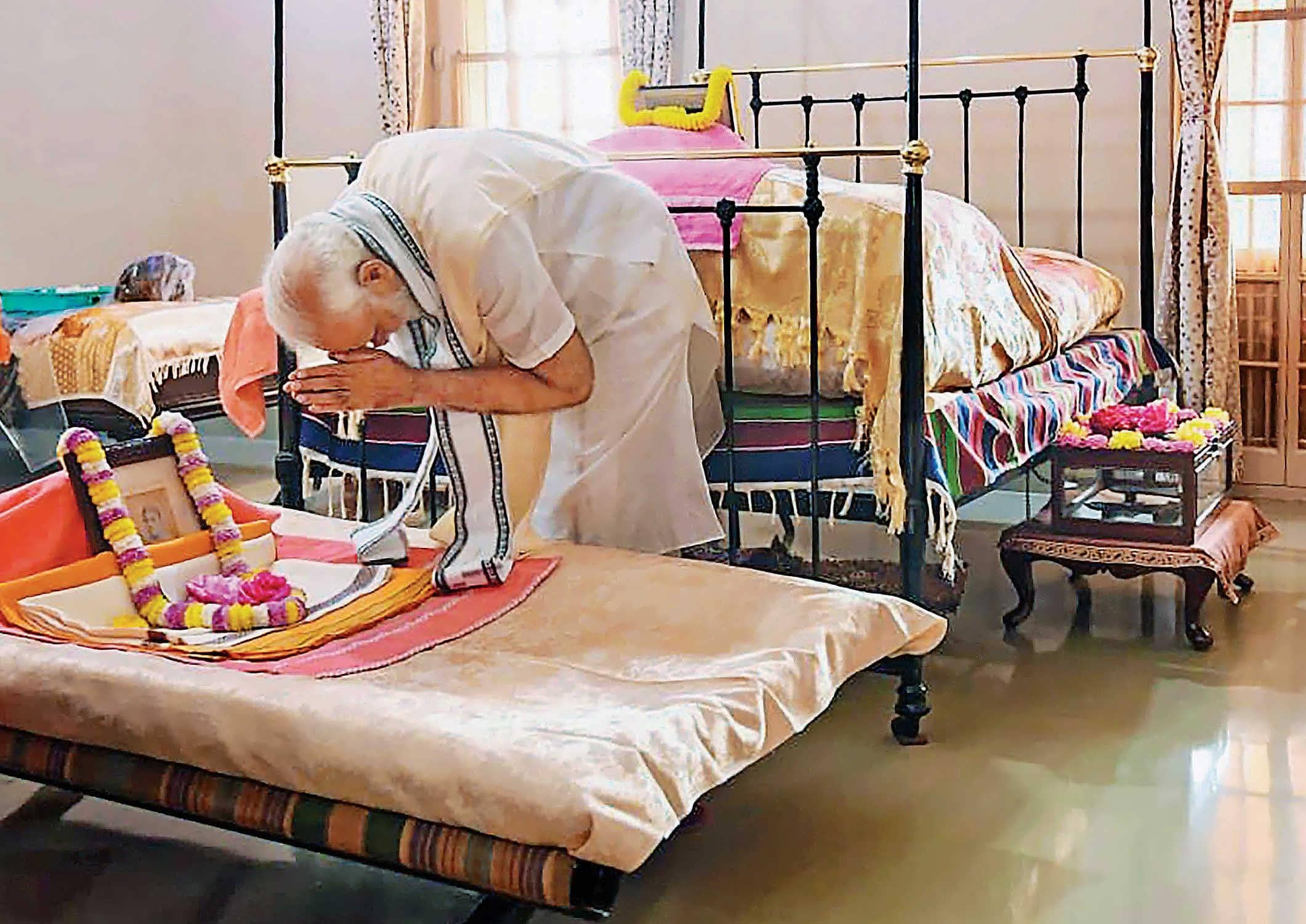 ON JANUARY 11, a day before the 157th birth anniversary of Swami Vivekananda, Prime Minister Narendra Modi was in Kolkata for a two-day visit. He chose to spent the night at Belur Math, the headquarters of the Ramakrishna Math and Mission founded by Vivekananda. The visit, however, was marred by widespread protests against the Citizenship (Amendment) Act passed by his government.

Students protested in locations across Kolkata where Modi was scheduled to stop by or would pass by. Waving black flags and shouting anti-CAA slogans, they asked the prime minister to “go back”. The massive protests forced Modi to take a helicopter to the Raj Bhavan from the airport. From there, he took a boat to Belur Math.

While the protests were led by the left parties, Chief Minister Mamata Banerjee, too, joined in to demonstrate her opposition to the CAA and the National Register of Indian Citizens, even as she fulfilled her constitutional obligation of receiving and accompanying the prime minister. “Nobody knows which side she is in,” said Pradip Bhattacharya, a Congress member of the Rajya Sabha. Mamata clarified that as chief minister she had to follow protocol and receive the prime minister. She met Modi at the Raj Bhavan wearing a black badge and told the prime minister that West Bengal would not accept the CAA, NRIC and the National Population Register. After sharing the dais with Modi, she rushed back to speak to student protesters and asked them not to target the prime minister’s meetings in the city. As the students started chanting “Go back, Mamata”, she joined them and shouted slogans against Modi.